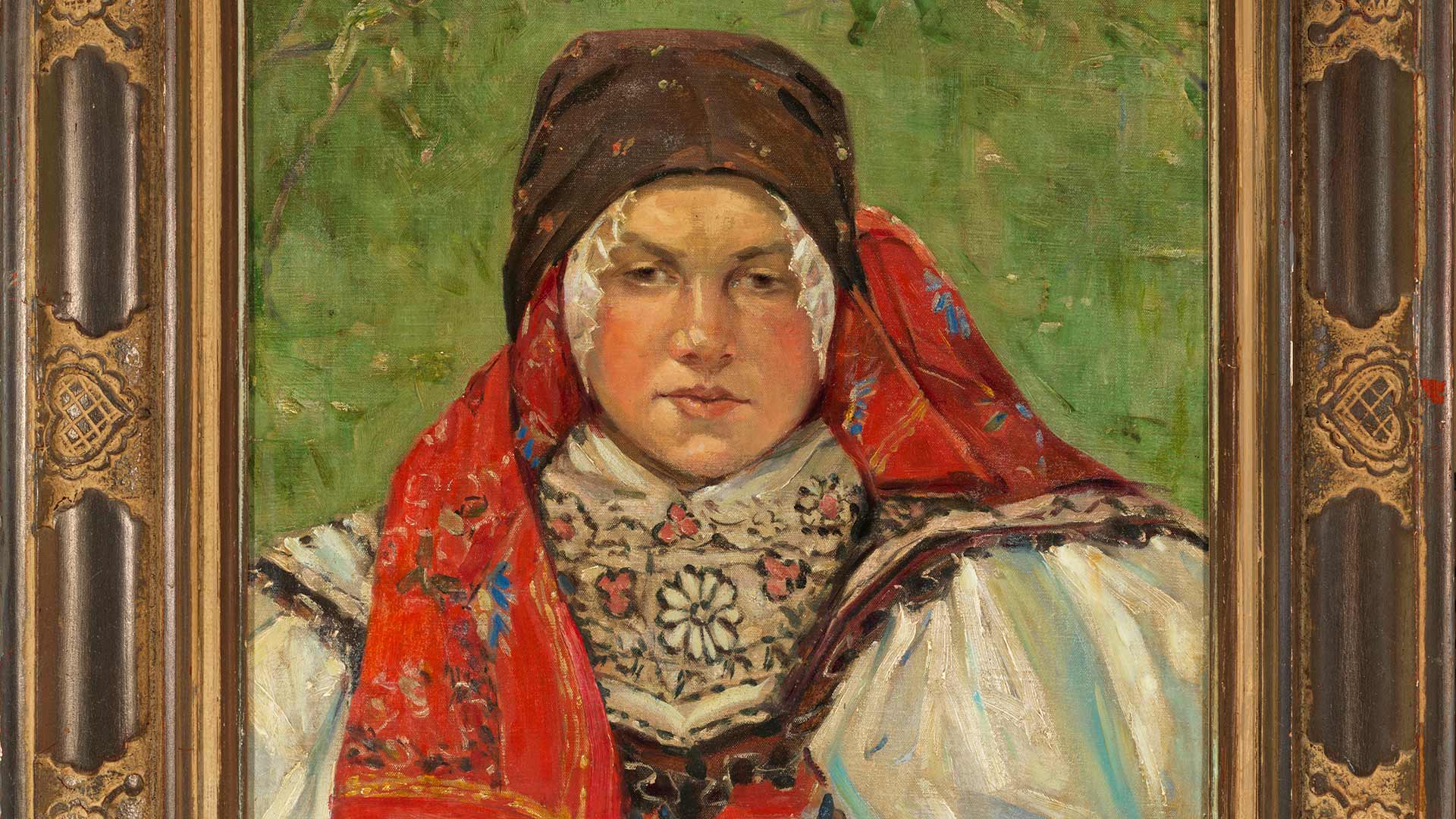 Exhibit: National Treasure: The Art of Joža Uprka from the George Drost Collection

The work of Czech artist Joža Uprka (1861–1940) documents the folk life of Southern Moravia (now in the eastern half of the Czech Republic). This selection of paintings, on loan from American collector George Drost, accompanies the production of Leoš Janáček's opera "The Adventures of Little Sharp Ears" at Krannert Center for the Performing Arts, which also uses Moravian folk costumes and settings. Drost, who lives in Arlington Heights, Illinois, was born in Brno in the Czech Republic and has been collecting Uprka artwork since the 1990s and has amassed a significant collection in the United States.

“For much of its history, modern art held in balance two seemingly contrary tendencies. Perched between the old and the new, it oriented itself to artistic innovation and new creative ideas, while at the same time maintaining a deep interest in the precedent of tradition and history. This duality defined the modern movement in the major art centers of Europe, where modernism first emerged, as well as in the many other cities and regions across the globe where it took hold. The artist Joža Uprka embodied it. A worldly inhabitant of the late Austro-Hungarian empire who moved comfortably through cosmopolitan artistic circles in Prague, Munich, and Paris, Uprka structured his life and art around the rural, picturesque part of southeast Moravia known as Slovaìcko, where he was raised, and where he returned to work for most of his professional career. Active from the 1880s through his death in 1940, he was the region’s principal artistic chronicler and one of its leading public figures. Throughout the years, his art has helped shape Moravia’s understanding of its own identity and history and defined its place in the broader cultural imagination.”

—from "Joža Uprka's Modern Traditionalism” by Dr. Nicholas Sawicki in National Treasure: The Art of Joža Uprka from the George T. Drost Collection.

Previous Event: Be Inspired by In Her Closet
Next Event:Mindful Meditation