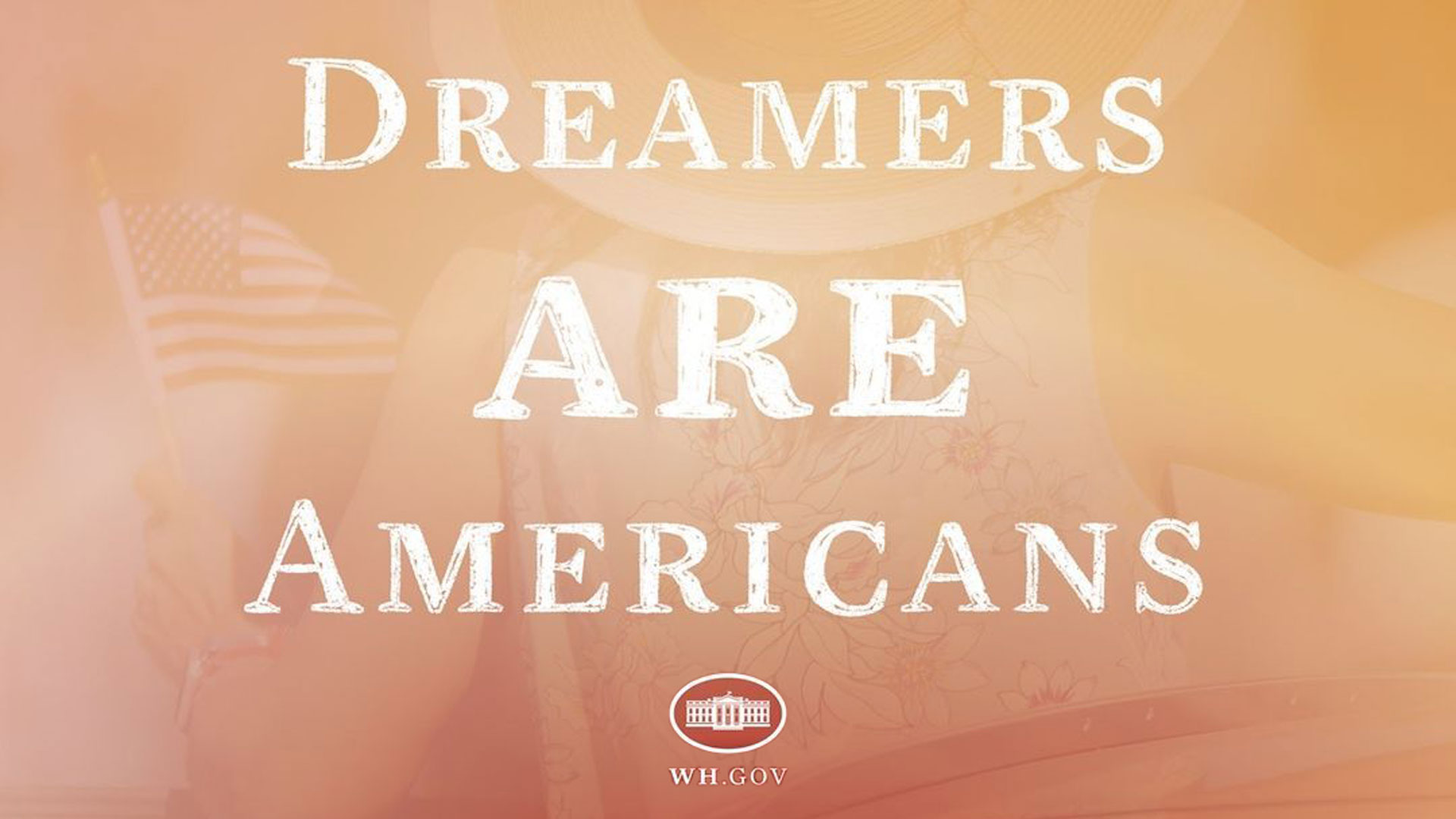 Spurlock will be hosting a panel discussion on Thursday, March 4 at 4pm, “Dreamers Reflect on DACA,” as part of our series: Contemporary Conversations on Race.

Dreamers, who are most impacted by DACA (Deferred Action for Childhood Arrivals), are those most often left out of the conversation. What are their thoughts on DACA? What challenges do they encounter? Several DACA recipients will reflect on their experiences and discuss how they have dealt with the uncertainty about the program’s future.

Panelists include DACA recipients and University of Illinois College of Law Associate Clinical Professor and Immigration Law Clinic Director, Lauren R. Aronson. Moderator is A. Naomi Paik, associate professor at the University of Illinois and HRI-Mellon faculty fellow in Legal Humanities, and the Center for Advanced Studies Resident Associate for the Initiative on “Abolition.”

Professor Lauren Aronson is an associate clinical professor at the University of Illinois College of Law. She founded and has been teaching an immigration law clinic since the fall of 2019. Aronson served as associate professor of professional practice at Louisiana State University, where she taught and directed the Immigration Law Clinic for four years. Prior to this, she spent two years at Michigan State University as a clinical teaching fellow. She was also a staff attorney at the National Immigrant Justice Center, in Chicago, where she worked primarily with detained, unaccompanied immigrant children. Professor Aronson began her career in immigration law and received exposure to clinical teaching while serving as a refugee and immigrant advocate at the Harvard Immigration and Refugee Clinic, in Cambridge, Mass., after working at Dewey & LeBoeuf, LLP, in New York City as a tax attorney. As she explains it, “In an alternate universe,” she was a professional poker player and dealer. Aronson graduated from the University of Virginia School of Law in 2008 and from Rice University in 2003. She is fluent in Spanish and illiterate in technology.

Since its inception in Fall 2019, the ILC has represented over 80 individuals from 24 different countries in matters ranging from claims for asylum to marriage-based petitions to seeking Deferred Action for Childhood Arrivals.

Professor A. Naomi Paik (moderator) is the author of Bans, Walls, Raids, Sanctuary: Understanding U.S. Immigration for the 21st Century (2020, University of California Press), which examines the criminalization of immigrants in the U.S. and the need for a radical, abolitionist approach to sanctuary movements. She also published her first book, Rightlessness: Testimony and Redress in U.S. Prison Camps since World War II in 2016 (UNC Press; winner, Best Book in History, AAAS 2018; runner-up, John Hope Franklin prize for best book in American Studies, ASA, 2017), as well as articles, opinion pieces, and interviews in a range of academic and public-facing venues. As a board member of the Radical History Review, she has coedited three special issues of the journal—on “Militarism and Capitalism" (Winter 2019), “Radical Histories of Sanctuary” (Fall 2019), and “Policing, Justice, and the Radical Imagination” (Spring 2020)—and will coedit “Against the Anthropocene” with Ashley Dawson (Winter 2023). Collaborating with Gerry Cadava and Cat Ramirez, she is also coediting the “Borderlands” section of Public Books. Professor Paik is an associate professor at the University of Illinois, Urbana-Champaign, the HRI-Mellon faculty fellow in Legal Humanities, and the Center for Advanced Studies Resident Associate for the Initiative on “Abolition.” Her research and teaching interests include comparative ethnic studies; U.S. imperialism; U.S. militarism; social and cultural approaches to legal studies; transnational and women of color feminisms; carceral spaces; and labor, race, and migration.

About Contemporary Conversations on Race

Contemporary Conversations on Race aims to instigate conversations that help inform our understanding of issues, themes, and ideas connected to ethnicity, culture, and the social construct of race. These moderated programs amplify community voices and resources and include a panel of experts, practitioners, and enthusiasts. The conversations takes place virtually via Zoom Webinar and typically run one hour with an additional 30 minutes for audience questions. 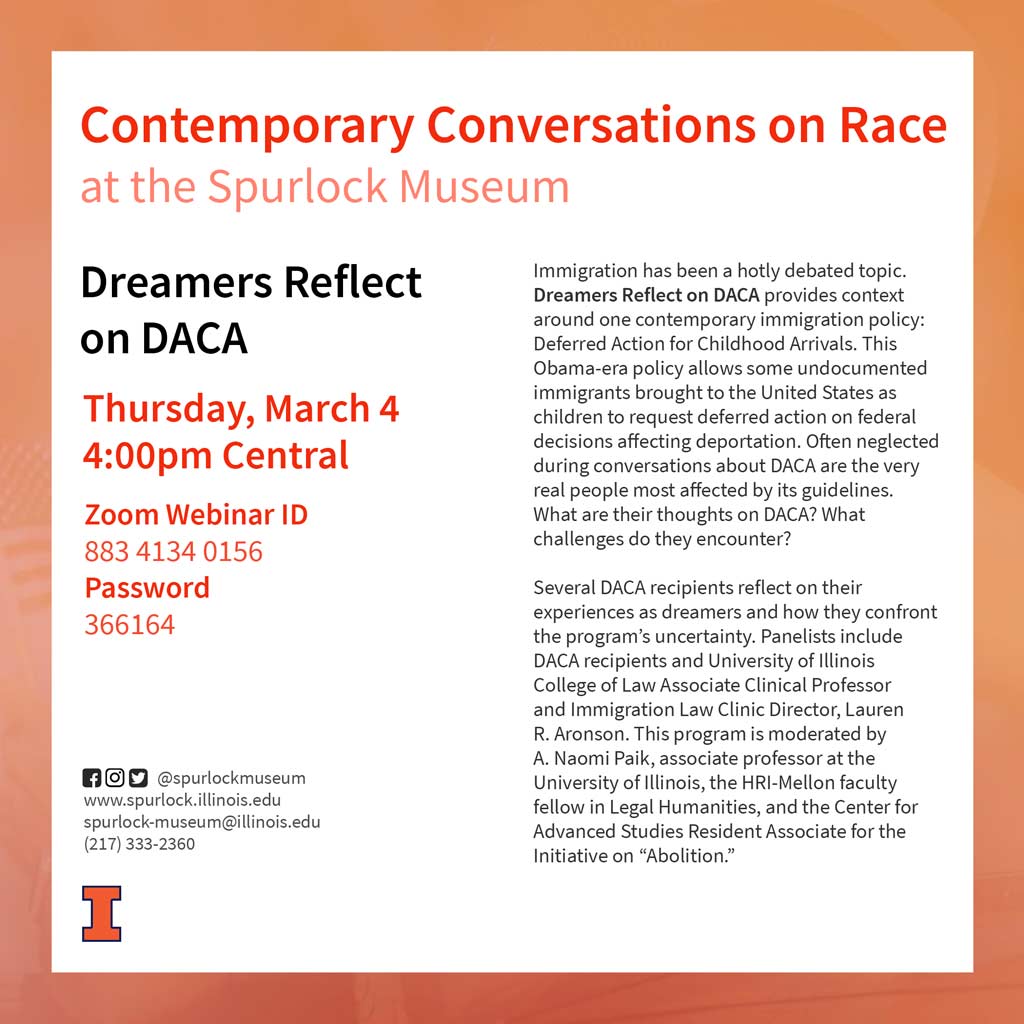 For further information on this event, contact Katya Reno at (217) 244-8483 or katyar@illinois.edu (email link)