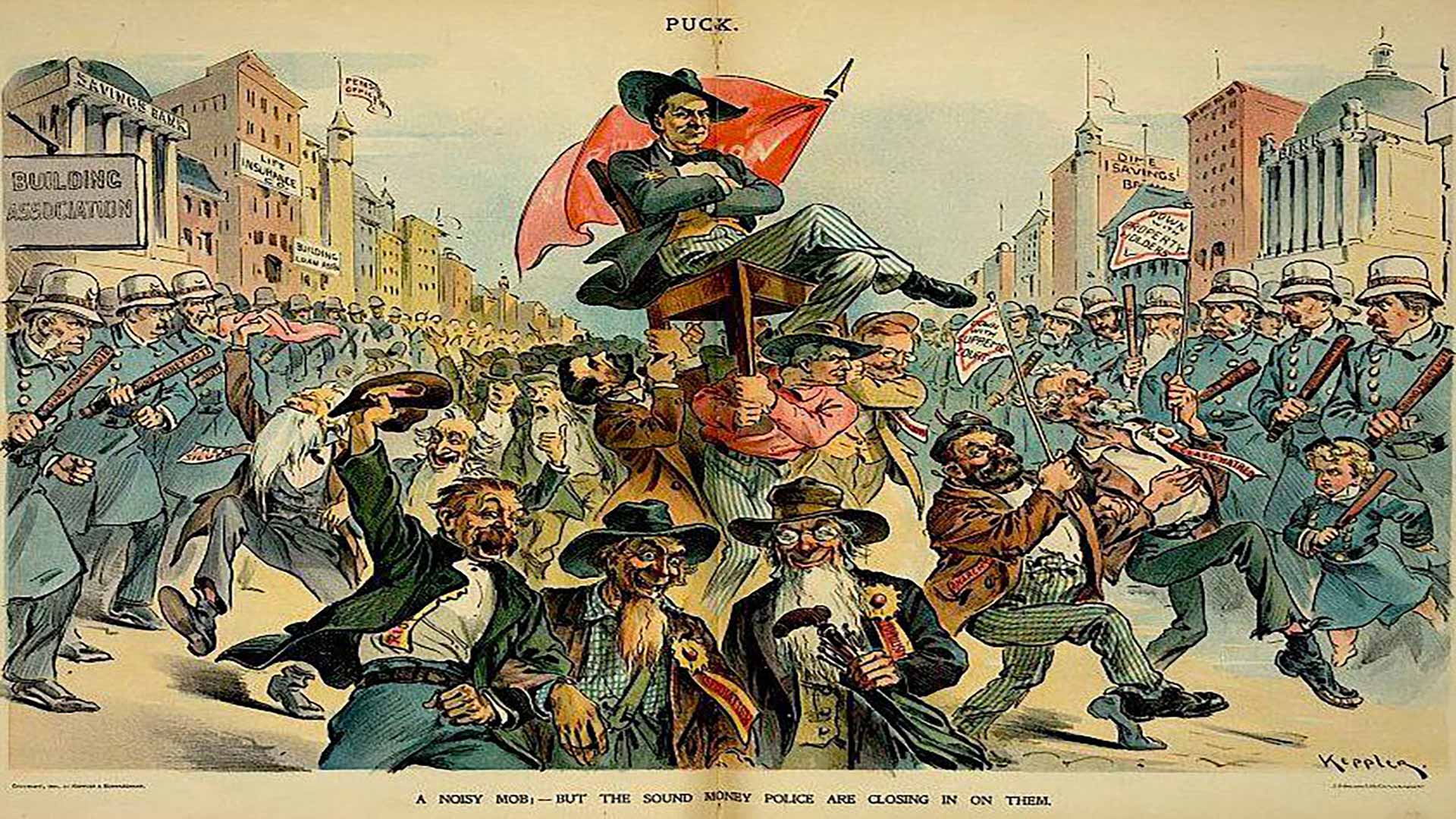 The Early Years of a Prairie Populist: William Jennings Bryan in Illinois, 1860 to 1887

The Early Years of a Prairie Populist: William Jennings Bryan in Illinois, 1860 to 1887, will be presented by Professor Nathan Tye (University of Nebraska Kearney), on March 18 at 4:00 pm on Zoom (Register below). Professor Tye curated our current exhibition: Debates, Decisions, Demands: Objects of Campaigns and Activism. He joins us to talk about Jennings Bryan, who appears in the show, and whose history speaks to our current political situation.

Among presidential aspirants associated with Illinois, William Jennings Bryan is the only three-time nominee and three-time loser. Considered one of the most influential political figures of the Progressive Era, Bryan is generally associated with his adopted home of Nebraska. Yet, Bryan was born in Salem, Illinois, graduated from Illinois College, and earned his law degree from Chicago’s Union Law College. He also began his law career in Jacksonville, Illinois, where he soon became known for his powerful oratory skills. Thus, Bryan cut his teeth rhetorically and politically in Illinois. More than anything else it was the political dynamics of downstate Illinois, particularly those articulated by his father, a Democratic state representative and later judge, that shaped his politics. This talk will highlight Bryan’s Illinois years and their impact on his long career in the public spotlight.

For further information on this event, contact Katya Reno at (217) 244-8483 or katyar@illinois.edu (email link)