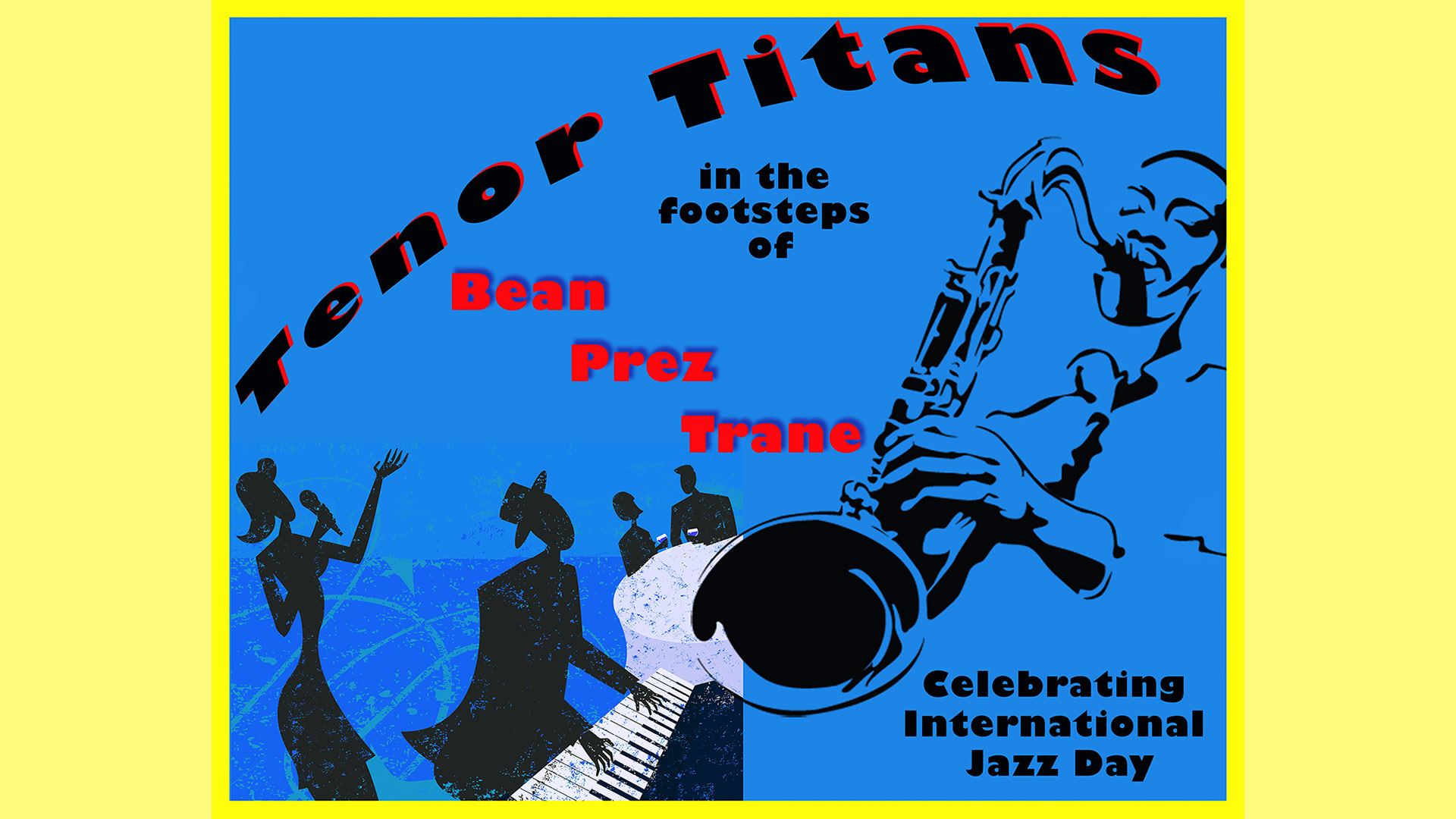 Tenor Titans: In the Footsteps of Bean, Prez, & Trane

Join C-U’s celebration of UNESCO’s International Jazz Day and listen to the ways sax players (tenor sax players in particular) have fallen in love with both the instrument and the repertoire. Three featured performers—Randy Salman, Reginald Lewis, and Grace Calderon, each accompanied by a rhythm section—will talk about one of their first jazz crushes and how that puppy love grew into a serious, long-term relationship. After each player talks and performs individually, they’ll all come together in a jazz jam that’ll blow us out of the hall... and over to the Rose Bowl Tavern for an afterglow performance (5:00–7:00 pm). The event is free and open to the public.

Hosting the tenorfest will be Chip McNeill, who chairs Jazz Studies at the U of I and currently tours both with Grammy-winning vocalist Natalie Cole and with Doc Severinsen and the Tonight Show Band. Earlier he was musical director and tenor saxophonist for Arturo Sandoval as well as for legendary trumpeter Maynard Ferguson.

Tenor Titans: In the Footsteps of Bean, Prez, & Trane is presented in conjunction with The Imperfect Saxophone, an exhibition at the Sousa Archives and Center for American Music that looks at America’s complex social and cultural relationship with the saxophone during a period known as the “saxophone craze.”

Previous Event: Talk: "The Rule of Five: Making Climate History at the Supreme Court" by Richard Lazarus
Next Event:Talk: "Material Culture and the Armenian Diaspora" by Sato Moughalian