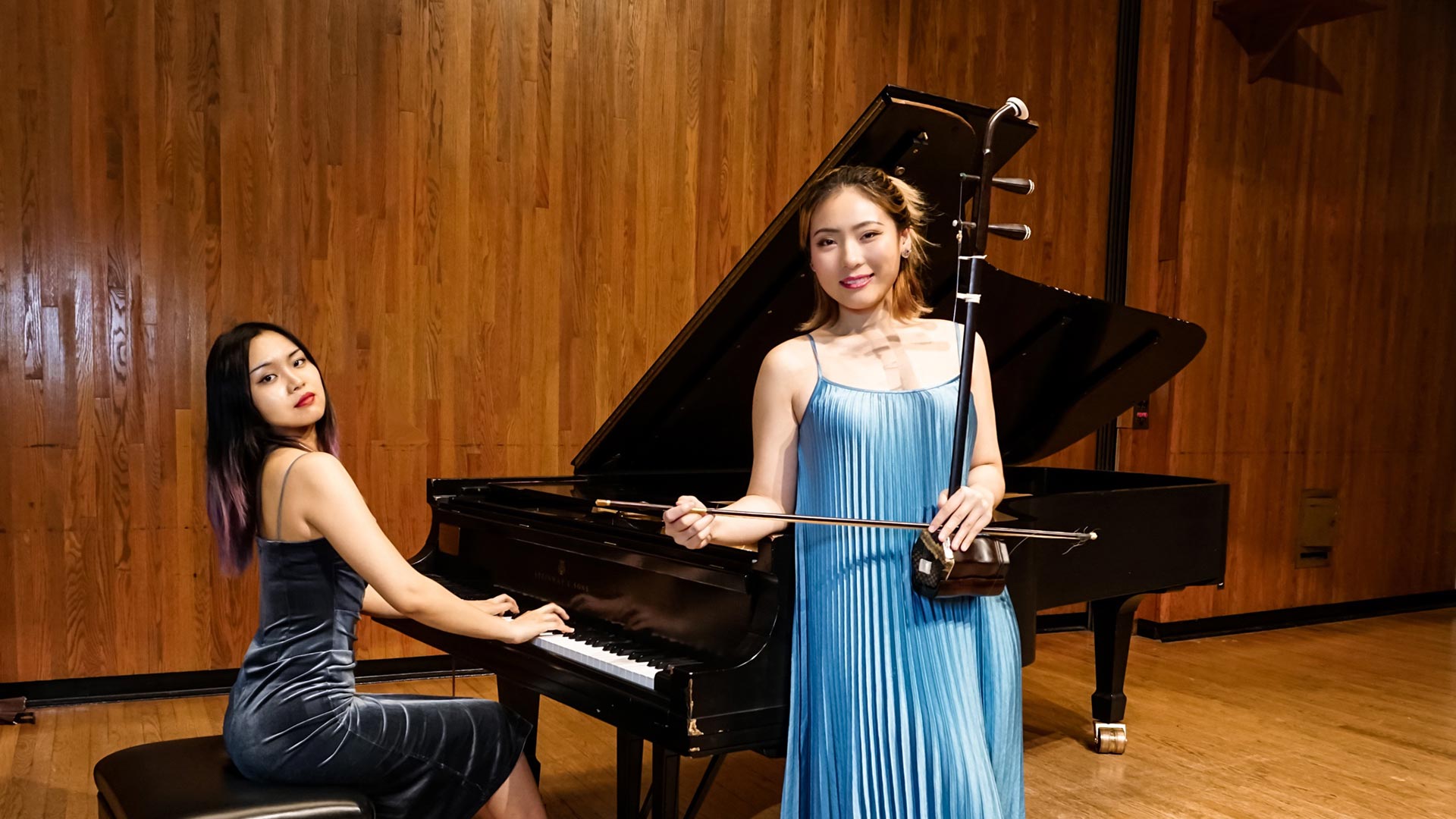 In honor of Asian American and Pacific Islander Heritage Month, the Spurlock Museum is hosting a concert by local artists Ru Huang and Yarong Guan. The event will be May 28 at 2:00 pm in the Museum’s Knight Auditorium. The concert will include popular, jazz, and traditional tunes from East Asia, played on the erhu and piano, as well as improvisation of twentieth century Shanghai classics, such as Shanghai Nights, , I Love You, and The Love You Can’t Get. Also featured will be songs by Teresa Teng, called "Asia's eternal queen of pop." The musicians will share their stories of encountering the music.

The Spurlock Museum acknowledges support from the Illinois Arts Council Agency for this event.

Ru Huang, originally from China, is a classically trained Soprano, multi-style vocalist, and instrumentalist (Chinese Instrument-Erhu). She is currently pursuing a doctorate degree in voice performance and literature at the University of Illinois Urbana-Champaign and has an undergraduate degree in Erhu and Voice from Central Normal University. Ru has performed as the Governess in the Opera Film Turn of the Screw in 2021 and the cover of Countess in the Marriage of Figaro in the 2022 Spring production with Lyric Theatre @ Illinois. She premiered the new music work Ephemeral Grandeur by composer Mengqi Lai with the Illinois Modern Ensemble in February 2022. She has sung multiple concerts and performed many roles with theatre and music companies, including Lyric Theatre @ Illinois, USC opera (Los Angeles), Aspen Opera Company, and Boston Court Pasadena. She is the 1st place winner of the Central Region 2021 NATS competition. She is also the scholarship-awarded musician of Silkroad Ensemble GMW workshop, as the erhu musician and singer. Her mission is to unite people and promote peace through music. She is the ex-president of Jasmine Field Orchestra, the current director of Cross the Ocean Ensemble @Illinois, ex-president, and founder of the USC Eastern Chamber. In 2016, she represented the Confucius Institute, touring as an erhu performer in Malaysia and Indonesia.

Yarong Rachel Guan is from Dalian, China and decided to be a professional performer at the age of seven. She studied with Professor Xiaoqiang Wang, the president of the Dalian Piano Association, and had her first piano solo recital two years later. Yarong graduated from the Pre-College Division of the Shenyang Conservatory of Music and won many academic and performance awards. At the age of 17, she won the first prize in the United States Open Championship Junior division. In 2013, she went to the Youngster’s Outstanding Artistic Stars competition and won the gold medal. Moreover, in 2016 she was the senior piano winner of the MTNA competition at Ohio State. She also won the first prize of the OhioMTA/Central East District Graves Piano and Organ Company, Piano Solo and Ensemble Competition Senior Solo Division. Yarong also has performed in many music festivals and concert halls all over the world. In 2016 and 2018, she performed Beethoven’s Concerto No.3 and Chopin’s Concerto No. 2 at the Todi Music Festival in Italy. She enrolled in an overlapping program and earned both her bachelor’s degree and master’s degree from the Cleveland Institute of Music, where she studied with Prof. Antonio Pompa-Baldi. She auditioned for five schools for admission to their Doctoral Music of Arts degree (DMA) and received offers from all five: the University of Miami, Boston University, University of Washington, University of Iowa, and the University of Illinois. She is currently in her second year of the DMA program majoring in Piano Performance and Literature at the University of Illinois. She is supported with full scholarship award, and works as a graduate teaching assistant. Yarong is studying with Steinway artist Dr. Timothy Ehlen. She is currently the vice president of the Jasmine Field Orchestra. Add Event to CalendarAdd to Calendar

For further information on this event, contact Kim Sanford at ksheahan@illinois.edu (email link) or (217) 244-3355