Film: Out in the Dark

Michael Mayer's “gripping feature debut”, Out in the Dark, tackles the complexities of gay life within the context of the Palestinian-Israeli conflict. “An edgy tale of sociopolitical intrigue,” Out in the Dark had its world premiere at the Toronto International Film Festival, sold to more than 40 countries, played in over 130 film festivals and won 27 awards. Sparking debate on both gender and Middle Eastern politics, Out in the Dark was nominated for a GLAAD Media Award, honoring the film's representation of LGBT issues and its impact on mainstream culture.

Reviews of Out in The Dark:

One of the most powerful films about the Arab-Israeli conflict ever attempted on screen. Rex Reed – New York Observer

Tel Aviv and the West Bank may be worlds apart in terms of culture, politics and religion, but Mayer cleverly merges them into a single claustrophobic continuum of paranoia, violence and corruption that corrodes everything is touches. Ella Taylor – NPR

In Mayer’s assured hands, [the] drama pulses with urgency, longing and raw feeling, morphing smoothly in its final third into a lean thriller. David Rooney – The Hollywood Reporter

Michael Mayer films scenes of love, violence and suspense with the hand of a young master. Christophe Carrière - L’Express 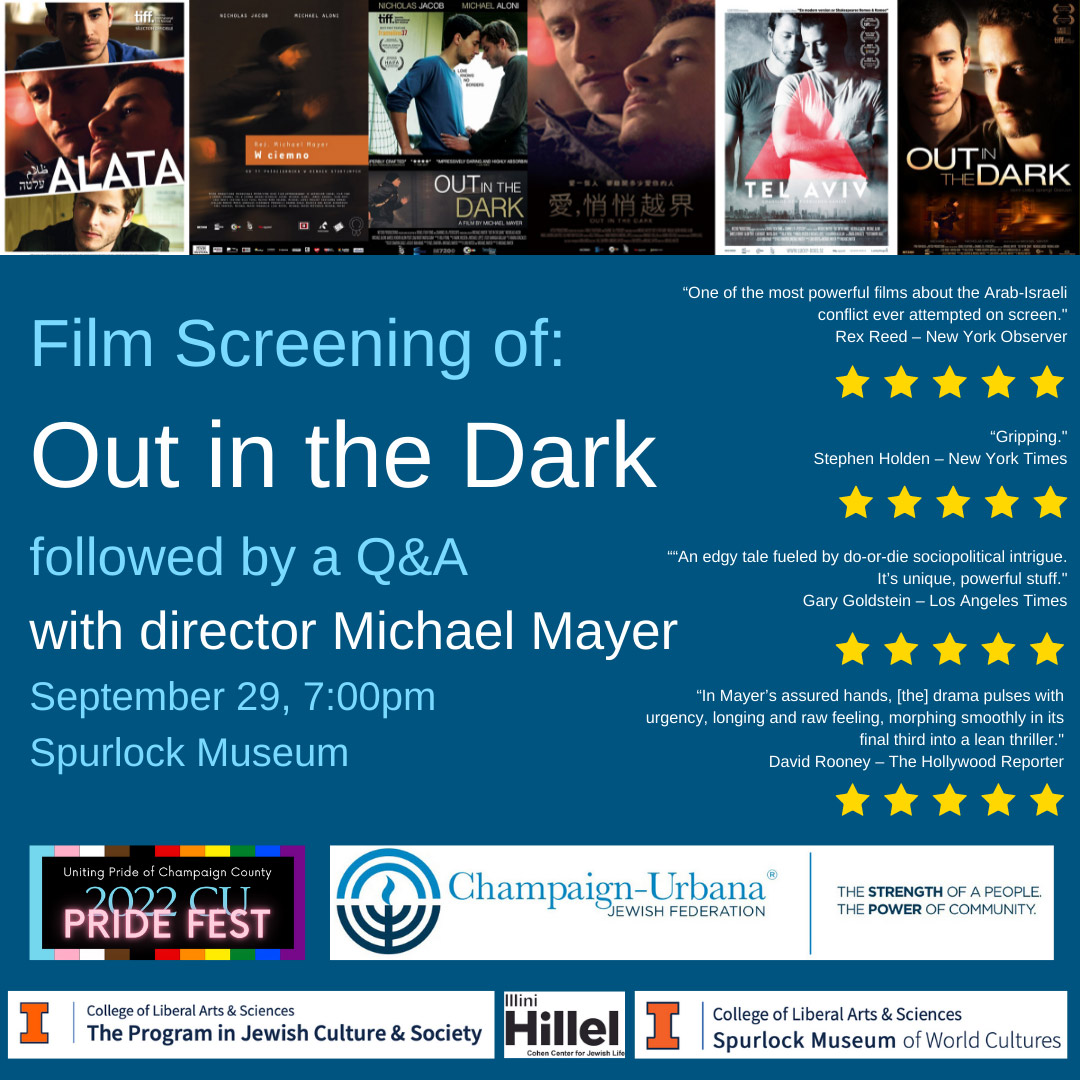