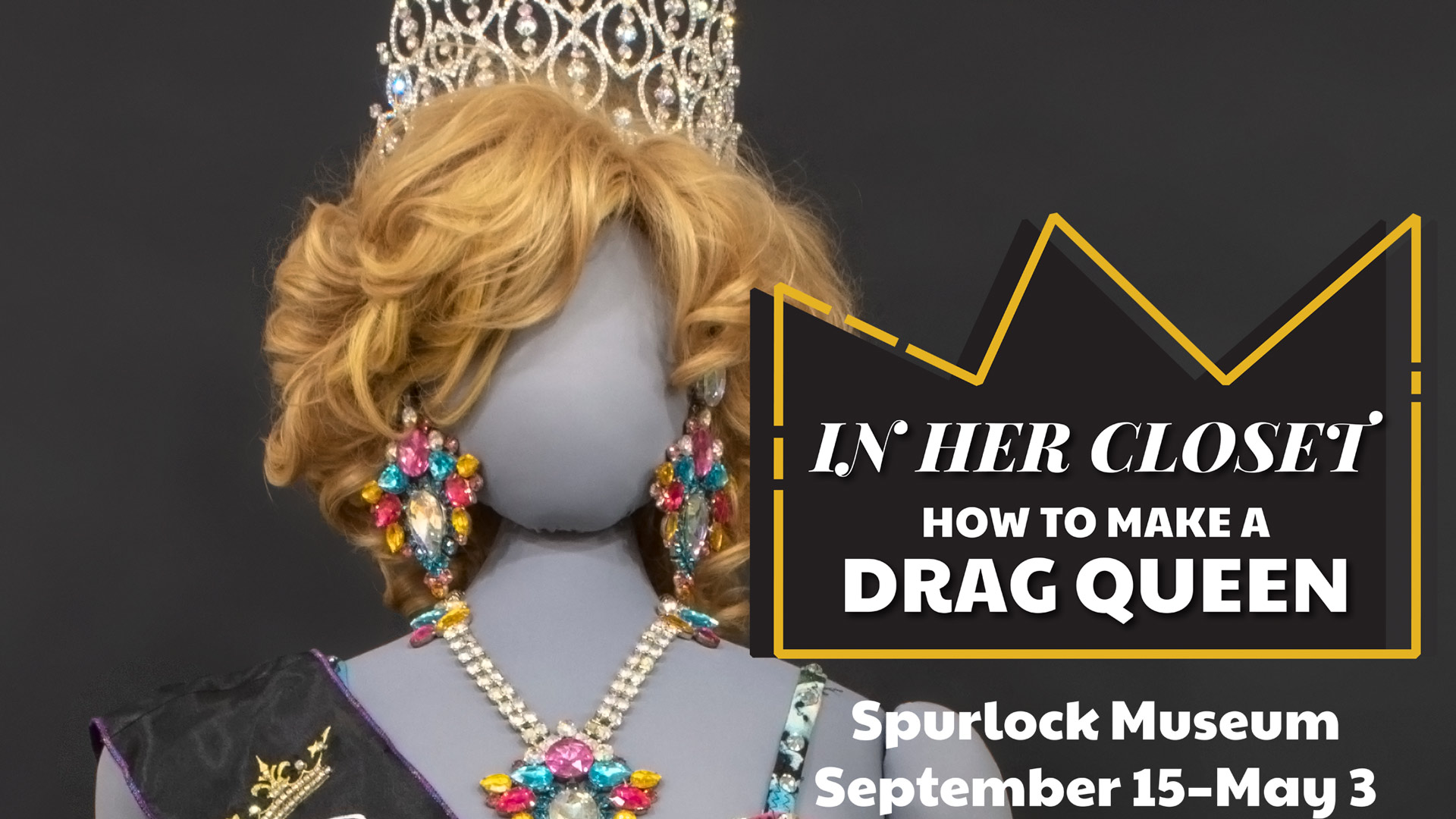 CANCELED: Let’s Have a Kiki: Peach of the Midwest

Unfortunately, this event has been canceled. We are sorry for the inconvenience.

“Let’s Have a Kiki” is a series of half hour informal gallery talks during the run of the exhibit In Her Closet—How to Make a Drag Queen.

Join us for our next kiki with Spurlock Peach of the Midwest who began performing in 2008. Since then she’s continued to invest in her craft—improving her costumes, wigs, and performances. Peach loves gowns, loves to dance, and loves to sell an illusion. Outside of Spurlock Museum’s exhibit runway, Peach is organizing and hosting drag shows throughout the Champaign-Urbana area.

We respectfully adopt kiki as a term meaning “social gathering” that emerged from Black queer ballroom cultures in New York City. Known for its fun, laid-back, gossip-filled atmosphere, a kiki is also a support network that provides food, shelter, HIV advocacy and awareness, and an avenue for self-affirming performance expression for queer and trans youth living in the streets.