When Elijah Parish Lovejoy was killed by a pro-slavery mob for his publication of an anti-slavery newspaper in Alton, Illinois, it only deepened abolitionist feelings. Learn more about the legacy of the printer and abolitionist Elijah Lovejoy in a talk with UIUC's Rare Book and Manuscript Library curator, Adam Doskey.

The Iconography of Elijah Lovejoy

The English transferware pitcher memorializing abolitionist printer Elijah Lovejoy’s murder at the hands of an angry pro-slavery mob in Alton, Illinois, in 1837 (in the Spurlock’s current exhibit, “Debates, Decisions, Demands: Objects of Campaigns and Activism,”) is a starting point for this lecture on the popular image of Elijah Lovejoy.

This talk looks back at the origins of anti-slavery ceramics in late Eighteenth-Century England, while also looking forward to the use of Lovejoy as a figurehead for civil rights and the freedom of speech and the press in the American Midwest of the twentieth- and twenty-first centuries. Central to this discussion will be the publications of the long-serving Illinois politician and 1988 presidential hopeful, Paul Simon, author of Lovejoy, Martyr to Freedom in 1964, which was revised and republished in 1994 as Freedom’s Champion: Elijah Lovejoy.

Adam Doskey is completing his term as Curator of Rare Books and Manuscripts at the Rare Book & Manuscript Library at the University of Illinois this summer. During his six years in that capacity, he co-curated the exhibit Designed, Displayed, and Discarded: Ephemeral Printing in Alton, Illinois, 1835-1855 with Krista Gray of the Illinois History and Lincoln Collections for the Illinois state bicentennial in 2018. The 2018 exhibit was based around Doskey and Gray’s long-standing work to conserve a scrapbook of job printing compiled by the Alton Telegraph Printing Office during the mid-nineteenth century, a valuable source of information for both early printing in Illinois and everyday life in this contentious city situated on the border between pro-slavery Missouri and anti-slavery Illinois. Beginning in the fall, Adam will be the proprietor of an online bookselling business based in Columbus, Georgia. 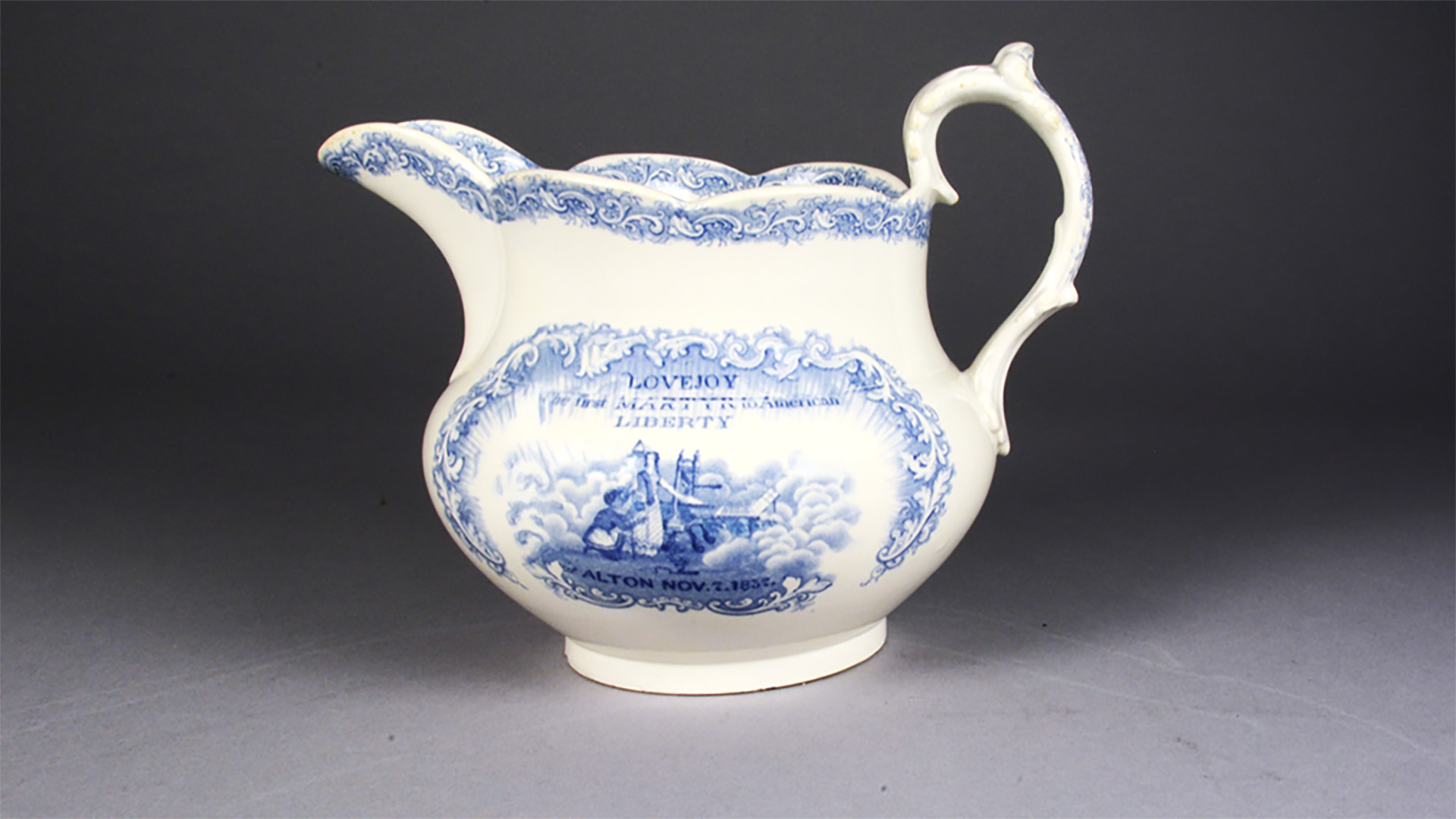 For further information on this event, contact Katya Reno at katyar@illinois.edu (email link) or (217)-244-8483