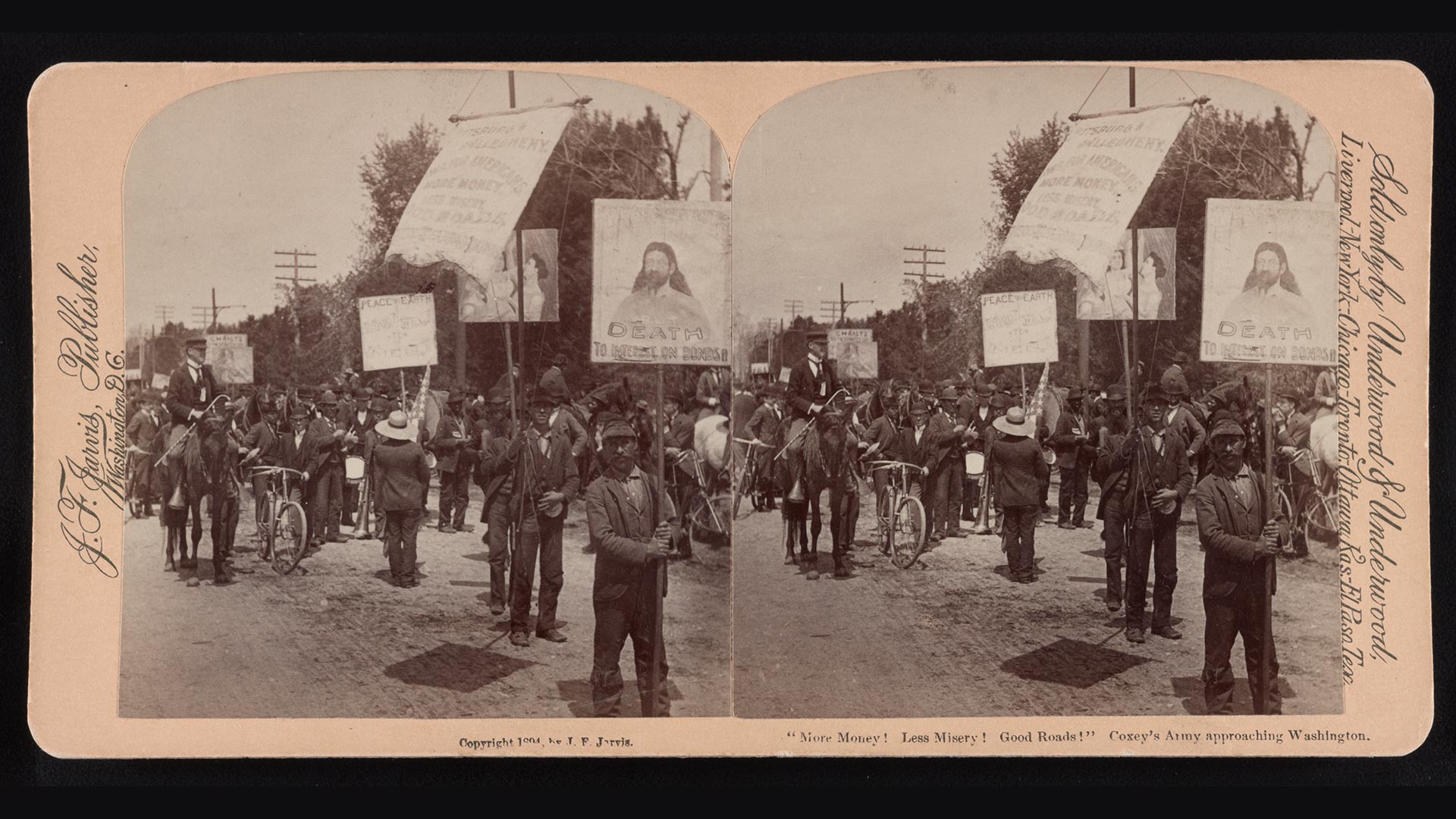 Talk: A Petition in Boots: The Legacy of Jacob Coxey's 1894 March on Washington

In the spring of 1894 masses of unemployed men and women marched toward Washington D.C. under the Commonweal banner in the name of federal aid to the unemployed. “Industrial Armies” formed in most major cities and took off on stolen trains, crude rafts, and most often on foot, towards the capital. Organized by the Ohio businessman, Jacob Coxey, the Commonweal was the first mass march on Washington D.C. Deemed a “petition in boots,” by contemporary observers, and a “deluded band” by others, the Commonweal was a pivotal moment for American democracy. Although the march failed, Coxey’s effort captivated the nation and foreshadowed later protests and marches in the nation’s capital.

For further information on this event, contact Katya Reno at katyar@illinois.edu (email link) or (217)-244-8483