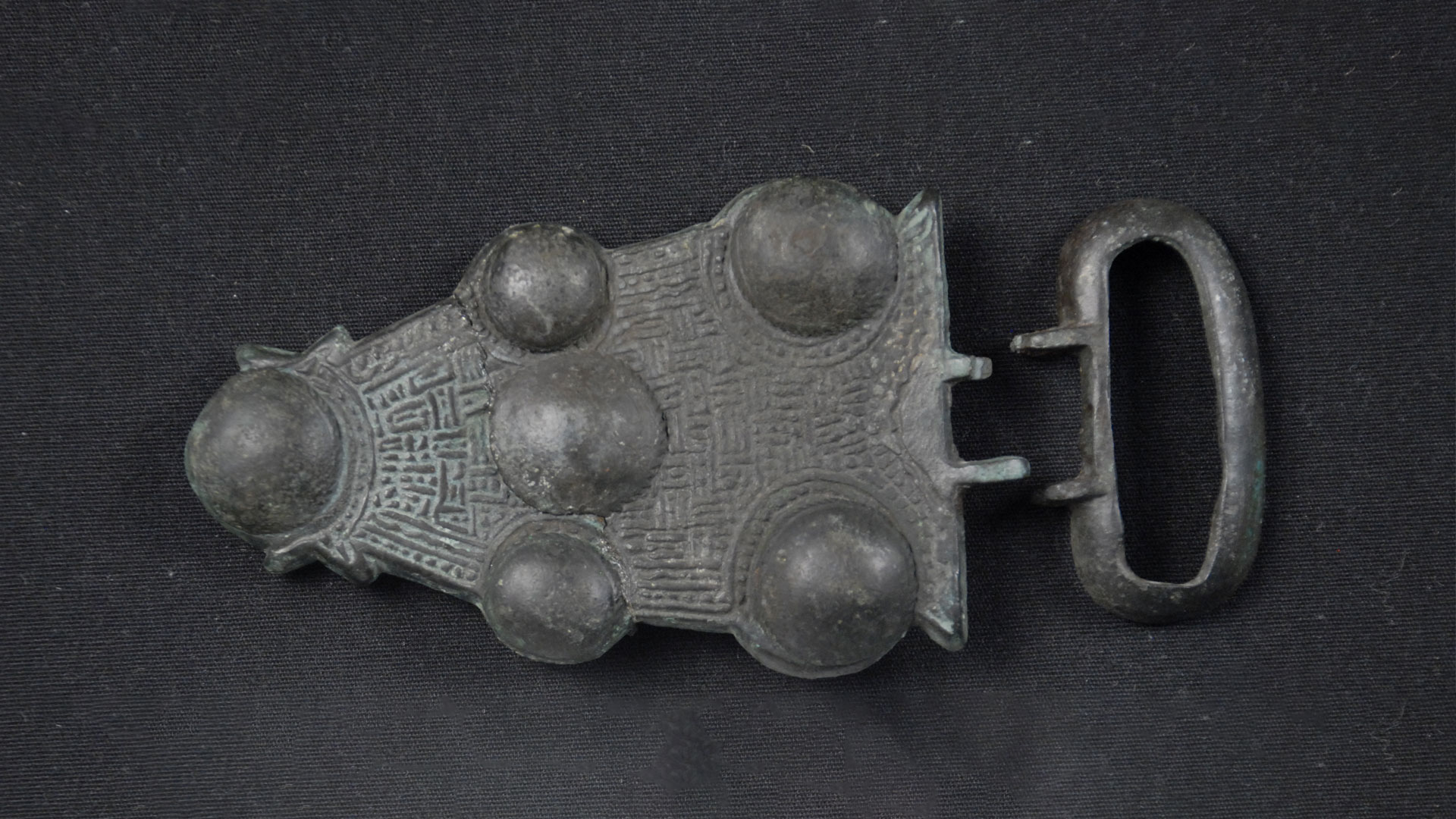 In the early 1830s, workers in a stone quarry west of Paris discovered old graves containing ceramic pieces and rusty metal among the bones. Excited by these finds, a local man named Auguste Moutié bought some nearby land and began to further investigate and excavate the area. Archaeology was in those days in its infancy, and Moutié was a pioneer who, untaught, grasped its essential principle: "the information I pass along must be considered rigorously exact..." With this in mind, Moutié engaged an artist, his friend Paul Guégan, to illustrate his manuscript with precise sketches and drawings describing the graves and their assemblages.

Moutié was ahead of his time, not only in his digging and recording methodologies, but also in his correct identification of the culture at the site. The people buried on this hilltop, known as the Butte des Gargans, could be identified as the barbarians who had gradually been moving into Roman territories for centuries. They were the people after whom the country of France was named—the Merovingian Franks.

After Moutié's death in 1886, his archaeological collections were lost from sight for many years. Then, in 1924, a University of Illinois professor named E.C. Hayes visited Paris and purchased a collection of stone and metal artifacts for the newly-formed Museum of European Culture on campus. Hayes noted that the collection included some "Merovingian bronzes" and that many objects had handwritten labels, sometimes with sketches. Today, Moutié's manuscript, illustrated by Guégan, is conserved at the Musée des Antiquites Nationales in France. By comparing the handwritten labels in the Spurlock Museum's collection, many of the artifacts can not only be positively identified but also plausibly regrouped into the original assemblages. This collection includes some of the first scientifically excavated and recorded Roman and barbarian graves preserved anywhere in the world.

In about 400 CE, the centuries-old Roman Empire entered a period of crisis traditionally thought to lead to its "decline and fall." Other peoples, some from Central Asia, like the Huns, but most Germanic, crossed the empire's frontiers, raided and plundered, and in some areas settled down to take political power. Recent scholarship has shown that during the chaotic years between 400 and 500 the lines between "Roman" and "barbarian" were often blurred. In fact, long before 400, masses of barbarians had been recruited into the ranks of the Roman army, often serving in ethnic units. Rather than being fixed and unchanging hostile groups, Romans and barbarians often cooperated as cultural identities were evolving. Artifacts from the graves at Butte des Gargans are evidence of a culture that combined elements of Roman and Barbarian traditions. Germanic tastes dictated the style of decoration of the metalwork, as well as the practice of burying elite soldiers with their weaponry. In addition to Roman pottery and military pieces, Roman coins continued to be found in later graves.