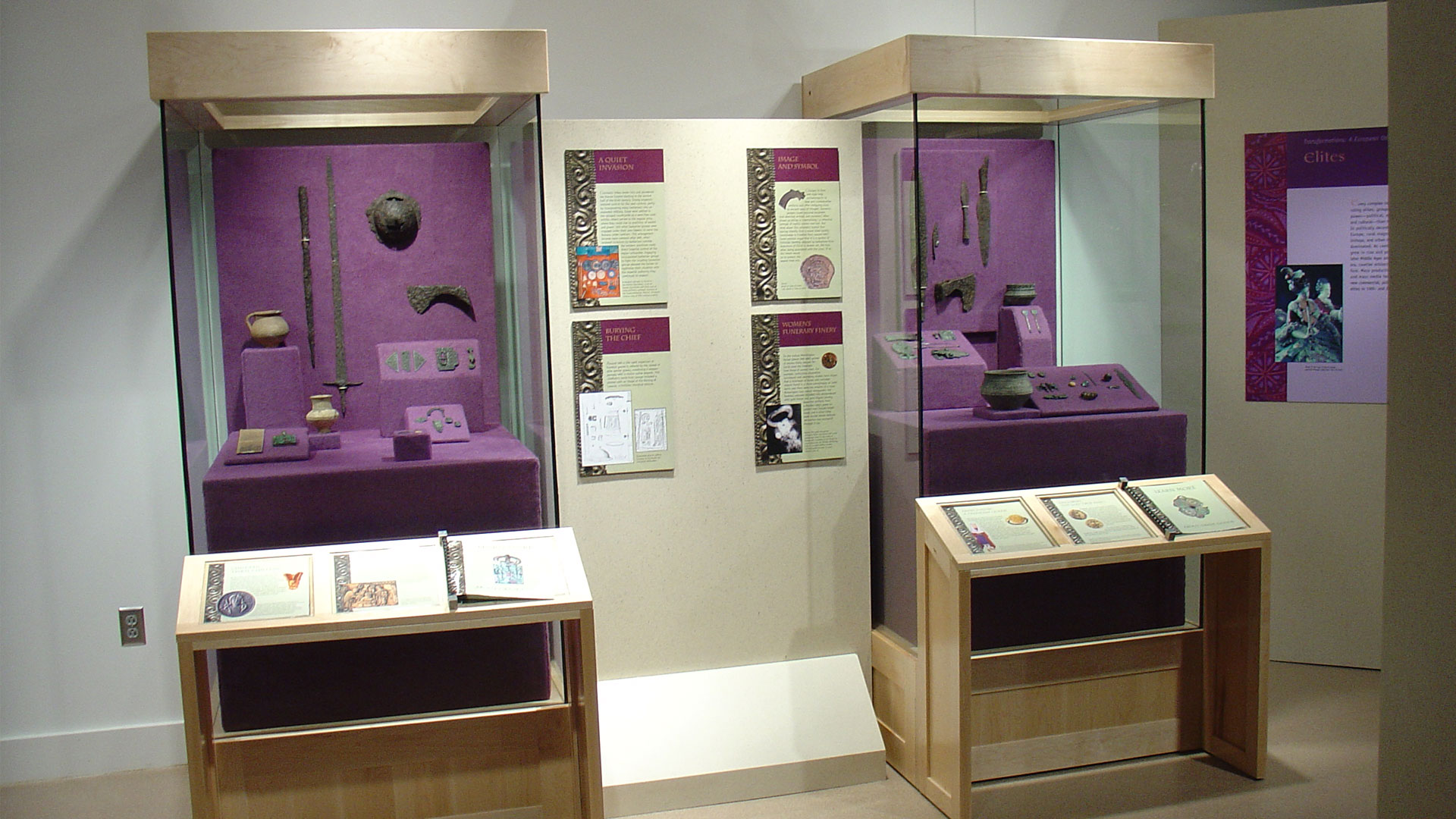 In about 400 CE, the centuries-old Roman Empire entered a period of crisis traditionally thought to lead to its "decline and fall." Other peoples, some from Central Asia, like the Huns, but most Germanic, crossed the empire's frontiers, raided and plundered, and in some areas settled down to take political power. Recent scholarship has shown that during the chaotic years between 400 and 500 the lines between "Roman" and "barbarian" were often blurred. In fact, long before 400, masses of barbarians had been recruited into the ranks of the Roman army, often serving in ethnic units. Rather than being fixed and unchanging hostile groups, Romans and barbarians often cooperated as cultural identities were evolving.

The Spurlock has a large collection of artifacts from the Merovingian Frankish culture (after which France is named), scientifically excavated from graves near Paris in the 1830s. These early medieval pieces are evidence of a culture that combined elements of Roman and barbarian traditions.

This exhibit was developed in conjunction with the sixth biennial Shifting Frontiers in Late Antiquity conference, "Romans, Barbarians, and the Transformation of the Roman World, held at UIUC in March 2005. 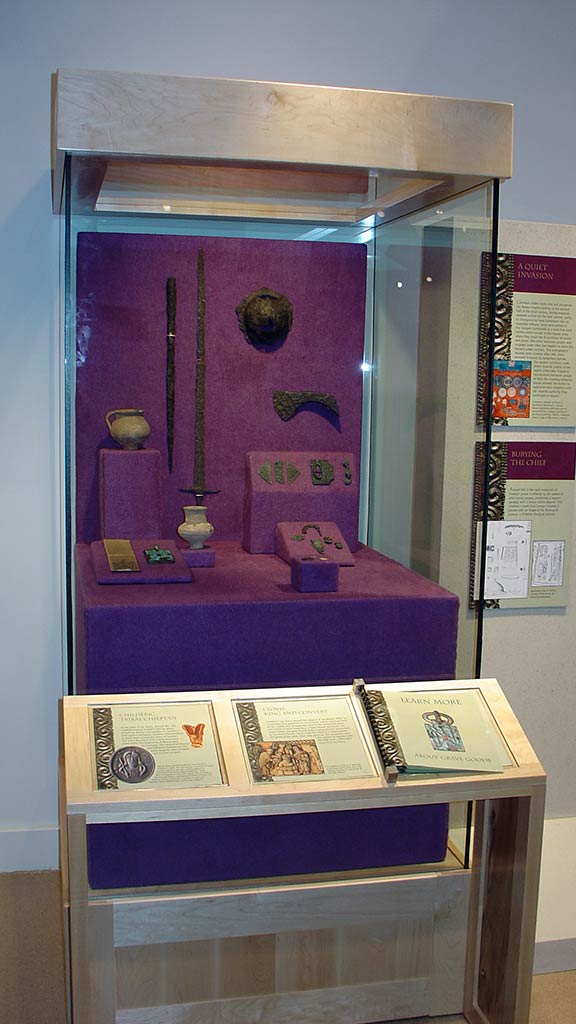 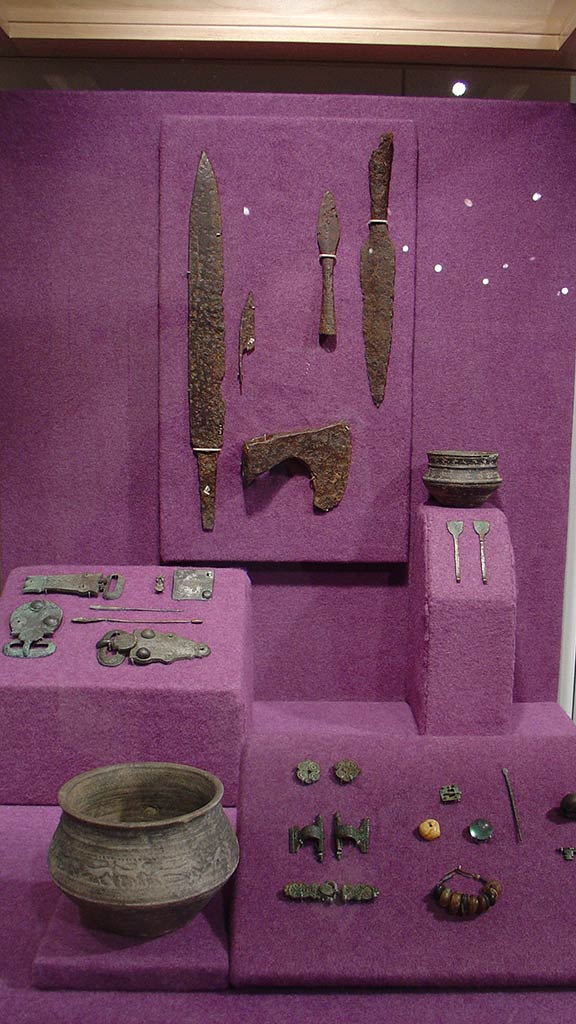 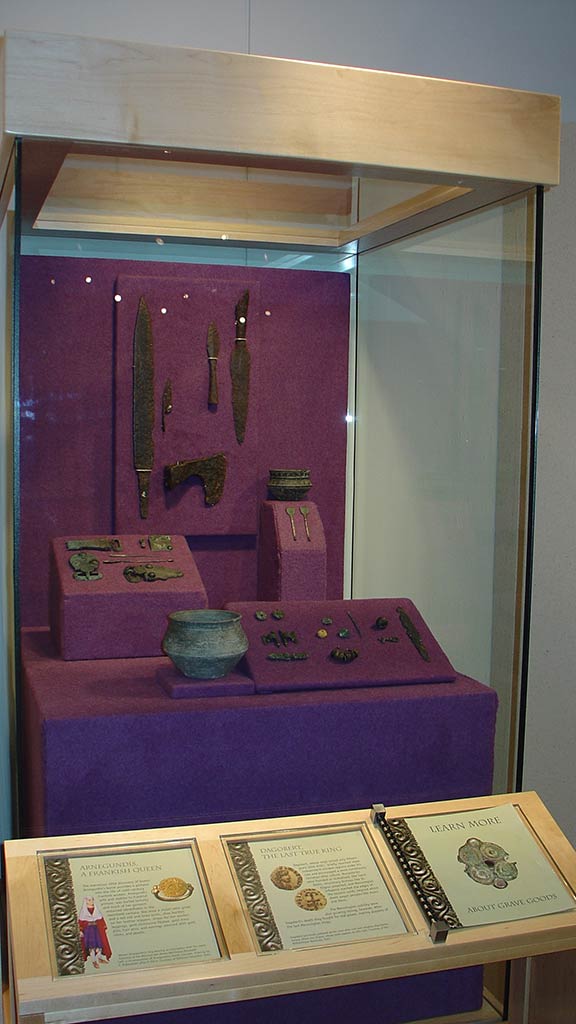