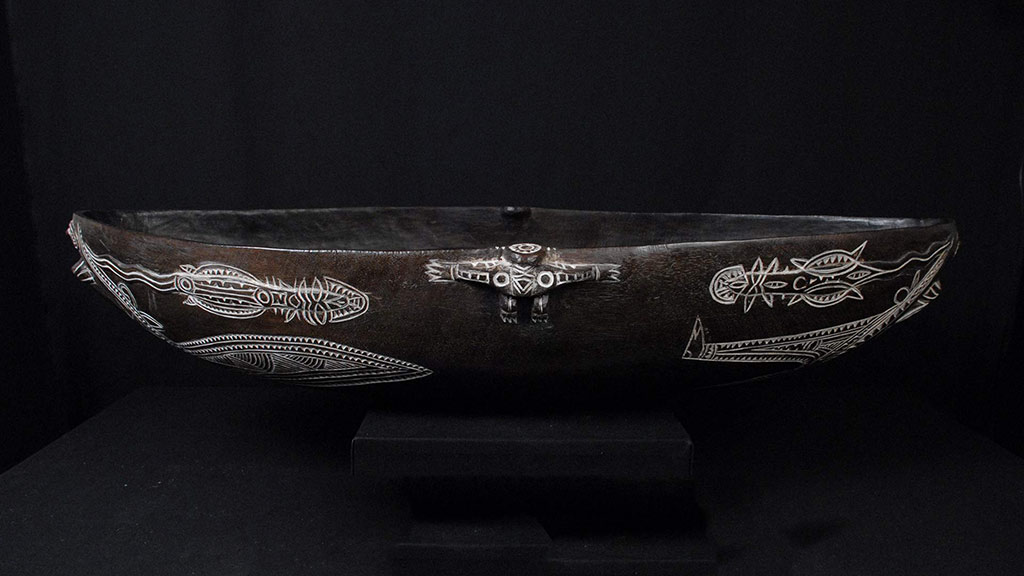 The Museum’s Virginia M. and James D. Tobin Melanesian Collection consists of approximately 375 artifacts collected in Papua New Guinea between 1984 and 1990. The collection is made up of a wide array of objects, including carved wooden figures representing ancestral spirits, masks of basketry and wood, carved storyboards, spear throwers, and woven bags.

The collection concentrates on the sacred art of Papua New Guinea, with a focus on the contemporary practices of its people. Most of the artifacts represent the cultural traditions of two particular tribes: the Abelam of the Prince Alexander Mountains and the Iatmul of the middle Sepik River. These groups are known for their elaborate ritual traditions and the ways in which they express these traditions through their art.

These objects were part of a group of approximately 1,500 objects collected by Jim Tobin of Portland, Oregon. They were originally donated to the Logan Museum of Anthropology of Beloit College in 1995 by Virginia Tobin in memory of her late husband. We acquired our portion of the collection in 2005, when Logan Museum staff and curators sought out other museums to care for portions of the collection.