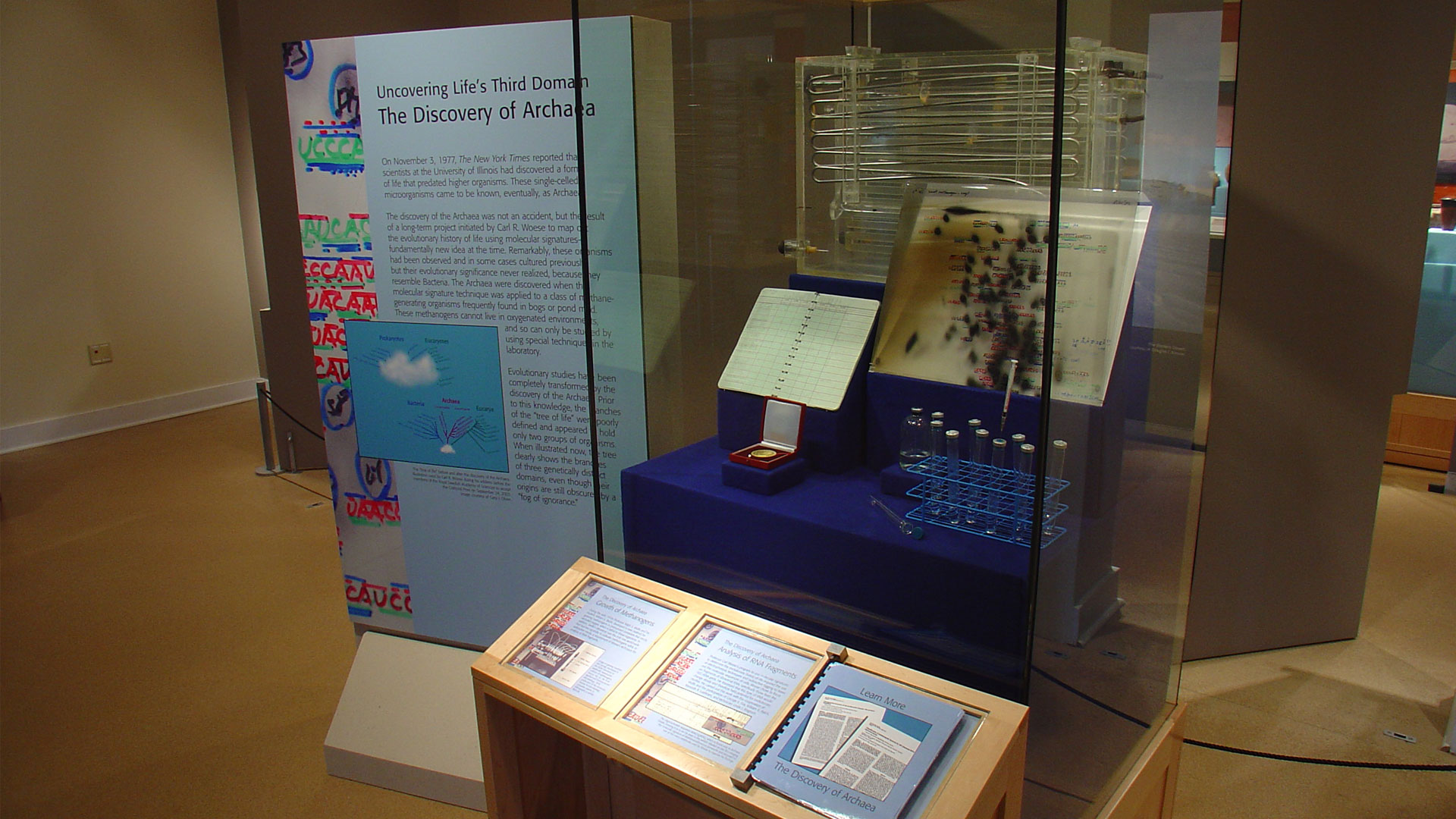 On November 3, 1977, The New York Times reported that scientists at the University of Illinois had discovered a form of life that predated higher organisms. These single-celled microorganisms came to be known, eventually, as Archaea.

The discovery of the Archaea was not an accident, but the result of a long-term project initiated by Carl R. Woese to map out the evolutionary history of life using molecular signatures—a fundamentally new idea at the time. Remarkably, these organisms had been observed and in some cases cultured previously, but their evolutionary significance never realized, because they resemble Bacteria. The Archaea were discovered when the molecular signature technique was applied to a class of methane-generating organisms frequently found in bogs or pond mud. These methanogens cannot live in oxygenated environments, and so can only be studied by using special techniques in the laboratory.

Evolutionary studies have been completely transformed by the discovery of the Archaea. Prior to this knowledge, the branches of the "tree of life" were poorly defined and appeared to hold only two groups of organisms. When illustrated now, the tree clearly shows the branches of three genetically distinct domains, even though their origins are still obscured by a "fog of ignorance."

This exhibit was developed in conjunction with the symposium "Hidden before Our Eyes: 30 Years of Molecular Phylogeny, Archaea, and Evolution," held at UIUC in November 2007. 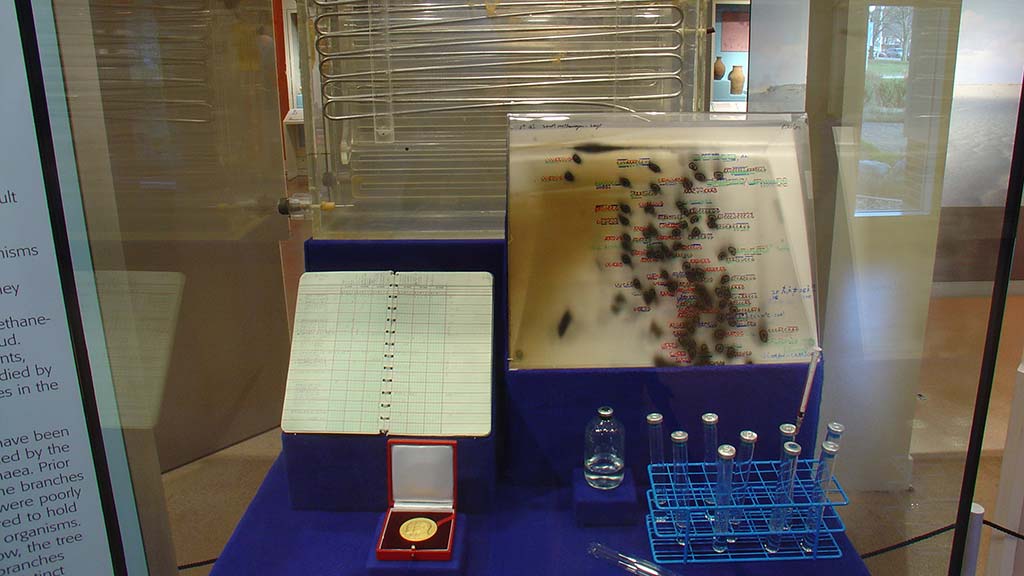