Beethoven and the Creative Process

Ludwig van Beethoven (1770–1827) is an outstanding example of a committed artist whose creative development has continued to inspire people the world over. Building on the achievements of his predecessors Haydn and Mozart in Vienna, Beethoven strove to make his mark in all of the main musical forms of his age: the piano sonata, the string quartet, the symphony, and opera. At the age of twenty-eight he was horrified to discover that he was losing his hearing, and twenty years later he was virtually deaf. Yet Beethoven's most profound and moving music was written after he had lost his ability to hear. It was devised within his imagination, with a keen inner sense of hearing.

As his outer hearing faded, and his works became more complex, Beethoven relied increasingly on sketches and drafts of his musical works in progress. Beethoven was single-mindedly devoted to his music and remarkably self-critical, working tirelessly to improve his music while often generating hundreds of pages of sketches. He was even known to make late corrections and improvements to scores that were presumably complete. There is little doubt that Beethoven’s diligent work and craftsman-like approach—as well as his inspiration—have contributed strongly to the enduring importance of his music. This exhibit illuminates this extraordinary creative process through first edition scores and sketches from a major work, the Missa solemnis. A lock of the composer's hair is also be on display.

Beethoven became the embodiment of the Romantic ideal of the artist as hero—a reputation he still holds in the 21st century. Beethoven’s work is not only a cornerstone of the traditions of Western music but also has cultural currency throughout the world. Two hundred years later, no composer occupies a more central position in the world of classical music and its continuing role in modern culture. 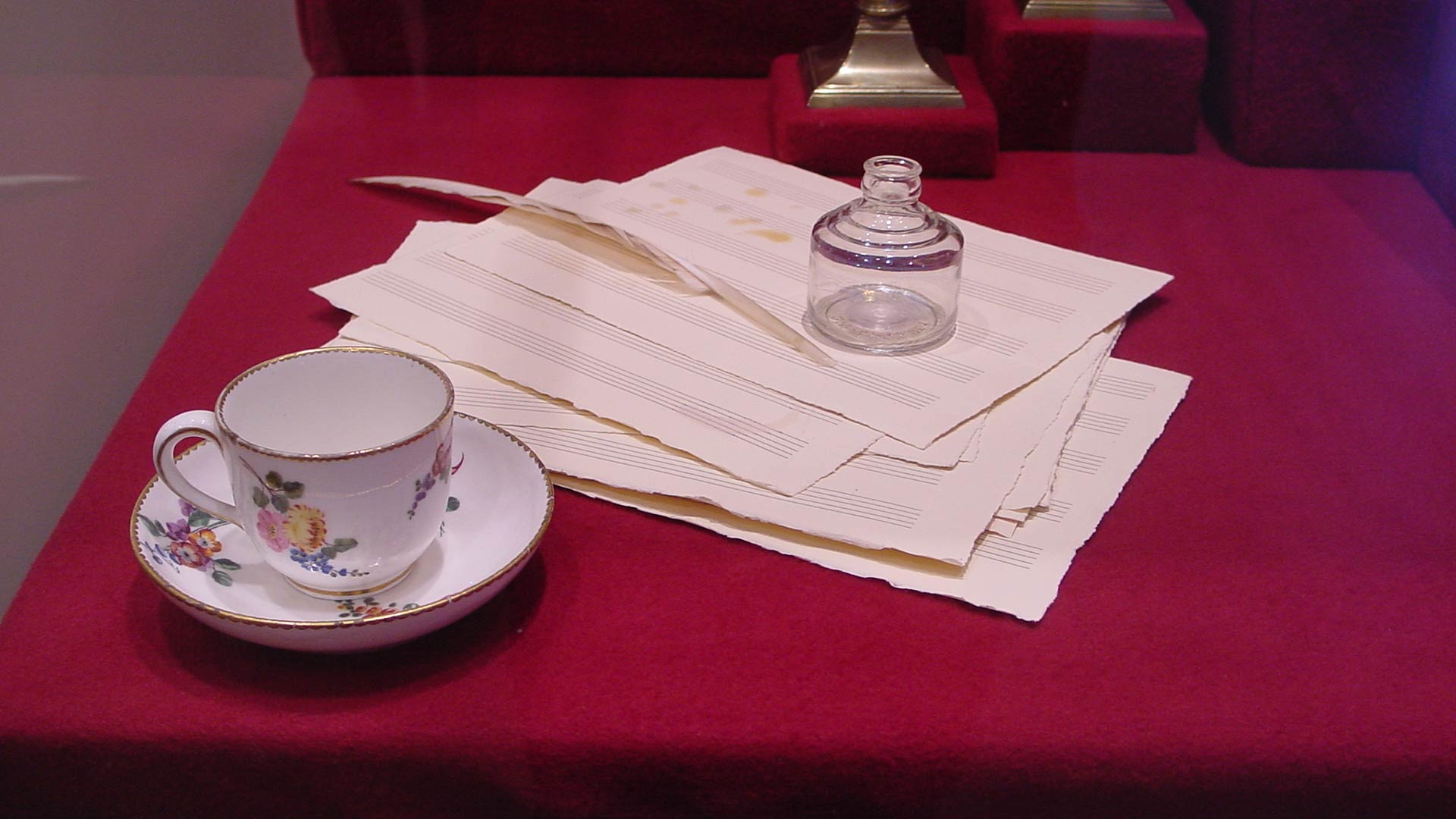 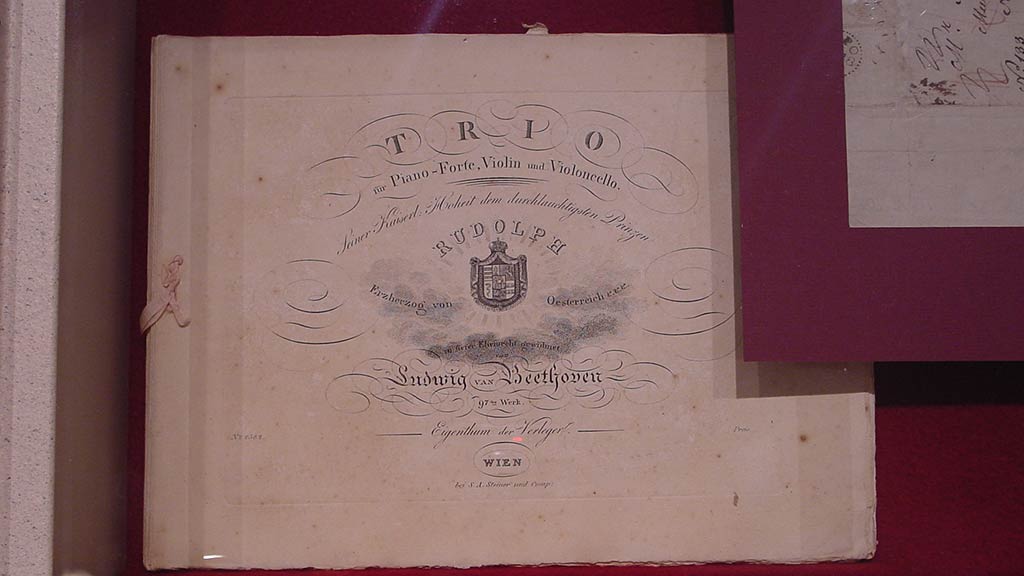 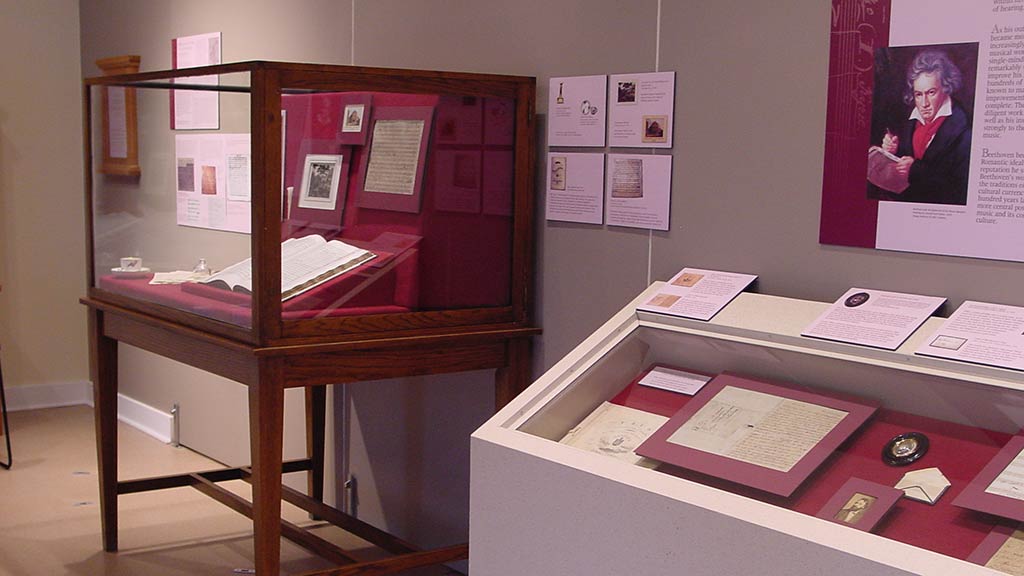 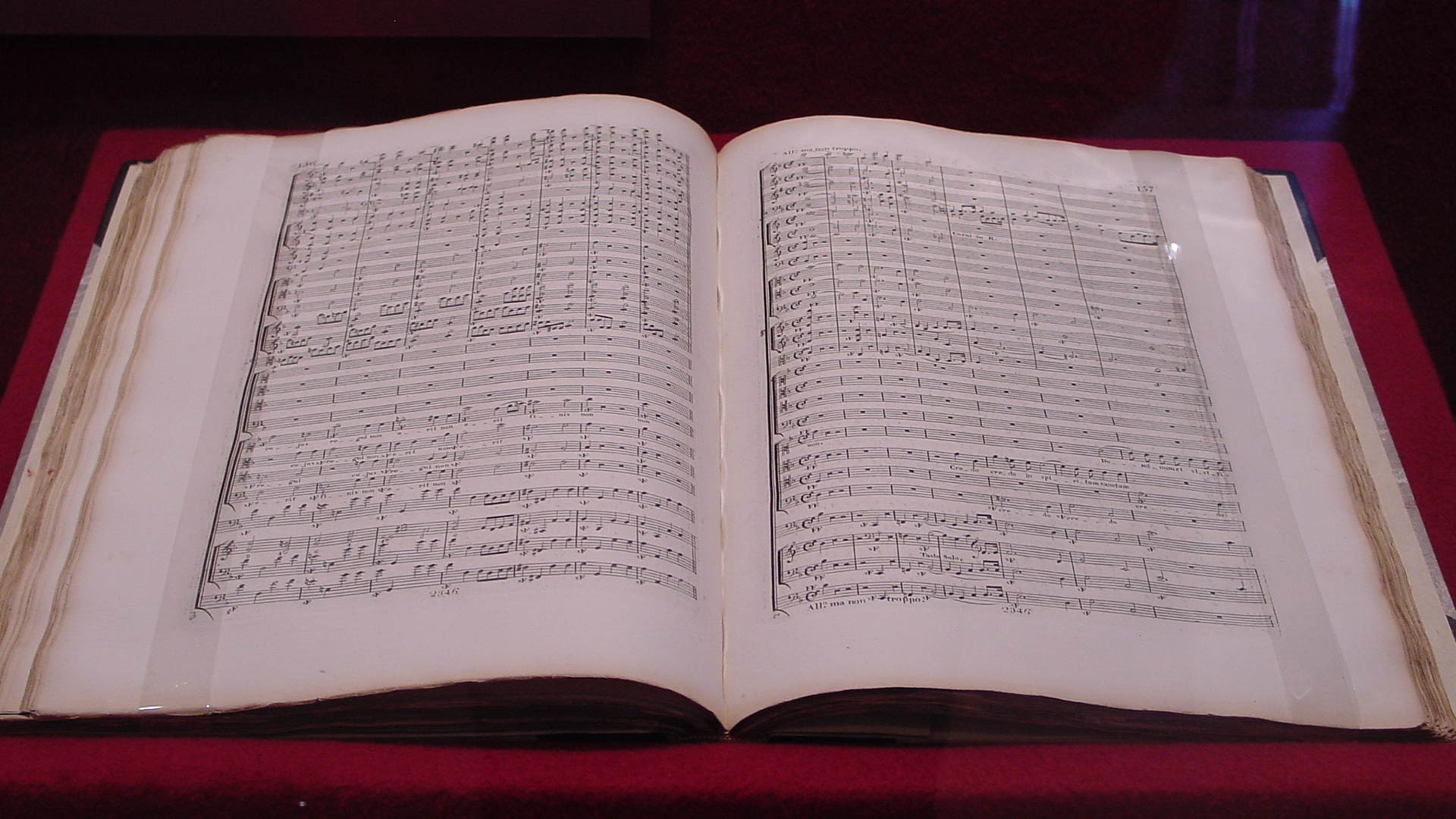