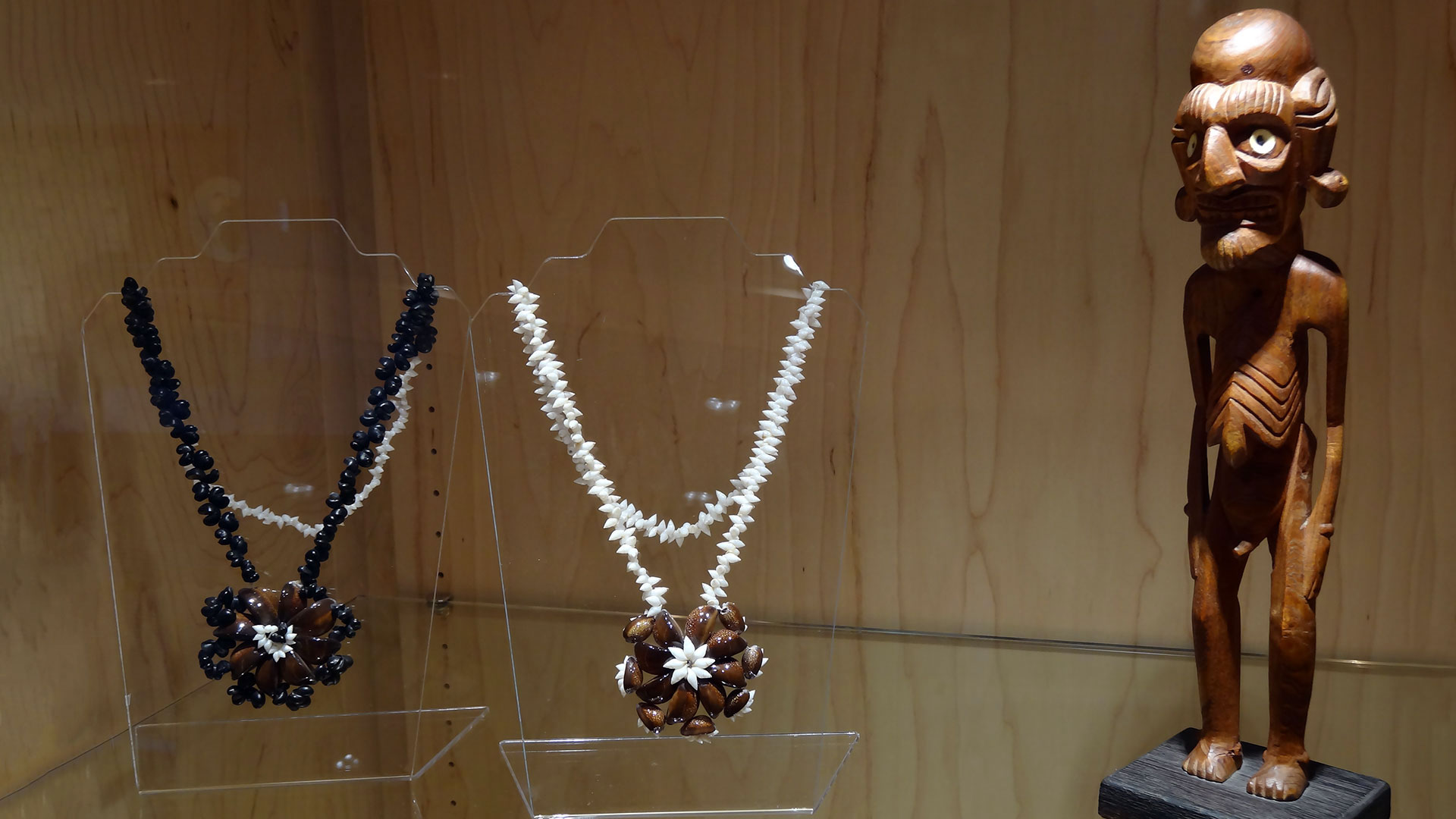 Ms. Sherry Walsh donated this collection, which had previously belonged to her father, Louis C. Steege. Steege was a friend and colleague of Dr. William Mulloy (University of Wyoming), who led several archaeological excavations on Rapa Nui from 1955 to 1978. The objects in this collection—shell necklaces, wooden carvings—were given as gifts to Steege by Mulloy, and were likely originally created by inhabitants of Rapa Nui as tourist or folk art. A collection of similar artifacts collected by Mulloy is now at the University of Wyoming Art Museum, while the majority of the artifacts recovered during Mulloy’s archaeological excavations were sent to The Center for Anthropological Studies at the University of Chile in Santiago.

Also on display are some recent donations of Chinese artifacts: an embroidered silk robe donated by Frances Smith and a soy and rice mill, used and donated by Futing Tim Liao, Professor of Sociology and Statistics.