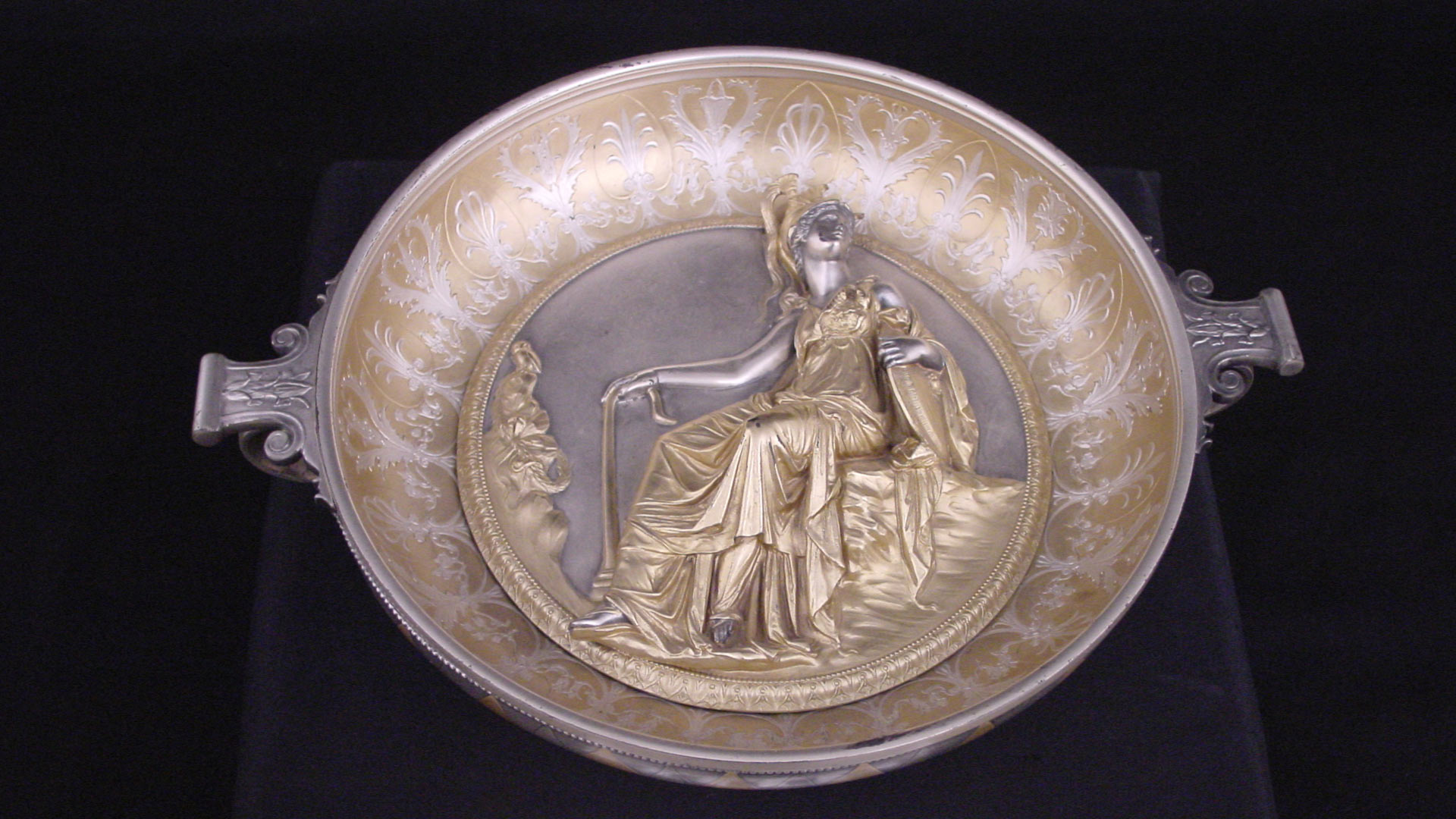 The 1914 reproduction of a 1st-century Roman bowl (1914.11.0029) traveled the country in two related exhibits. The exhibit Alma-Tadema and Antiquity: Imagining Classical Sculpture in Late-Nineteenth-Century Britain opened June 28, 2008, at the Hood Museum of Art at Dartmouth College in Hanover, New Hampshire. The bowl then traveled on to the National Gallery of Art in Washington, DC, as part of the exhibit Pompeii and the Roman Villa: Art and Culture Around the Bay of Naples, which opened October 19, 2008. The latter exhibit continued at the Los Angeles County Museum of Art in California through the fall of 2009. The Spurlock Museum's artifact traveled along with 120 pieces of sculpture, painting, mosaic, vessels, and jewelry from Pompeii and other ancient sites from the region of the Bay of Naples. The artifacts came from more than 25 different private collectors and museums in the United States, Britain, France, and Italy.

The Spurlock Museum's bowl played a part in these exhibits as a representative of a famous cache of Roman period silver wares probably owned by a Roman army commander. The cache was hidden in the first half of the 1st century ce and discovered in 1868 in Hildesheim, Germany. Collections of valuable items hidden by Roman (or Roman-era) owners centuries ago have been found in various parts of Europe, but the Hildesheim hoard is one of the largest collections of Roman silver discovered beyond the frontiers of the Roman Empire.

This reproduction was made in 1914 by Wurttembergische Metallwarenfabrik, a tableware manufacturer founded in 1853 in Geislingen an der Steige, Germany. Not only is the bowl an example of Roman period artwork, but a similar bowl appears in the foreground of the Hood Museum's Victorian-era painting A Sculpture Gallery, created by Sir Lawrence Alma-Tadema (1836-1912) in 1874. The artist visited Pompeii and Herculaneum in the 1860s and included many Greek, Roman, Rennaissance, and 18th-century works of art in his painting.

See the above-mentioned Alma-Tadema painting at the Hood Museum of Art's Alma-Tadema and Antiquity exhibition page. Descriptions of the traveling exhibit Pompeii and the Roman Villa: Art and Culture Around the Bay of Naples can be found online at the National Gallery of Art and at the Los Angeles County Museum of Art. The Spurlock Museum's bowl is also pictured in the traveling exhibit's catalogue, edited by Dr. Carol Mattusch and with essays by several other contributors.