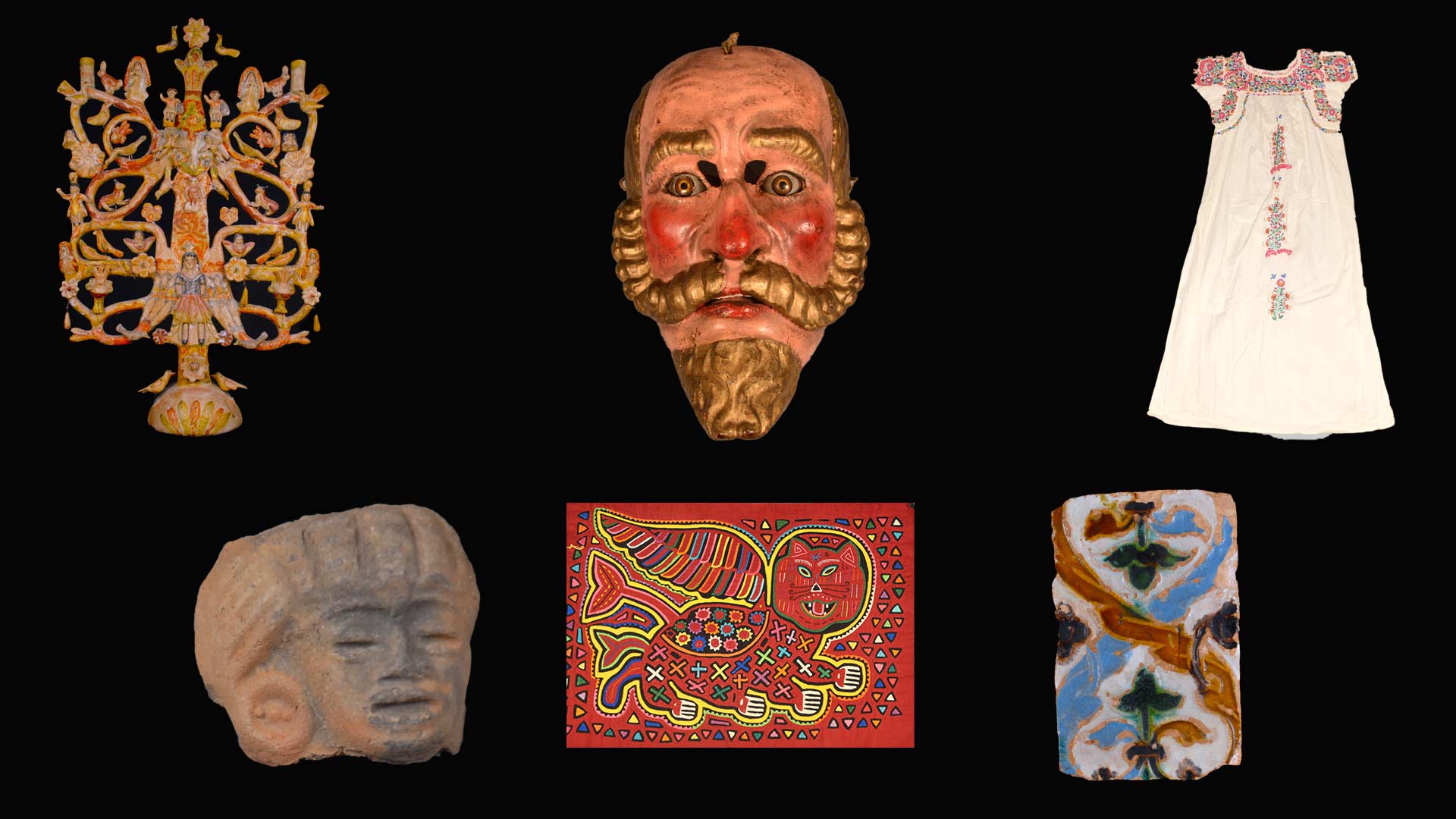 The borders between South and North America are relatively recent creations. In fact, the cultures of South and North America have long been entwined. With peoples, objects, and cultures moving back and forth across the Southern Border up to today, and long before the Spaniard Christopher Columbus arrived on American shores, there has been much cultural borrowing and adaptation of customs.

Hispanic culture, loosely defined as the culture of Spanish-speaking people, is incredibly diverse and the histories of the Spanish-speaking world are complex to say the least. Not to mention that Americans who identify as Hispanic American may not even speak Spanish, or may speak an indigenous language that predates the arrival of Spanish to the shores of the Americas.

No single object can tell the story of all of the Hispanic populations, but we can still marvel at the diversity and artistry of objects from throughout the Hispanic world that gesture to long histories, rich traditions, and fine craftsmanship. It is in this spirit that we share with you these pieces, housed at the Spurlock Museum of World Cultures.

This ceramic fragment from a figurine dates from Mexico ca. 1000 BCE. Pre-Columbian Mesoamerican civilizations, such as the Olmec, Maya, and Aztec, flourished for 4,000 years before first contact with Europeans.

This ceremonial mask of a “Spaniard” circa 1950 was used in the “Dance of Conquest '' by the Quiche people of Guatemala. Native cultures in the Americas have long created art depicting this first, brutal encounter with Europeans.

This tile is from the Hospital of San Nicholas deBari, a UNESCO Heritage site, which is the oldest hospital built by Europeans (the Spanish) in the Americas. Construction began in 1503 at the behest of Governor Nicolás de Ovando. The hospital was modeled after Italian Renaissance churches, and included three naves. One of the naves was used only for worship, the other two housed patients.

Molas are traditional textile crafts that use several layers of fabric, which are stitched and cut using appliqué techniques. Molas originated from the work of women of the Kuna Tribe, San Blas Islands, Panama. Native Kunas speak their native language along with Spanish.

A traditional, hand stitched dress from Oaxaca, Mexico, represents a style that gestures back in time and is still popular today.

The Tree of Life, or Árbol de la Vida, were probably originally made by Spanish friars and priests for teaching the Biblical story of Adam and Eve. They probably originated in Matamoros, Mexico, the design borrowing from the bronze and silver candelabra that the Spanish used. The Árbol de la Vida is now used to represent any number of aspects of Mexican culture, from food to literature to art. In essence the Tree of Life is about the relationships and connections between all beings, in fact, between all things.