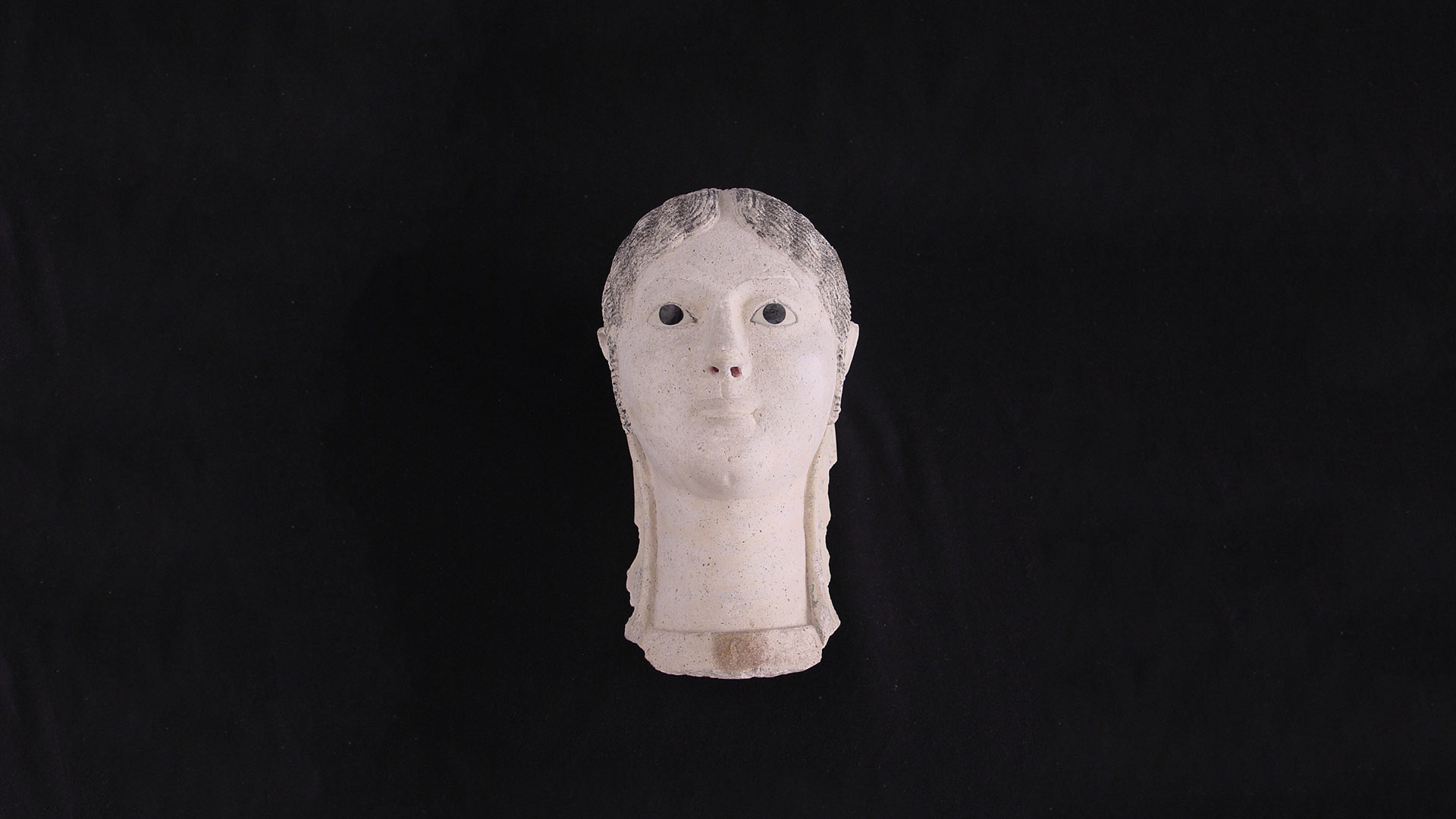 This plaster burial mask of a woman gives us a glimpse into the wealthy burials in the Fayum region of Egypt during the Greco–Roman period (ca. 1st–4th centuries). It was created by modeling the features of the dead person in plaster. It would then be placed over the face of the mummy to be recognized by the person’s sprit in the afterlife.

A large number of mummy portraits and masks have been found in the Fayum region. Research and experiments using CAT scans and X–rays indicate that most of the portraits reflect what the deceased actually looked like around the time of their death. What we see in the mask is most likely what the Egyptian woman looked like thousands of years ago. However, there are also fantastic qualities in this mask, such as the stark contrast of her white face with the solid black eyes that lack pupils.

Masks also capture the fashion of the time period. The woman’s hair is gathered on the crown of her head with a deep emphasized middle part, which would have been typical for a woman of the upper class.

The Fayum region was a flourishing metropolitan community in ancient Egypt later occupied number of different contributing cultures, including the Greeks, Romans, Syrians, and Libyans. This area is now rich in archaeological finds. A normal oasis is normally supplied by springs, but the Fayum instead is formed by the Nile mud by the Bahr Yusuf (Canal of Joseph).