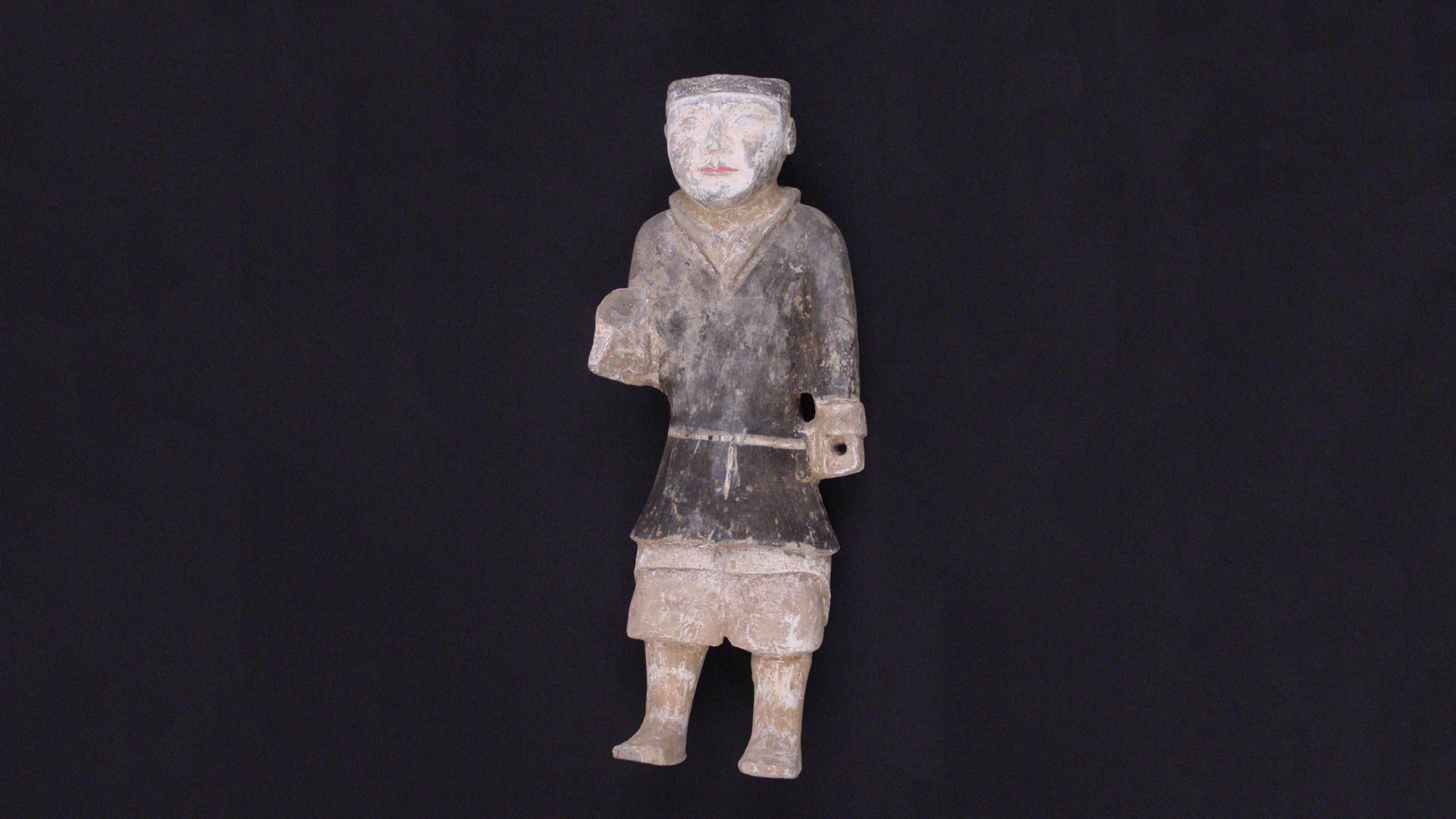 This guard or warrior figure may have protected the tomb of a lesser official in the Chinese Emperor’s administration during the Han Dynasty (206 BC–AD 221). It is about 18 inches high and made of painted earthenware.

The figure represents important social changes that took place in early China. Prior to the Han Dynasty, China was an agriculturally based feudal society, plagued for centuries by warfare. The country was unified in the short-lived Qin Dynasty (221–206 BC) and again under the Han Dynasty rulers. China expanded its borders and extended its influence. Extensive trade routes led to an influx of foreign goods and ideas. Buddhism and Confucianism grew in popularity, imposing an emphasis on education and moral values. Society changed too, with increased social mobility and affluence.

Elaborate and expensive funerary goods, created for the deceased to use in their afterlife, previously reserved only for the nobility, now became obtainable for those of lower rank and lesser wealth. An individual could select from a variety of different sizes, materials and quality of grave goods. Imperial edicts dictated the number and extent of tomb furnishings based on one’s official rank. Funerary goods represented objects from everyday life that would make for a comfortable life after death. Model homes, granaries, pavilions and entire compounds were reproduced in clay. Miniature replicas of agricultural tools, stoves and farm animals would have provided sustenance. Human figures representing servants, watchmen, musicians and dancers were included to make the tomb occupant’s life safe, comfortable and enjoyable.