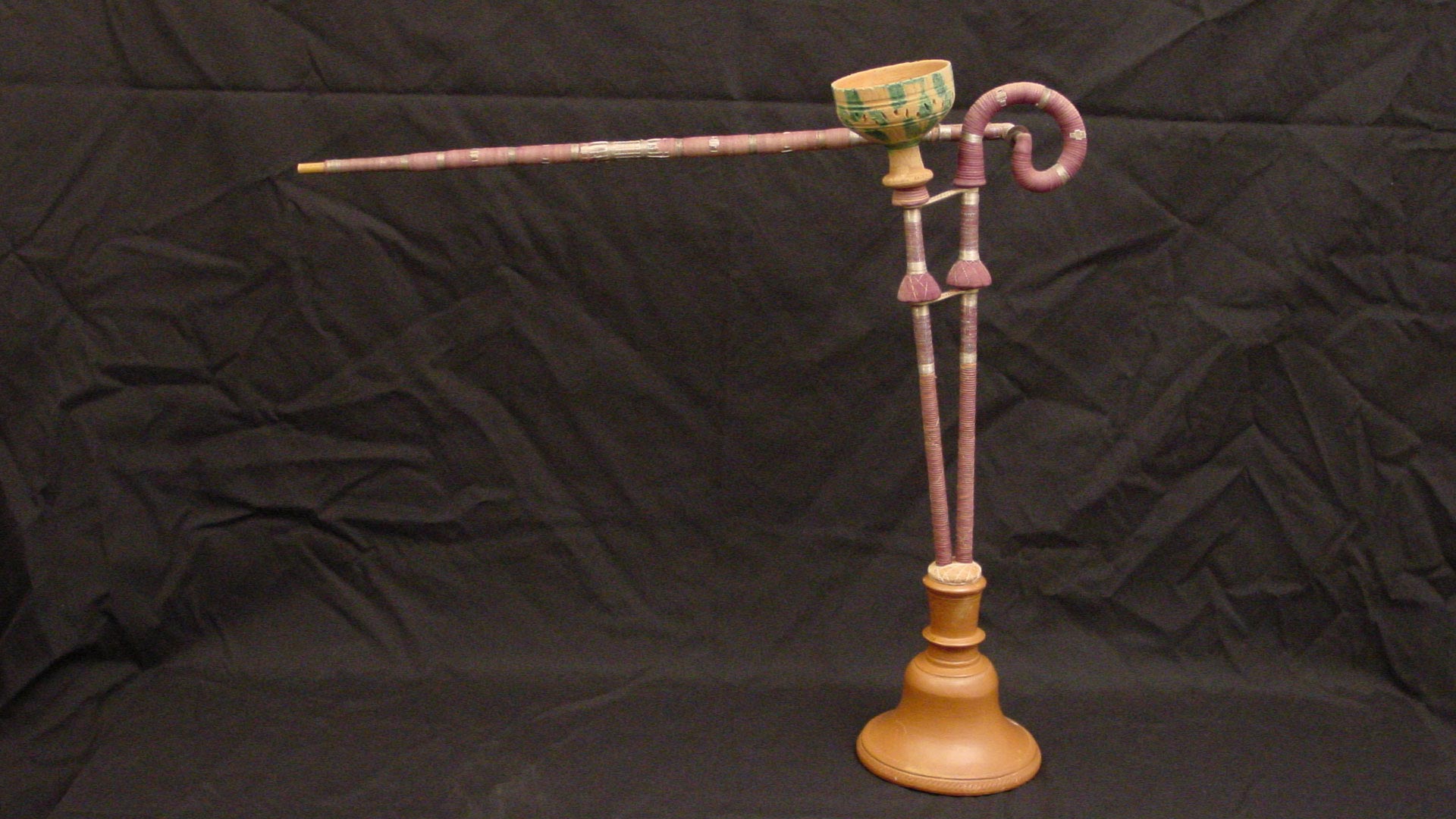 Hookah comes from the Persian word huqqu, meaning "vase" or "casket", but it actually refers to a large instrument used for smoking tobacco or hashish. This particular hookah is from India. In India, hookahs were known as narghiles. Narghile comes from the word narcil, meaning coconut wood. Early narghiles were made out of coconut wood and shells.

The hookah consists of four parts: the Agizlik (mouthpiece), the Lüle (the bowl used for smoking), the Marpuç (the tube), and the Gövde (the bowl or base).

The hookah is used to cool down the hot smoke that comes from burning hashish or tobacco. The smoke is cooled by being sucked down through the hookah's base, which is filled with cold water. The cooled smoke is then pushed up through pipes and into the smoker's mouth.

Hookahs are often identified with Turkish culture, but have also been popular throughout India and the Middle East. Hookahs typically were used in coffee houses or for social gatherings. However, you may know the hookah best as having been used by the Caterpillar in the book Alice in Wonderland.