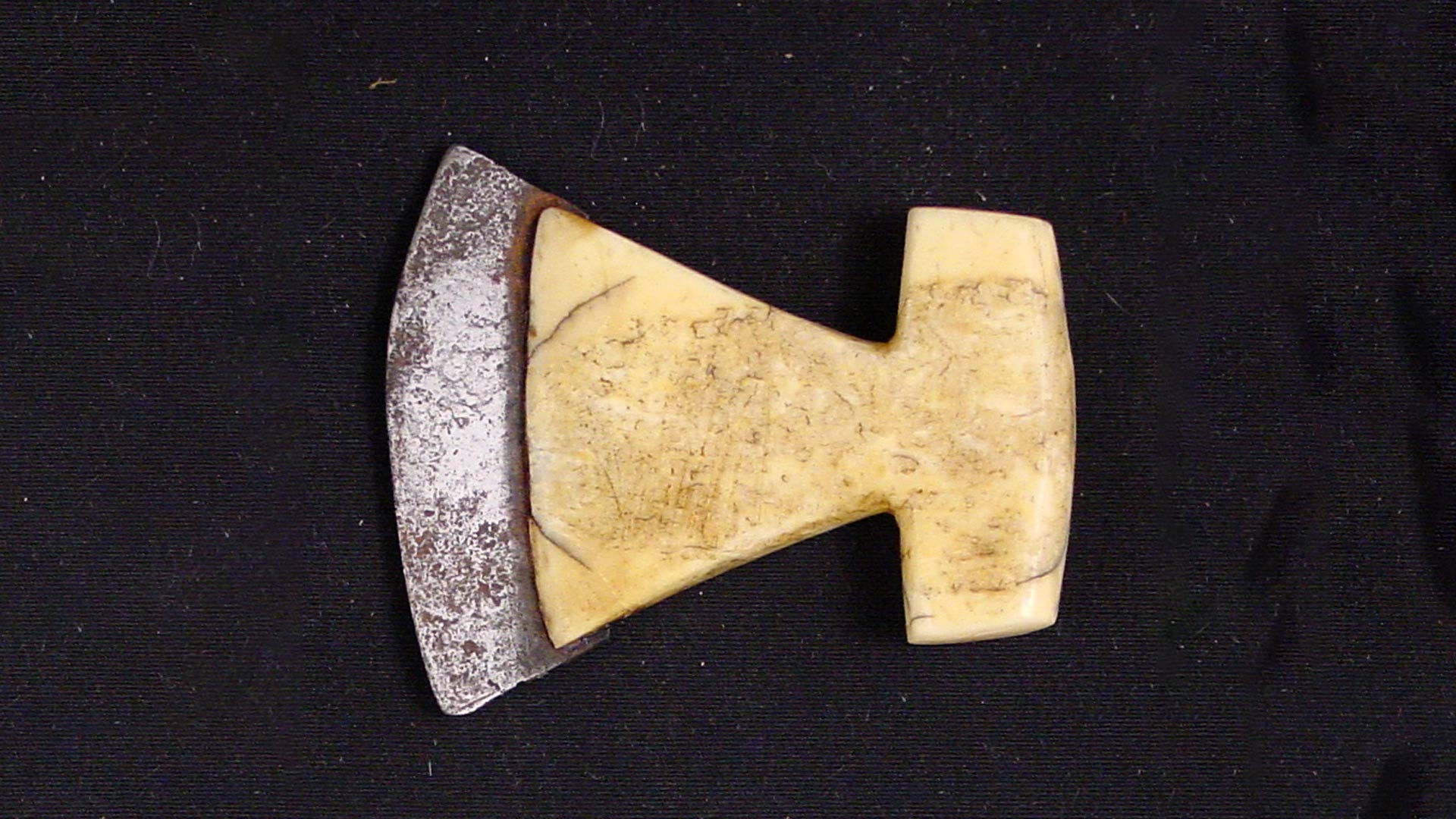 We asked our student employees to talk about some of their favorite Spurlock artifacts. Here's an excerpt of what Anna Rataj had to say about an Alaskan ulu knife in the collection. The audio and transcript follow a photo of the object.

(Narrator) Today, we're going to be taking a look at an Alaskan ulu knife. The cultural and historical significance of this knife will be described by our collections student staff member, Anna.

We all have that one kitchen drawer filled with sharp implements ranging from knives to peelers and scissors. Not to mention the endless list of kitchen gadgets that I swear will make my life one hundred times more efficient... until I buy it, and it sits in that drawer... unused. Why did I think I needed a tool specifically for hulling strawberries?

The Alaskan Ulu is a knife used for a variety of different applications. The flat, semicircular blade of this ancient tool makes it useful for skinning, cutting hair, or even making clothes. Successful use of this tool requires precision, skill, and strength. The ulu is particularly significant for women’s culture in Inuit tradition. Ulu translates to “woman’s knife” and is passed down from one generation of women to the next. Even more than their practical application, the knife has immense cultural significance. Chaim Andersen, a scholar in chemistry and Inuit life and culture, reminisces about cleaning seal skin with her mother, thinking, “One day, I’m going to do that with my daughter.”

The ulu has been used by Inuit peoples for several hundred years. The knife in Spurlock’s collection is dated from 1913 to 1917. The handle is made of ivory, although they are often made of bone or wood as well. Interestingly, the blade is composed of iron, rather than the often-preferred slate. Iron smelting was impossible in the climate of Greenland, but about 5,000 years ago, a meteorite collided with western Greenland. The meteorite was found to be composed of 92.3% iron and 7.6% nickel; no other meteorite on Earth has been found to contain the same mineral composition. When the meteor crashed, the fragments flew and spread across the Northern hemisphere. This iron could be cold-worked to craft blades, and several Inuit artifacts have been confirmed to be made of fragments of this meteorite. Perhaps the knife in Spurlock’s collection is also made of space rock!

Previous Post: The Story of Inventory
Next Post:Featured Objects: Big and Small