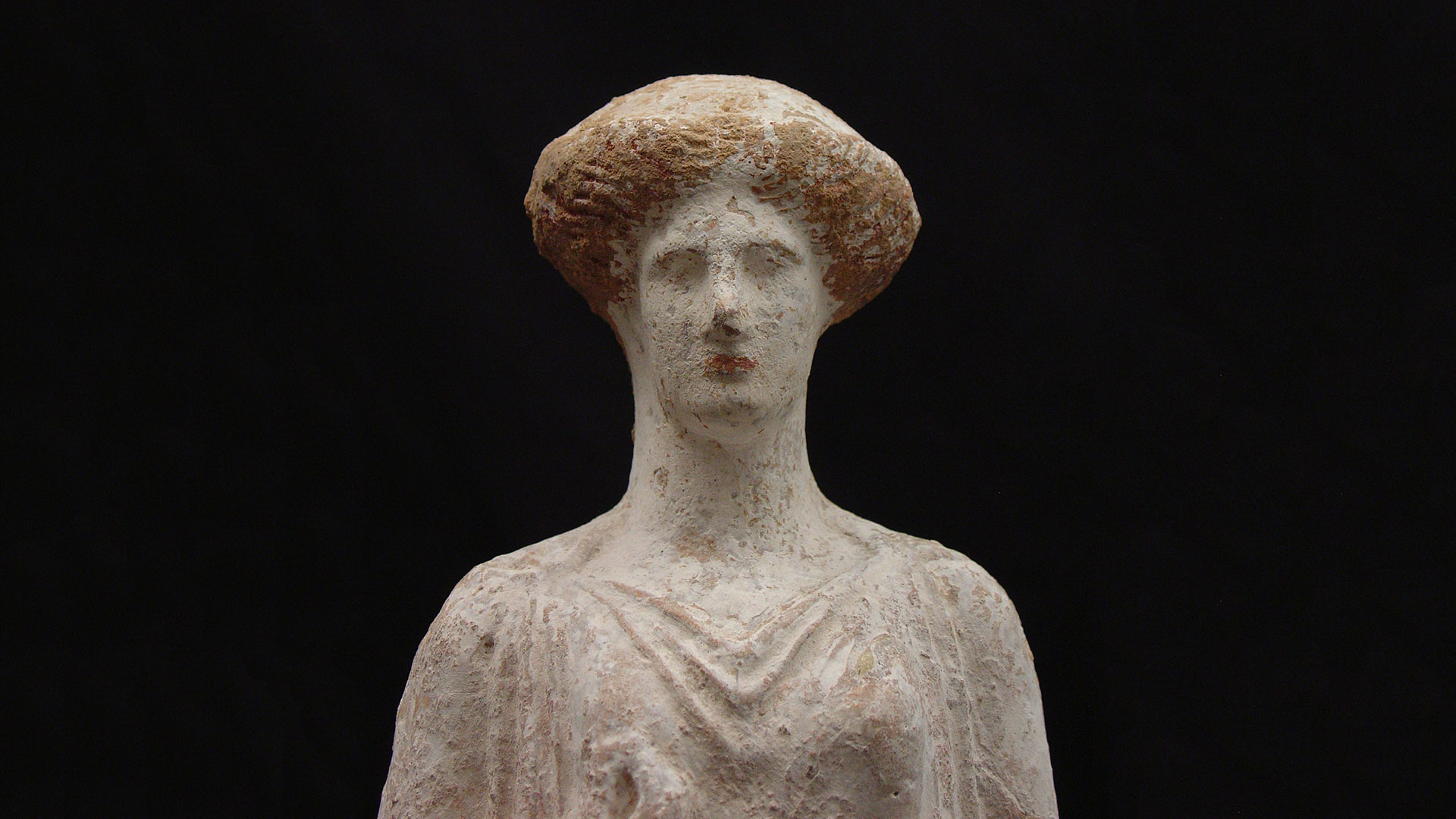 This terracotta figurine of the goddess Demeter, dating to the third to fifth centuries BCE, was discovered at the site of Eleusis, northwest of Athens. Eleusis was the location of a cult associated with Demeter, known as the Eleusinian Mysteries. This specific figurine would have been used as a votive offering to Demeter. As the goddess of grain and fertility, Demeter played an important role in ancient Greek society. Like many other ancient cultures, the ancient Greeks were dependent on the success of the grain harvest for their sustenance.

A well-known myth about Demeter and her connection to the Eleusinian Mysteries cult was told in the Homeric Hymn to Demeter. Demeter went in search of her daughter, Persephone, also known within the cult as Kore, who was abducted by the god of the Underworld, Hades. While on her search, Demeter came to Eleusis disguised as an old woman and was befriended by the royal family. She was hired as a nurse for the new prince and secretly began to turn him immortal by feeding him ambrosia, the food of the gods, and placing him in a fire to burn away his mortality. The queen, unaware of the nurse's true identity, spied on her and mistook the ritual as an attempt to kill the child. After revealing her identity, the goddess, still upset about her missing daughter, angrily spread famine across Greece and demanded a temple built in her honor. Once appeased, Demeter taught the city’s inhabitants her sacred rituals, created the Eleusinian Mysteries cult, and continued on her search for Persephone.

This figurine was originally brightly painted, as seen from traces of blue on the front of her draped clothes, as well as traces of red paint on her lips. This terracotta figurine was made by a mold. First, wet clay was mixed with baked clay to be pressed into a mold. The back and bottom remained open to aid in quick baking and drying of the figure. Once dried and painted, this figurine would be given as a symbolic offering to Demeter rather than used as decoration.