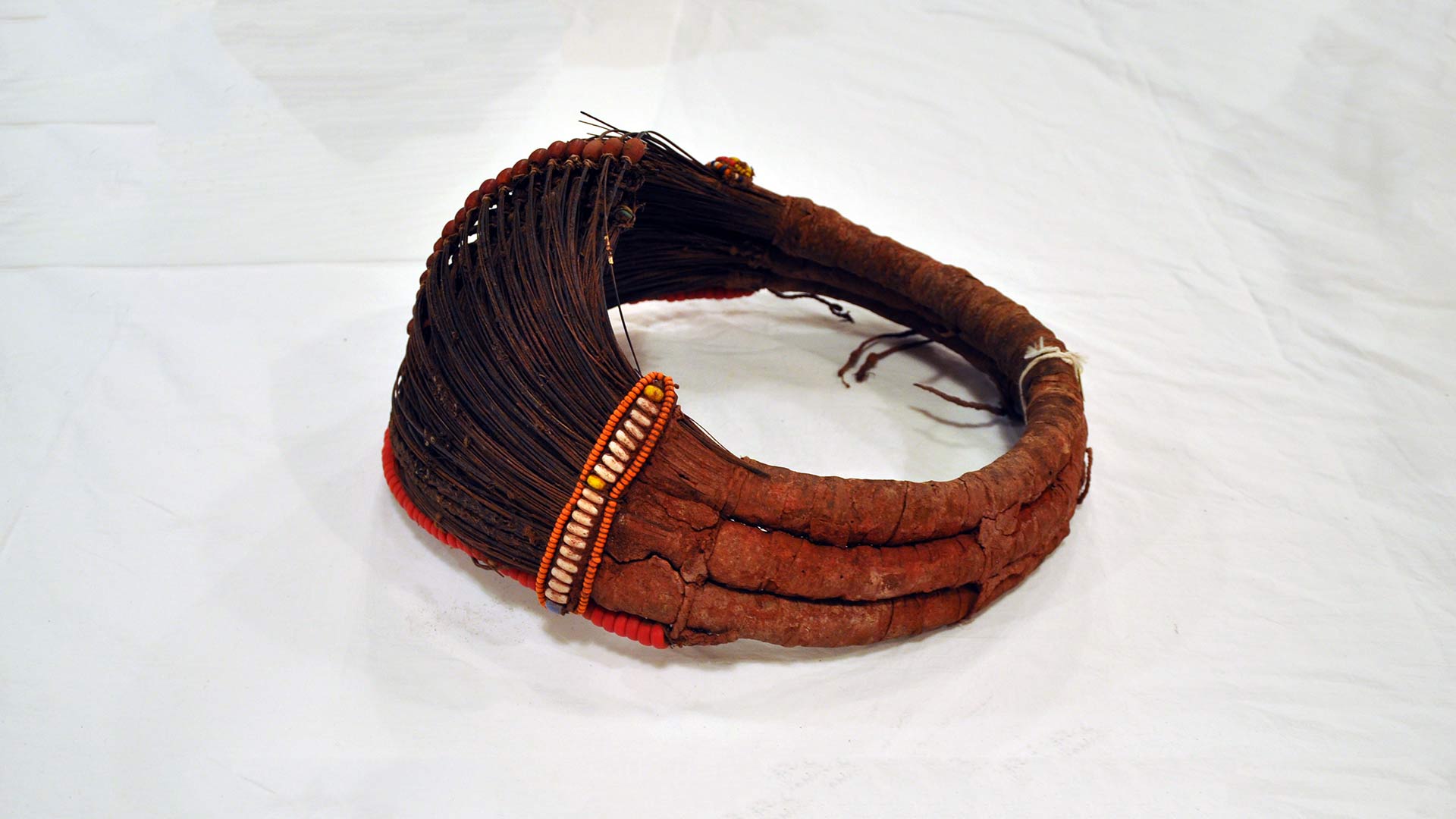 This intricate necklace is made and worn by the Samburu people of North-Central Kenya. The Samburu are nomadic pastoralists, following patterns of rainfall to different places in order to nourish their livestock. They are closely tied to the more southern Maasai culture.

Bodily decorations are highly prized; men cover themselves in red ochre and women wear thick and heavy necklaces such as this one throughout the various stages of their lives. Mporro necklaces signify the married status of a woman. The wiry strands used to create these pieces are made from animal hair or plant fiber and include red glass Mporro beads, which give the necklace its name. Samburu marriage necklaces were originally made completely from animal hair, but now that elephant and giraffe hair is more difficult to obtain, they are usually constructed from a combination of doum palm fibers and sheep or goat leather.

Red mporro beads are an extremely important aspect of the Samburu culture. When a girl is to be married, her mother gives her beads from her own marriage necklace. After being married for approximately a month, the girl is brought gifts of milk and additional mporro beads by neighboring and related women. These beads symbolize fertility and wealth as well as a connection to successful ancestors.

The beads have been made in Europe since the 19th century specifically for trade with African communities. By the end of the 20th century, the beads had also become highly desired by western consumers, creating a scarcity of them among the original users in Africa. Owners of the necklaces have started to rent and loan their necklaces to women whose daughters are about to be married. Since Mporro necklaces are a necessary component of a Samburu marriage ceremony, this arrangement is beneficial to both parties. Some Samburu women also sell their Mporro necklaces, but because of the sacredness of the object, any profit obtained is not allowed to be spent on food.

Beads made from Samburu-Kenya (external link)