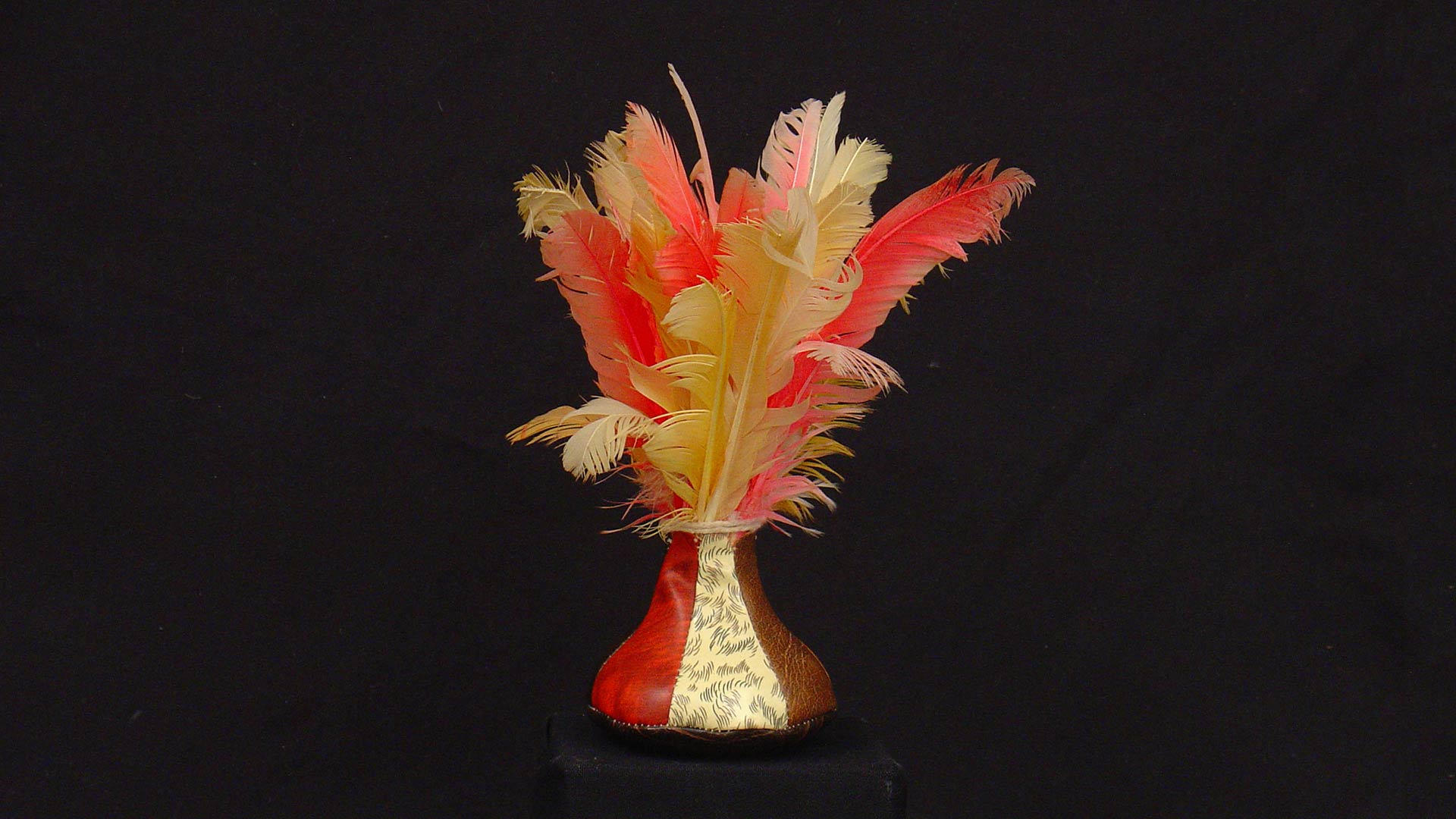 This peteca, or shuttlecock, in the Spurlock Museum collection was made in Brazil during the mid-1900s and used in a Brazilian game called peteca. Dyed feathers of various shapes and sizes are set into a base assembled from pieces of dyed leather and vinyl. In contrast, historical petecas consisted of stones wrapped in leaves and tied to an ear of corn. Today, the shuttlecocks used in official peteca tournaments consist of rubber and plastic bases and straight, white, turkey feather flights. This peteca, at 78 grams, is almost twice the weight of a standard tournament peteca.

In the game of peteca, players hit the shuttlecock back and forth over a net using only their hands. The game was originally performed at ceremonial occasions, and it developed into a common recreational pastime. It did not become a competitive sport until the 1930s. The first official rules were developed in 1973, with the first Brazilian championship in 1987. It is said to be one of the fastest growing sports in Brazil alongside football (soccer) and volleyball. Although the activity was introduced to other countries by the 1920 Brazilian Olympic team, the first formal international championship was held in May 2006. Peteca has become especially popular in the United Kingdom and in France. It has yet to become well known in the United States.