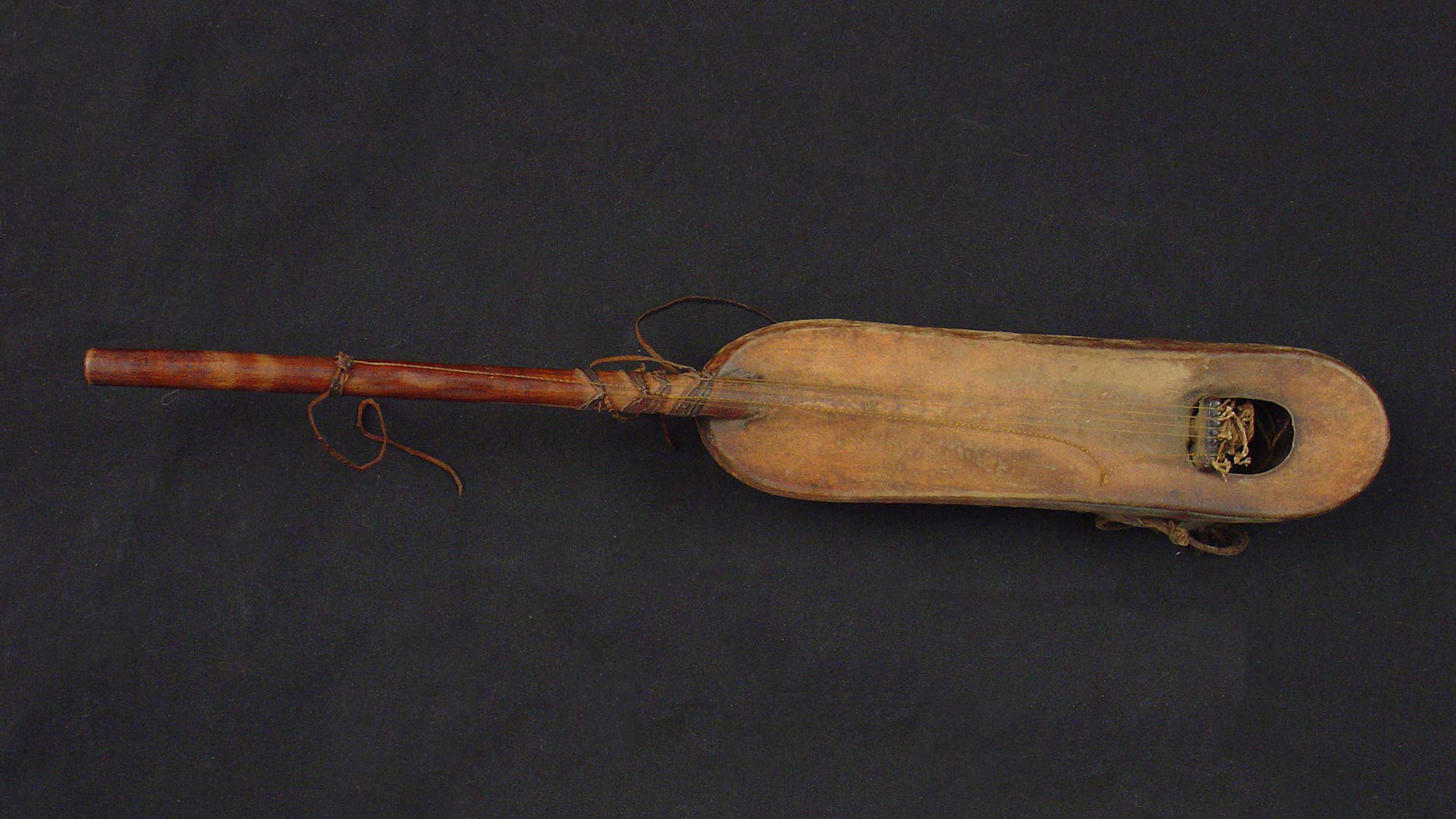 The ngoni is a lute instrument from West Africa and is part of the Mandinka culture. People who identify with this culture are also known as Mandingo, and they live throughout Africa, claiming their origins with the Mali Empire.

The body of the ngoni is made from a long, thin, hollow piece of wood with leather stretched on it, resembling a drum. The long, straight neck is inserted into the body but, unlike the kora, another West African stringed instrument, does not quite extend the length of the body. The strings are made of fishing line stretched just past a small opening in the face to a bridge at the base of the body. The strings are held in place by thin leather strips, which can be moved up and down the neck to change the tuning. Like the tuning, the number of strings and size of the instrument can vary greatly. When plucked, the ngoni makes a deep, resonating sound, and it is used for quick-paced melodies.

The ngoni is said to be the African ancestor of the modern-day banjo: both are played by plucking, and the shape of their bodies are similar to drums. West African storytellers called griots have used this instrument to accompany to their stories since the 12th century. Donzo ngoni is a special type of instrument played only by men and used in hunting rituals and ceremony. Contemporary musicians perform and record a wide range of music on the instrument in solo, duet, and ensemble settings.

Previous Post: Thot Kathin: The ceremonial presentation of new robes and gifts to Buddhist monks in Thailand
Next Post:The presentation in Thailand of a white elephant to the late King H.M. Bhumibol Adulyadej