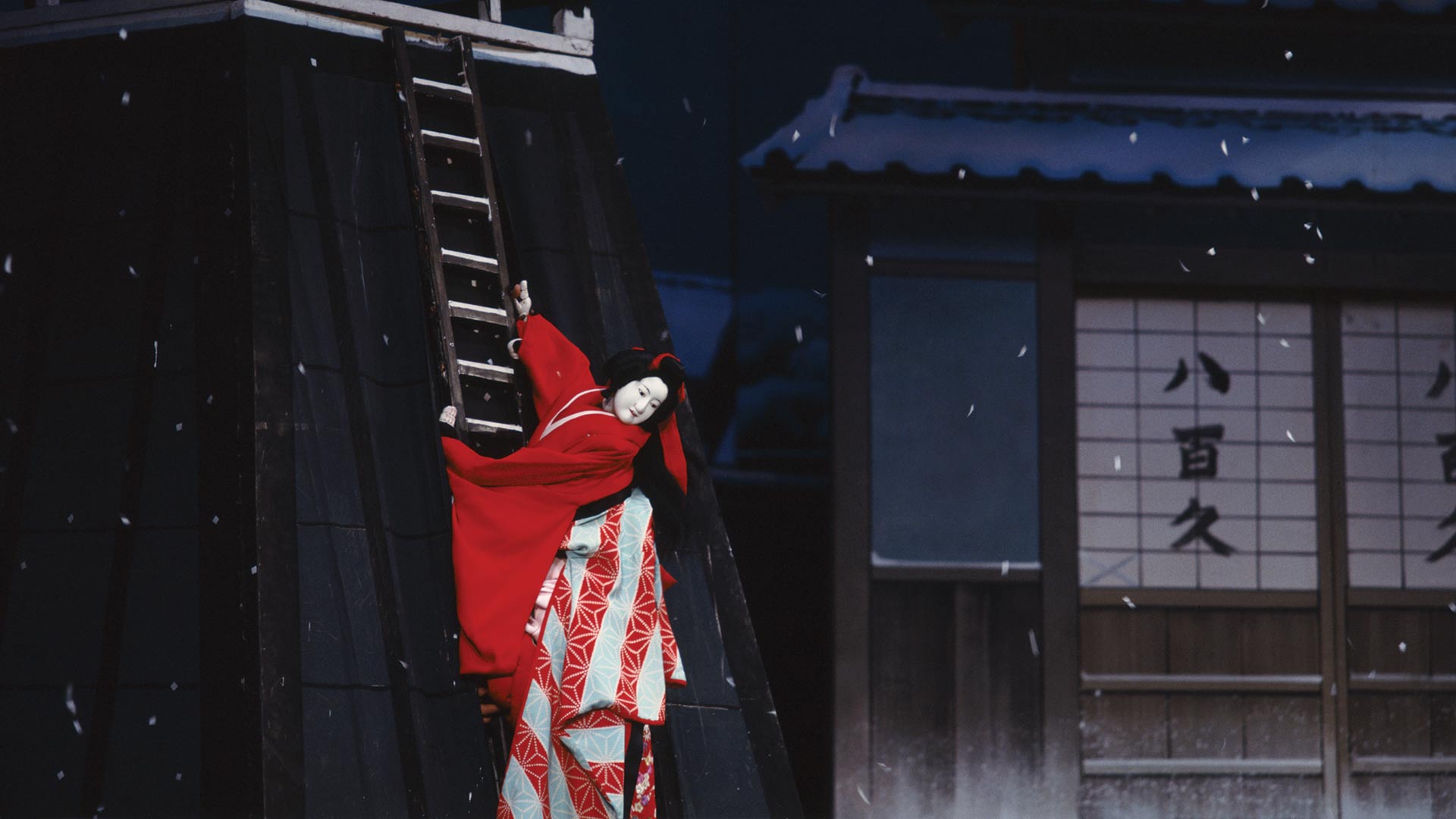 How Puppet Magic is Made

The theater lights dim. A hush falls over the crowd as they settle into their seats in anticipation. The first of 3 short plays about Japanese folktales begins as a character enters stage left. But instead of a human actor beginning the drama, a three-foot-tall puppet walks onto the stage aided by 3 men in black. This is bunraku, a form of Japanese theater over 300 years old.

The National Puppet Theater of Japan made its first US tour in 20 years this fall, and on Saturday, October 6, 2007, it stopped in Urbana-Champaign to give a behind-the-scenes presentation at the Spurlock Museum before its evening performance at the Krannert Center.

During the presentation, the troupe explained the details behind their art form. There are 3 major roles in a bunraku performance: the narrator, who must give voice to all the characters; the musician, who helps set the tone and emotion of the performance by accompanying the narrator on an instrument called the shamisen; and the characters—the puppets themselves. For each puppet character, there is a set of 3 artists. These men must learn to work in unison to move the puppet with fluid and life-like motion according to the narrator and the musician. The most inexperienced artist, who has trained for about 10 years, works the legs of the puppet. The next most experienced controls the puppet's left arm. The puppet master, a man who has been performing for close to 30 years or more, gives life to the puppet's right arm and head—the seat of the character's emotion.

To give the audience an idea of how all these different components of the art blend together into a story, the troupe performed 2 excerpts from their show scheduled for later that night. The first portrayed an argument between a blind man and his wife in which the man accuses his devoted wife of adultery, when, in fact, she has been sneaking off to pray for his health. The second involved a fierce samurai warrior recounting his victory in battle. Although the narration was in Japanese, all the different elements of the art form interwove seamlessly to express the characters' actions and emotions. The sad twang of the shamisen told of the wife's disappointment in being falsely accused and the huge, strong voice of the narrator with the stomps of the puppeteers along with the puppet invoked a ferocious triumph in a legendary battle.