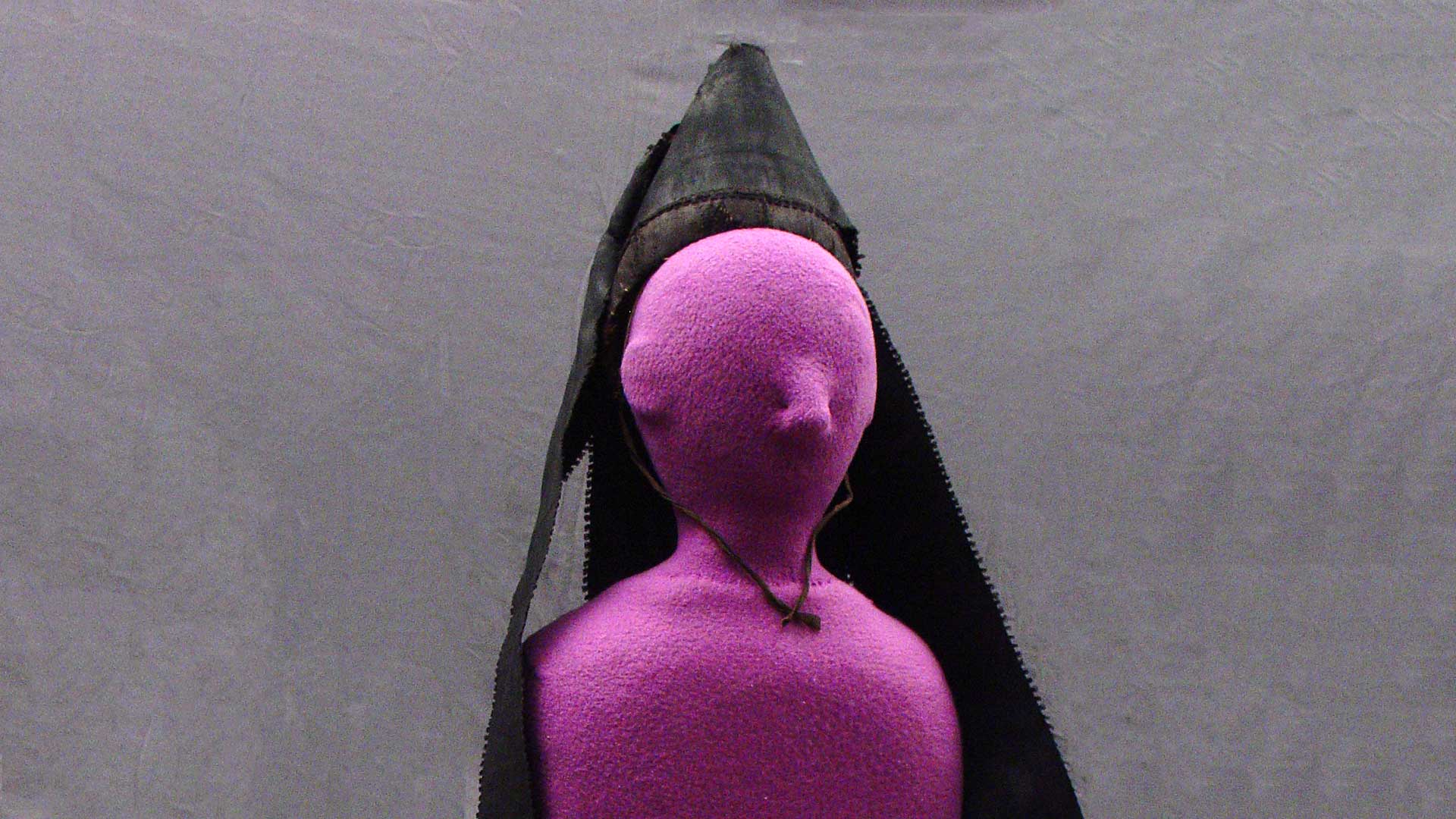 Our bonnet from Franconia, a region of Bavaria in southern Germany, features various elements of the bonnet’s evolution. Though bonnets are often associated with American pioneer women, they have actually been a popular type of headwear for hundreds of years. The bonnet quickly gained popularity in a variety of forms as different cultures adapted the bonnet to their own styles of folk dress. Throughout eighteenth-century Europe, bonnets of velvet, lace, or silk were worn. A particular bonnet style developed in Germany of a raised top that required stiffening to stand erect. A conical bonnet is one element that distinguishes Lower Franconian dress from typical Bavarian clothing. Franconian bonnets were made of black silk and had long broad ribbons behind it.

Such is the case with the Spurlock Museum’s Franconian bonnet, which features a traditional conical shape, long, broad ribbons in the back, and an under-the-chin tie closure. Stiffening materials were placed within the body of the hat to maintain its shape. This bonnet surprised the Spurlock Museum when the staff discovered that the stiffening material was handwritten music! The paper was lined and notated by a nineteenth-century music student, evidenced by a teacher’s “analysis marks.” The music paper was particularly stiff, and it could probably hold the conical shape better than other papers or fabrics. The ingenious assembly and unique style of the bonnet highlights folk dress of the Franconian region.

There are other bonnets in the Spurlock collection that demonstrate adaptation of the form to different folk styles. These include: