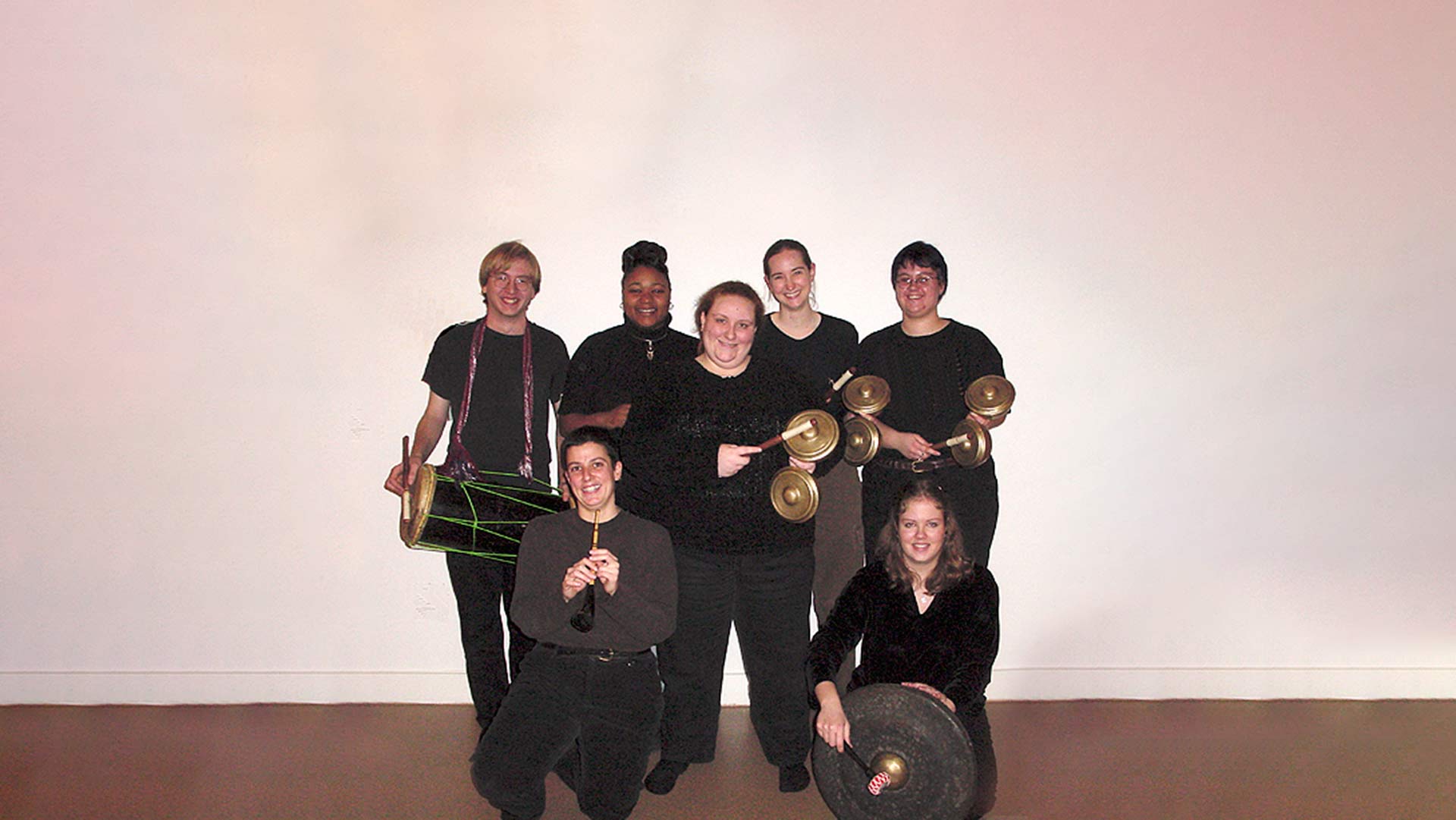 Music in the Central Core

On Saturday, the Spurlock Museum came alive with music from West Sumatra, Indonesia, performed by the ensemble Sari Minang. This ensemble, directed by ethnomusicology Ph.D. student Jenny Fraser, is a class offered in the School of Music at the University of Illinois (external link).

Talempong is one of the most popular and widespread musical genres associated with the Minangkabau people from West Sumatra. The word talempong refers to an instrument, an ensemble, and a genre, and its performance is different in every village.

Sari Minang performed 2 different styles of talempong. The group performed the seated style, a style primarily melodic in nature in which the talempong are arranged in a row on the stand. They also performed the processional style, with the set of talempong divided up between several players to perform interlocking rhythmic motifs, where they moved about the different galleries of the museum trailed by the audience. The instruments used included talempong (small kettle gong), gandang (double-headed drums), aguang (large gong) and a sarunai (reed aerophone).

One of the highlights of the day included an interactive element when members of the audience, including several children, came up to try playing the processional style. 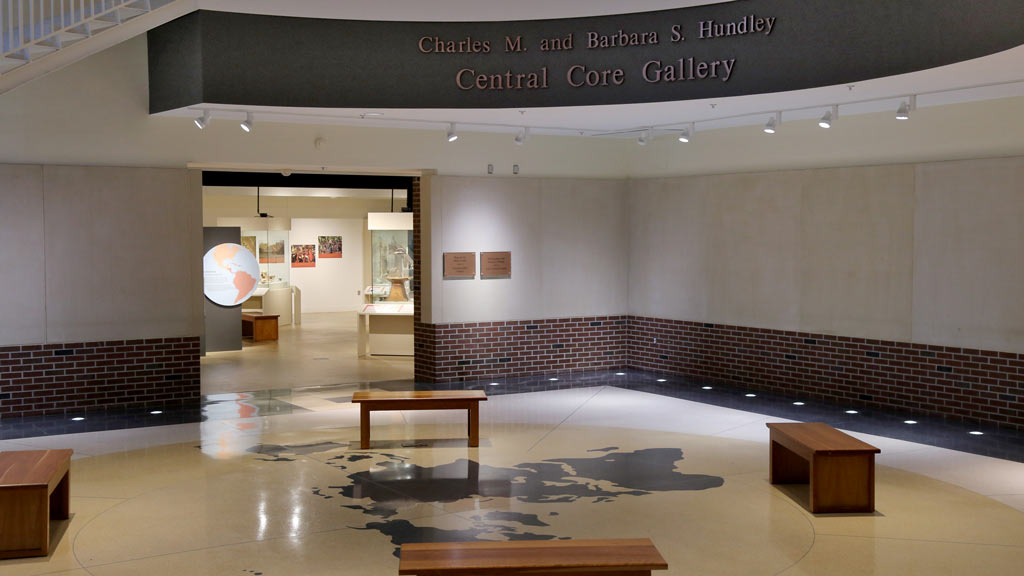