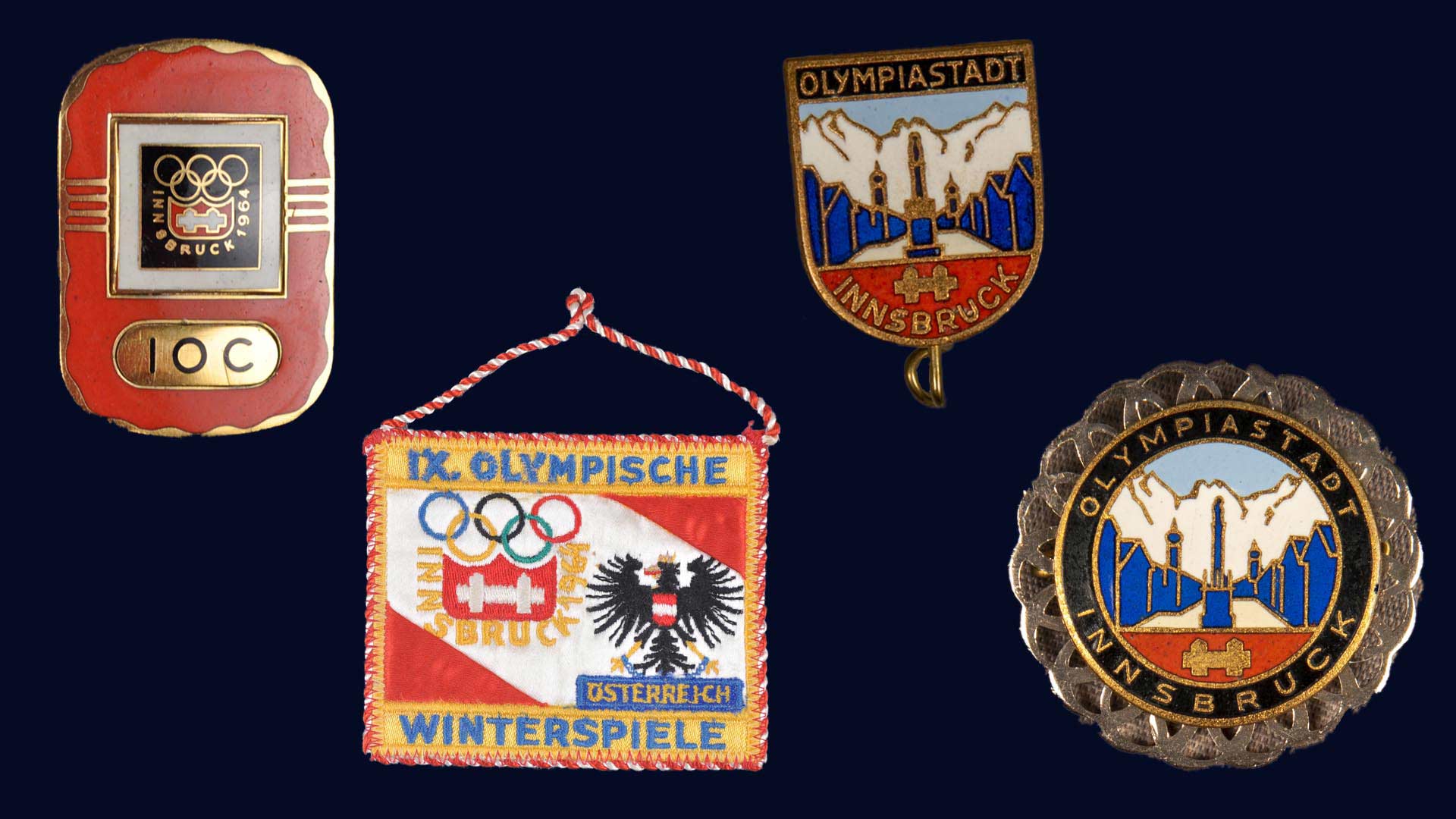 Objects from Austria Winter Olympics 1964 and 1976

I’m an IT student who’s been working at the Museum for a little over a year now, since the spring of 2020. I was preparing to do a semester-long study abroad program in Vienna, Austria for fall of 2020. For the spring 2021 semester, in lieu of study abroad, I was tasked with researching how COVID-19 was affecting my study abroad location. I wrote a research paper looking at the industry of ski resorts because in March of 2020, a “superspreader” event occurred when tourists returning from ski trips in Tyrol, Austria spread COVID-19 in their home countries. Austria has a strong ski culture and is “the only country in which schools regularly continue to have ski weeks” (Moreno-Gené et al 1). Austria specifically sees about 51 million ski visits per year, therefore accounting for 13% of ski visits globally (Trawöger 339).

Considering the research I did on the ski tourism industry in Austria, I thought it would be fun and interesting to take a look at the objects attributed to Austria in Spurlock’s collections. While our collections have quite a number of objects related to Austria, I decided to focus on a few objects related to the Winter Olympics hosted in Innsbruck, Austria (1964 and 1976). I thought it would also be fitting as the Tokyo 2020 Olympics are currently occurring, with Tokyo having last hosted the Summer Olympics in 1964.

In 1964, Innsbruck hosted the Winter Olympics. Innsbruck is the capital of Tyrol, an Austrian state that is known for skiing and other Olympic sports. Ishcgl, another town in Tyrol dubbed “Ibiza on ice,” is the town blamed for the superspreader event and the key location of my research paper. For the 1964 Winter Olympics, Innsbruck would be the first host city to “hold events throughout the surrounding area, enabling more than one million spectators to watch the contests.” Additionally, for the first time for the Winter Games, “the Olympic torch was lit in ancient Olympia, Greece, then relayed to Innsbruck” (Young). The major problem for this Olympics was the fact that there was a shortage of snow, as Austria experienced its mildest February in about 60 years. The Austrian army had to bring in 25,000 tons of snow to make the snow-based events work (Young).

Both the pennant and the pin above feature the symbol for the 1964 Winter Olympics at Innsbruck: the 5 Olympics circles, with the symbol of a bridge (the bridge over the Inn gives ‘Innsbruck’ its name) underneath and Innsbruck 1964 wrapping around underneath. The combination of the Olympics rings and the bridge symbolizes the friendship between young athletes from different countries coming together at the bridge over the Inn in 1964 for the Olympics. The pennant also features the coat of arms for the state of Tyrol (the eagle with Österreich underneath, which is the German word for Austria).

The pin is an International Olympic Committee pin. At the start of modern Olympic games, three pin designs were made for the 1896 games: for judges, for athletes, and for officials. These pins became immensely popular and soon became collectibles and part of a trading culture. These pins soon became produced in a variety of manners—as propaganda, for sponsoring companies to promote themselves, to represent different sports, and to represent the competing countries. This particular pin is one that the International Olympic Committee offered. You can read more about this phenomenon in the “Olympic Pin Trading in the Inside the Crazy World of Olympic Pin Trading” article from Wired (external link).

Denver, Colorado was originally awarded the 1976 Winter Olympics, but the people of Colorado voted to reject the role and the use of public funds needed to host the Games. Denver is still the only city to reject an Olympic bid, but their rejection generated important conversations over the costs of hosting the Olympics (economic and financial) and the toll it can have on the host city. You can read more about Denver’s decision and reasons for rejecting to host the Olympics in the “When Denver rejected the Olympics in favor of the environment and economics” article from The Guardian (external link). You can also read about the “Olympic curse” for host cities in the “Host City Curse” (external link) and “The Olympic Shames: Rio And Athens Sports Venues Abandoned” (external link) articles from Forbes.

However, after Denver rejected their bid, Innsbruck was awarded the Winter Olympics for the second time. Our collections have 2 commemorative pins that feature similar designs and the same image. While the emblem of the 5 Olympic circles with a symbol of a bridge remained the same from 1964 to 1976 (except that in 1976, the design became more minimalist), these pins in our collection do not feature the same emblem that the 1964 pins do. These pins seem to show an image of the “Old Town” of Innsbruck instead, which is the old town center of Innsbruck that has managed to be preserved for hundreds of years. The travel blog Travel Passionate includes a picture of the “Old Town” of Innsbruck (external link) that seems to map perfectly to the Olympic pin. Once again, these Olympic pins provide an opportunity to celebrate different aspects of a city in different and creative ways.