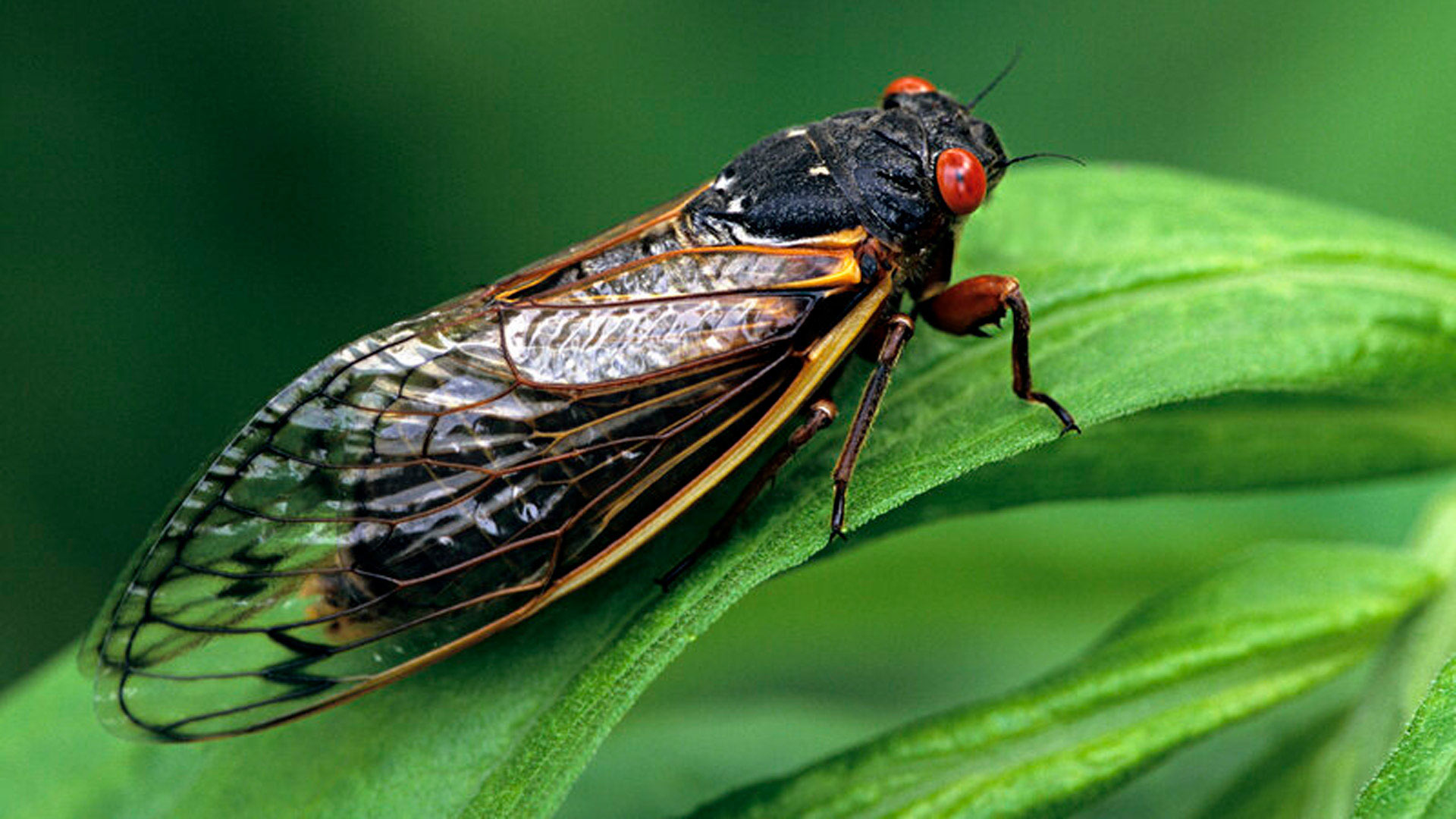 This summer, Brood X cicadas made their loud presence known in parts of the East Coast and Midwest as they emerged from their 17–year sleep underground—and for a limited time, they will be making a stop at Spurlock in an pop-up exhibit available in the museum.

The Brood X cicada is the largest of the 17-year variety at 2.5 inches long, with a wingspan of 3 inches, although they are not named for their large size. The “X” in Brood X actually marks the 10th cycle that scientists have been able to record this particular species, making them an incredibly difficult species to study. This unique hibernation pattern is thought to be a strategic method of avoiding predators. Spending less time in places they are vulnerable, and eventually surfacing in incredibly large numbers, gives these cicadas a form of protection—there are simply too many of them for predators to make a dent in their population.

Although their numbers are large, their time above ground is incredibly brief, lasting about a month and a half. Cicadas spend most of their life underground in their larval stage. After nearly 17 years, they emerge from the ground and shed their shells, which you can often find stuck to trees, cars, or just about anything else. They even shed their entire respiratory system, which will sometimes be visible with the exoskeleton. Once they have gone through this process, they are considered a fully adult cicada, and are ready to plant the seeds for a new generation.

This leads to what cicadas are probably most known for—their song. A big reason these insects have a reputation for being loud is that there are simply so many of them emerging at once, and their voices become amplified as a chorus. In conjunction with this, males emerging from the ground know that they have only a brief amount of time to find a mate, as well as a lot of competition, causing them to sing even louder. The song of the 17–year cicada has even been known to make the birds sing a little quieter when they are present.

Cicadas will always be more present in heavily wooded areas, as trees are their sole source of nutrition. When they are in their larval stage, they feed on the juices and sap of tree roots. Like mosquitos, their mouths are specially formed with a mechanism designed for sucking; however, as cicadas are only interested in fluids from plants, they are completely harmless to humans and animals. When they emerge from underground, you will only find cicadas in areas that have had trees present for over seventeen years.

Brood X is primarily found in the eastern United States; in the Midwest, Brood X is only found in a few far eastern counties in Illinois and throughout Indiana. But different varieties of cicadas can be found all over the world, and have been the subject of fascinating folklore and symbolism for a variety of different cultures.

In ancient Greece, it was thought that cicadas were men who were turned into insects from an obsession with the Muses, the nine daughters of Zeus who were each the patron of a different art, and were often depicted telling stories through song as a chorus. Upon hearing the Muses’ songs, some men became so obsessed that they could no longer continue to live normal lives, turning into insects and forever “singing” the song of the muses that lured them into temptation.

Cicadas are also prevalent in Chinese culture, making appearances in artwork as early as 202 BCE, during the Han dynasty, when they were often carved out of Jade. They were seen as creatures of high status and purity, and were often incorporated into fine jewelry and worn as a status symbol. Cicadas signified rebirth and regeneration because of their unique life cycles and hibernation patterns, and were associated with the onset of summer, and the promise of a bountiful harvest. Cicada symbolism could be included in burial procedures as a way to ensure an immortal afterlife for a deceased loved one.

In some Buddhist cultures, the cicada’s journey—first emerging from the ground, then making its way up the tree, finally reaching its adult form and taking flight—is symbolic of the Buddha’s journey of leaving Earthly belongings behind and reaching enlightenment.

While Brood X only emerges from the ground for a brief moment, the mythology and folklore of the cicada has stood the test of time around the world. Visit Spurlock Museum for a more intimate look at these powerhouse insects and the beauty that they represent.