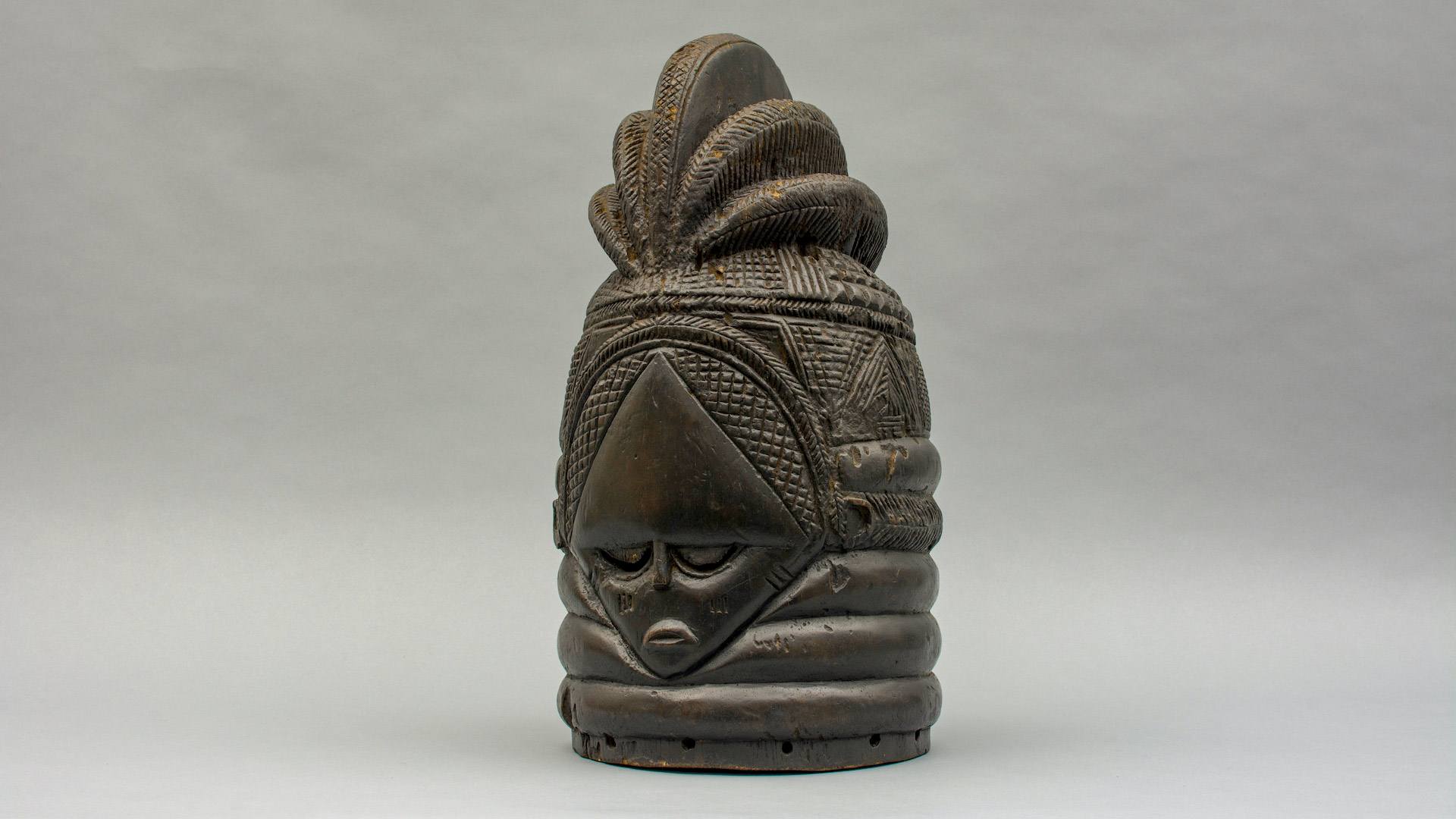 Sororities—organizations of sisterhood and unity—are familiar to most people at large campuses such as the University of Illinois. Historically African-American women had been excluded from sororities, and so in response formed their own.

African-American history and institutions are part of any university community’s complex American identity. However, there is a lack of knowledge about the African aspect of their identities due to the forced migration of West Africans to the Americas and Europe through the transatlantic slave trade. The majority of African Americans do not know the country of their ancestry and therefore what culture to connect to. This can lead to a lack of knowledge about Africa, but doesn’t diminish the desire among African Americans to connect to it.

Sometimes unfamiliar objects in a museum can be linked to familiar concepts in a visitor’s experiences. One such artifact at the Spurlock Museum is the sowei mask. The sowei mask is worn by an all-female initiation society called Sande in parts of Sierra Leone and Liberia. The term sowei refers to a leader of the society and can roughly be translated to mean “great expert.”

The Sande women are a part of the Mende and Sherbro ethnic groups. Girls are initiated into the society around puberty, when they are taught how to take care of their health and beauty, as well as adult responsibilities such as the duties of motherhood. Sande initiation creates a lifelong sisterhood. Despite living in a patriarchal society, these women hold a great deal of political, social, and spiritual power and are highly respected by the community. They are one of the most important societies in their culture, next to their male counterparts, the Poro, as both groups are in charge of education and uniting the community.

Sande initiation ceremonies include masquerades performed wearing the sowei masks. The word sowei also refers to the mask itself, as it is believed to give the mask its own term would take away from its spiritual quality. Only Sande elders can perform in the masquerade, and the performance is held in front of the community, involving them while still maintaining secrecy. This is the only known instance in Africa of women performing such a masked ceremony.

The Sande practices and concepts might be seen as similar to those of sororities on a college campus, especially in the Black community. When a girl joins a sorority, she is a member for the rest of her life. The sorority is meant to foster sisterhood and teach ideals of what it means to be a member of that group. During a probate (the ceremony in which girls come out to the public as new sorority members) there is a performance known as a “stroll.” The specifics of this stroll are known only to the sorority sisters, yet it is performed in front of the public as a way to include everyone in this celebration. The process of initiation, known as “pledging” or “crossing,” is a secret, the practices known only by the members. They engender respect on college campuses and their connections can help them for the rest of their lives. These parallels between Sande and Black American culture allow for a visitor to rethink the idea of African culture as exotic and unknown.

This concept is just one way visitors can rethink African objects and culture the next time they visit the African gallery. It is especially important for people of the African-American community to be able to find ways to connect to these cultures as a means of understanding their own cultural identity. By spreading knowledge of African culture, people can find ways to relate it to their own lives. This will help dispel the exoticization and “othering” of African culture and allow people of African descent around the world connect with a past that was taken from them. 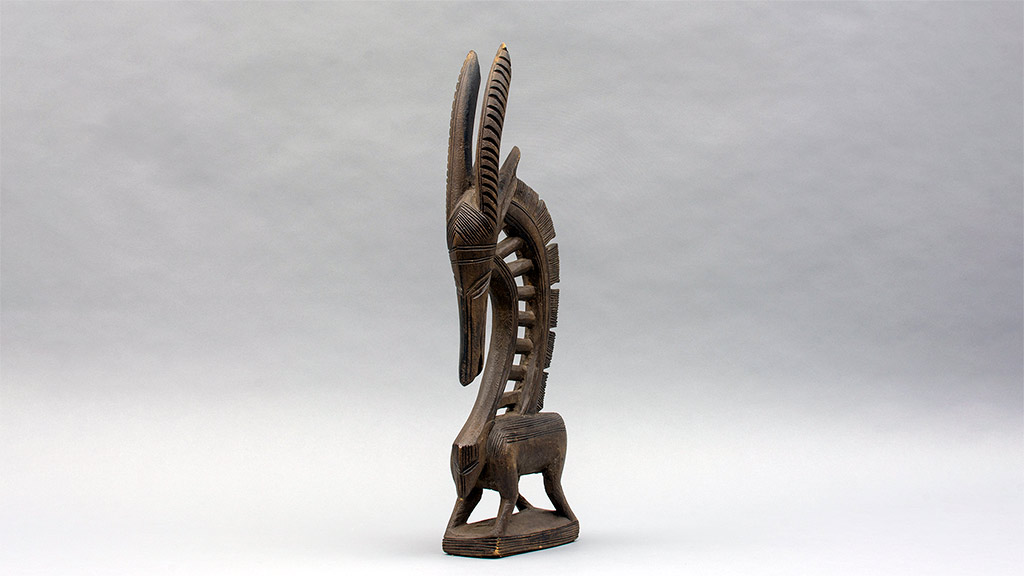 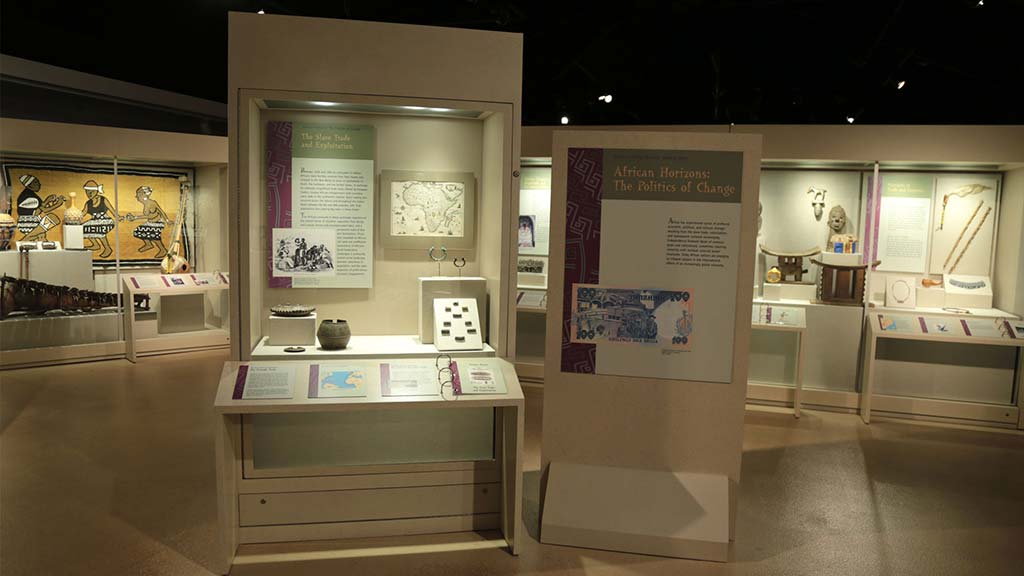