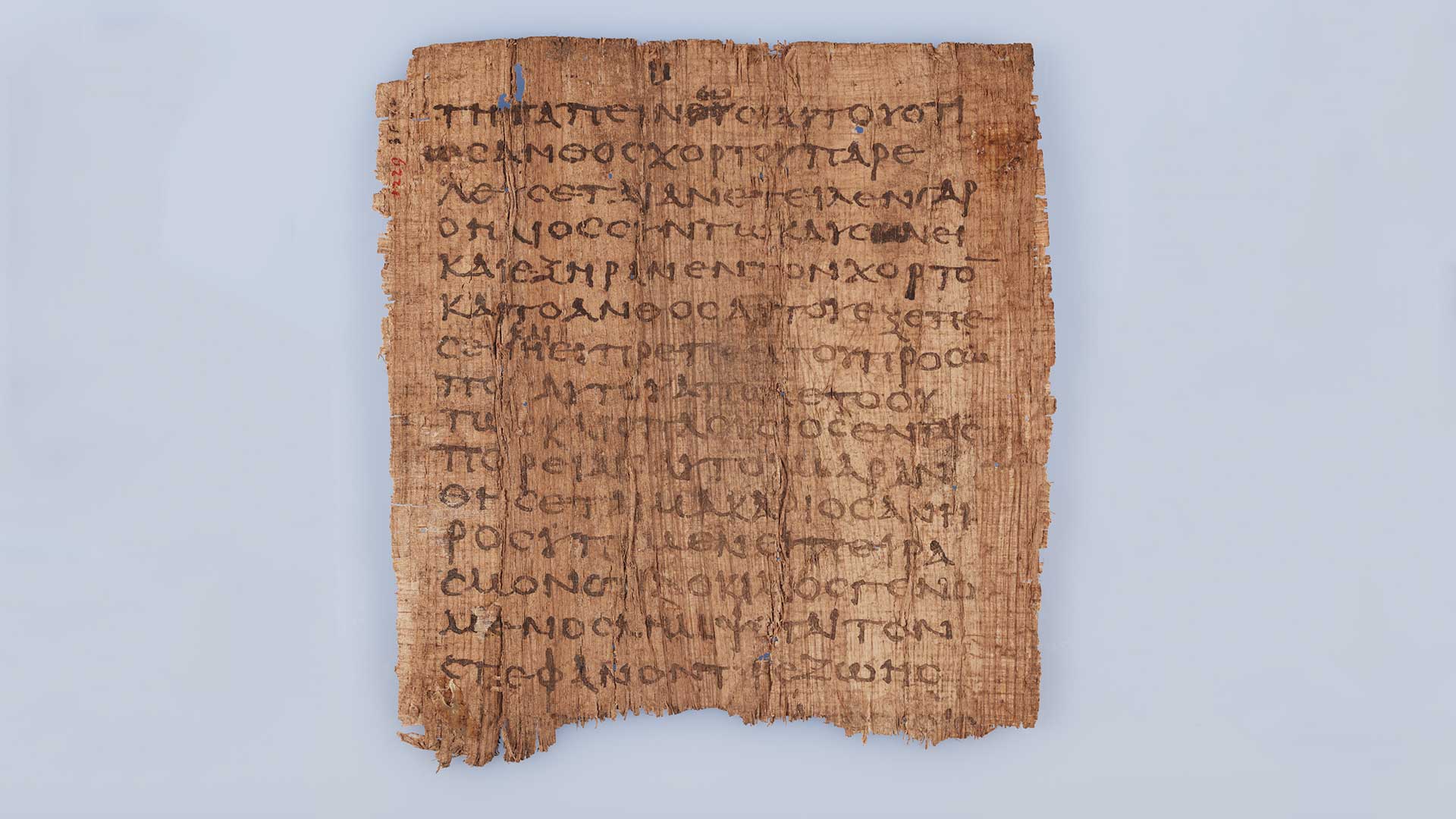 The ancient city of Oxyrhynchus in Egypt is the location of a significant archaeological discovery: the Oxyrhynchus Papyri. Situated about 100 miles south of Cairo, Oxyrhynchus had a large Greek community that ran the local and provincial government during Hellenistic and Roman times. These papyri represent the written remnants of that Greek community within the larger Egyptian/Roman context.

Our fragments date to the 1st–7th centuries CE and represent almost all the types of documents found at Oxyrhynchus. They include fragments of significant literary texts from Euripides and Thucydides, and most importantly, the earliest surviving fragment of a Biblical New Testament book known as the Letter of James. There are also legal documents (sales records, list of tax delinquents, a widow’s plea to a judge to reconsider a case, a will, etc.) and personal letters. Other interesting documents are a wedding invitation that translates to “Eros invites you to a wedding tomorrow the 29th at the 9th hour” and a mummy foot tag.

The Oxyrhynchus Papyri were discovered in excavations by two British archaeologists, Bernard Grenfell and Arthur Hunt, between 1896 and 1907. These tens of thousands of documents dating over a period of about a thousand years (3rd c. BCE–7th c. CE) were found in the town’s garbage dump located on the desert plateau above the city. Most of the documents are government records discarded when they were considered no longer necessary, but many personal documents of private individuals as well as literary and religious texts made their way to the dumps over the centuries. During the first centuries CE, a significant Christian community developed at Oxyrhynchus, and over 1/3 of the world’s earliest known fragments of the New Testament come from this town.

How did the Spurlock Museum wind up with 29 documents from the Oxyrhynchus Papyri? The Egypt Exploration Fund (EEF) of London ran their excavations with the support of private donations from universities, museums, and individuals. Under a system known as partage (sharing), the EEF received the papyri and other artifacts from the Egyptian government. Without a museum of their own, the EEF divided their finds among their sponsors. The EEF allowed private individual donors to choose a museum that would receive artifacts in their honor. Mr. and Mrs. William G. Hibbard, EEF donors from Chicago, designated the Museum of Classical Archaeology and Art at the U of I as recipient for materials from the EEF beginning in 1911. In 1914 the EEF announced a special distribution of Oxyrhynchus Papyri to museums that were already associated with them. The Classical Museum applied for a set and purchased the 29 papyri now in the Spurlock Museum.