Beginning in the 4th Dynasty, an important step in the ancient Egyptian embalming process was the removal of some of the deceased's internal organs. After being wrapped in resin-soaked linen, the organs were deposited in special places in the tomb walls, in pits in the floor, or in a special, compartmentalized container called a canopic chest.

Over time, canopic chests were more frequently used and the organ packages were placed inside jars nested in the chests. Canopic jars were made from a variety of materials, including stone, wood, pottery, and glazed composition. Jars of the Old Kingdom had very simple lids. Middle Kingdom jars have lids that resemble human heads. New Kingdom lids represent the four sons of Horus: Imsety, human-headed, guarded the liver inside; Hapy, ape-headed, guarded the lungs; Dwamutef, jackal-headed, guarded the stomach; Qebhsenuef, falcon-headed, guarded the intestines.

During some periods of ancient Egyptian history, the preserved organs of the embalmed person were repacked within its mummy wrappings. Even so, canopic jars would still be placed in the tombs.

Because unwrapped mummies are often black in appearance, people thought that all Egyptian mummies had been preserved with bitumen, a sticky oil used today to make roads. In fact, the origin of the English word "mummy" is "mummiya", the Arabic word for bitumen. In the 17th century, people considered bitumen a medicine, and consumed the dried flesh of mummies to cure themselves of many ills.

The demand for mummies sky-rocketed and soon people were making fake mummies by covering modern corpses with bitumen and drying them in the sun. The heavy taxes placed on mummy (as the medicine was called) finally caused the trade to decline, though it continued into the early nineteenth century. 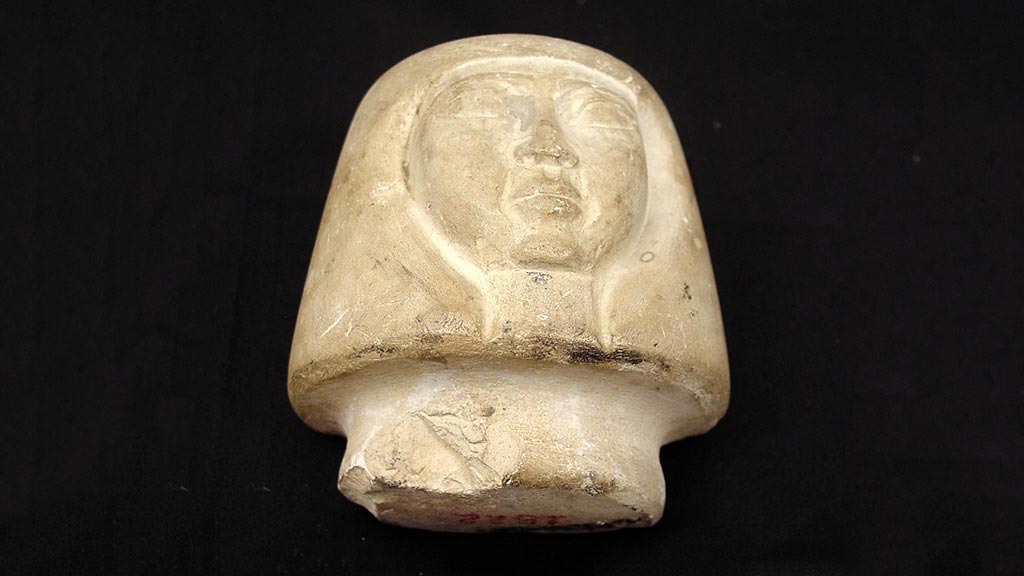