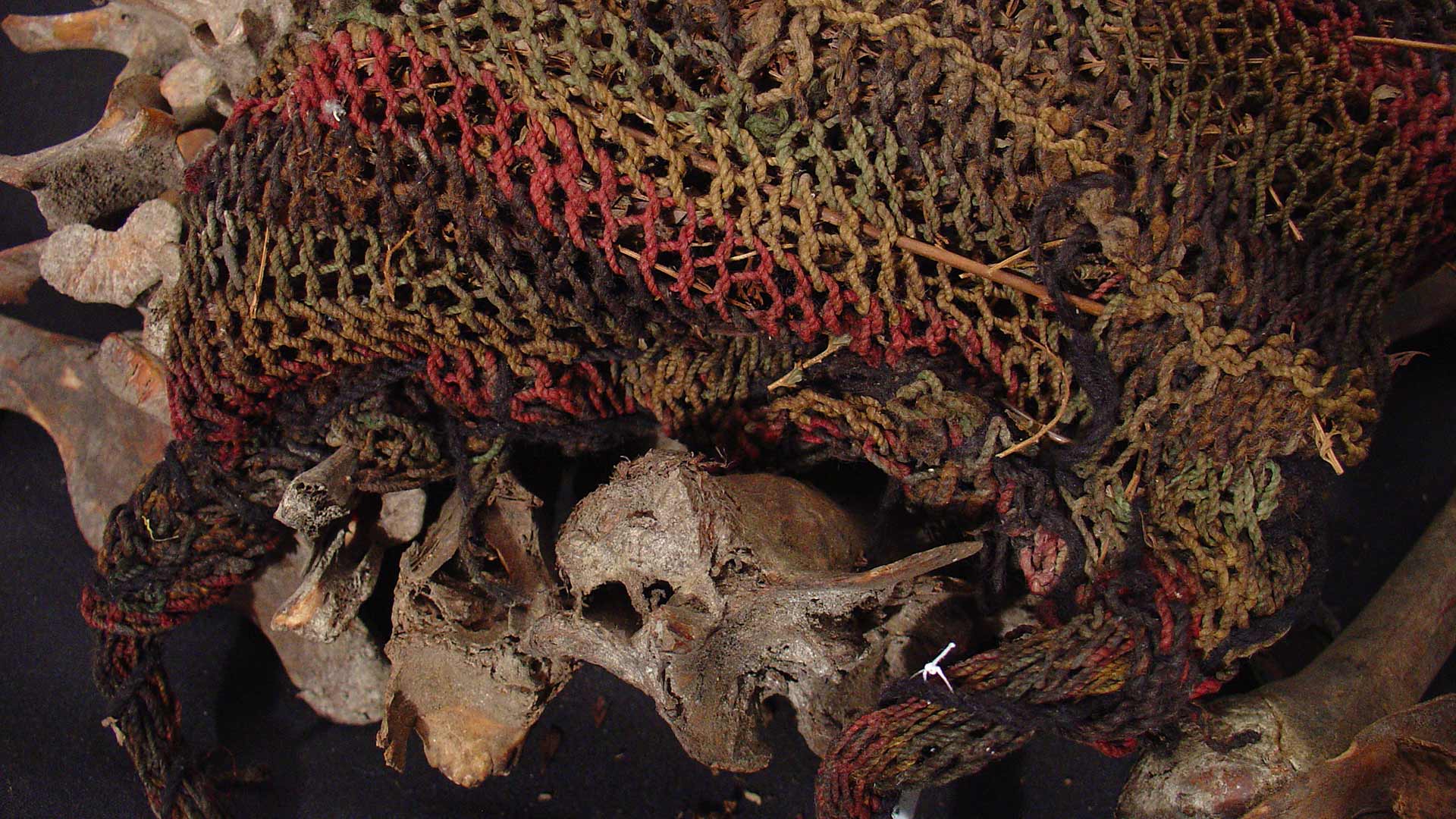 This bag is characteristic of string bags, called bilum bags, commonly found in Papua New Guinea. These bags are used by both men and women and are made in many different sizes. The purposes for the bags range from carrying babies and belongings to catching fish. Some bags have ceremonial significance and may symbolize a person in mourning or a person who is coming of age. How a bag is constructed depends on its purpose, and different looping techniques can indicate the intended use of a bag. This particular bilum bag also has pig bones attached to the outside and dried plant materials inside. We believe the bag may have been purchased in the 1980s.

The purpose of this particular bag is currently a mystery. A tag identifies it as a medicine bag used in curing ceremonies. Other scholars believe that it may have been used as "hunting magic," and brought on hunts to bring the hunter good luck. Pigs are a valuable source of food as well as a source of prestige, which is why attaching pig bones to a bilum may be associated with magical power. The size and shape of the loops look similar to the looping technique called "naamba men," a decorative technique from the Central Highlands. Bags made with this type of looping are generally used to carry personal belongings. For several reasons, our bag was probably not used to carry personal belongings: it is filled with plant material that falls out of the loops when the bag is moved, it is sewn shut, and there are cumbersome bones all around the outside. To help solve this mystery, Professor Janet Keller, Curator of the Spurlock's Oceanic exhibit, plans on doing further research while on sabbatical in Papua New Guinea next year.