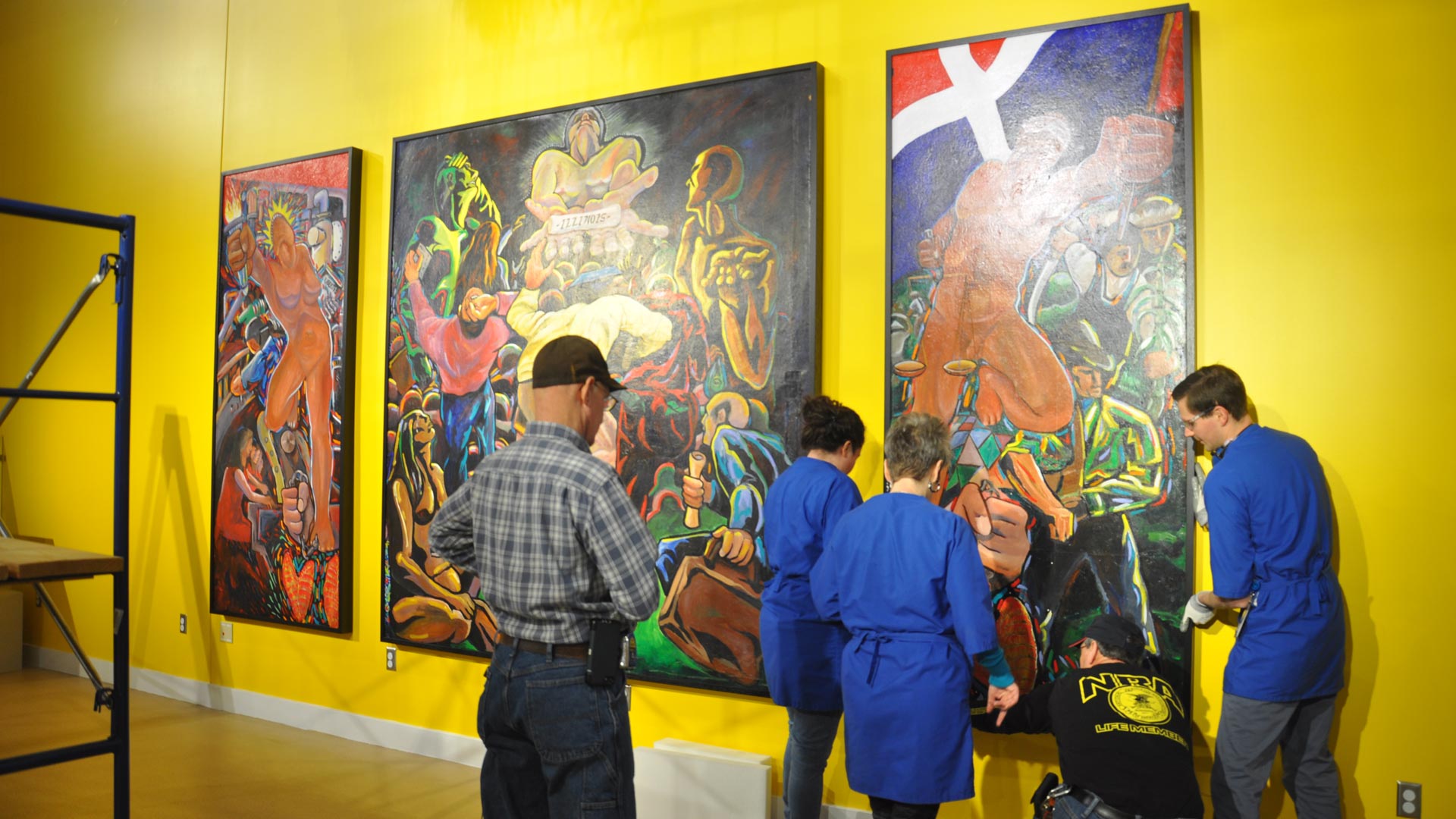 After 46 years, panels of the mural Oscar Martínez created in 1974 have been relocated to the Illini Union and the Spurlock Museum. The Museum recently worked with La Casa Cultural Latina, the Department of Latina/Latino Studies (LLS), the University, and the Office of Facilities and Services in order to preserve and install Oscar Martínez’s mural at both of these locations.

Christa Deacy-Quinn, Spurlock Collections Manager, worked with Brent Lewis of Facilities and Services in order to find a conservator company to take care of the mural panels. She also helped with guiding the installation process at both locations. The challenge with these mural panels is that they had been painted directly onto the walls and wallpaper of the previous La Casa, which made it difficult to remove and reinstall. The process of safely removing the panels and successfully reinstalling them was essential to reinvigorate the life, history, and future of the mural. They’re now on display at the Union in the southwest hallway, and in the Americas gallery at the Museum.

Mr. Martínez’s mural used to be housed in the former building for the Department of LLS and La Casa. Through student efforts, the decision for Oscar Martínez to come back in order to renovate the mural in 2004 (after first creating it in 1974–1975) was made. Once again through community efforts, these symbols of resistance and culture are now in 2 celebrated campus locations. It is important that the panels are recognized and preserved in different parts of our campus in order to celebrate our Latinx culture and community.

More history on this mural can be found in our New Americas Module: The La Casa Cultural Latina and Department of Latina/Latino Studies Mural blog post and in the article “An Act of Defiance Becomes a Symbol of Change” at the Illinois STORIED site, which also includes a behind the scenes video of its conservation and a 360° virtual tour of the previous La Casa at Chalmers Street. 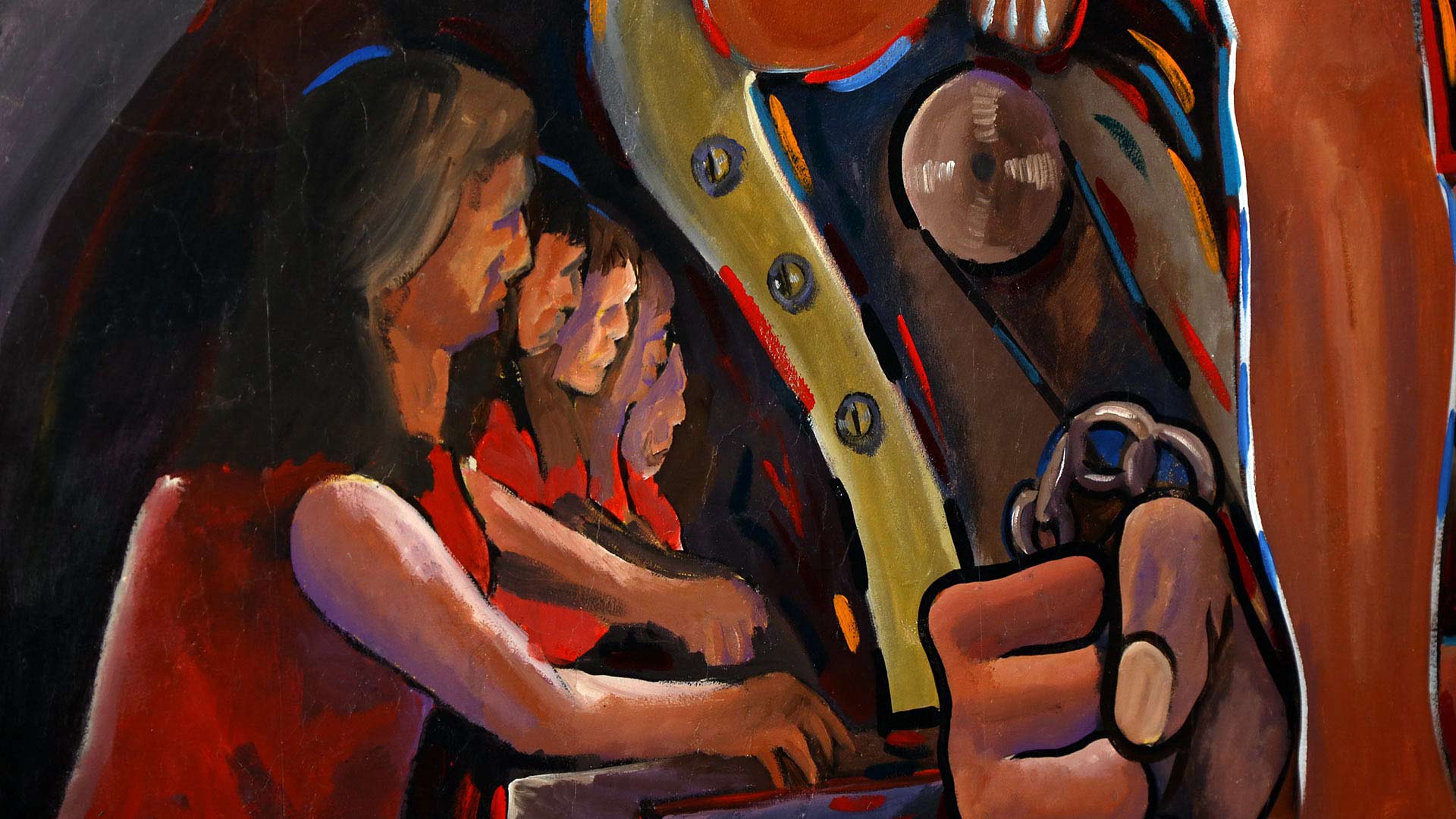 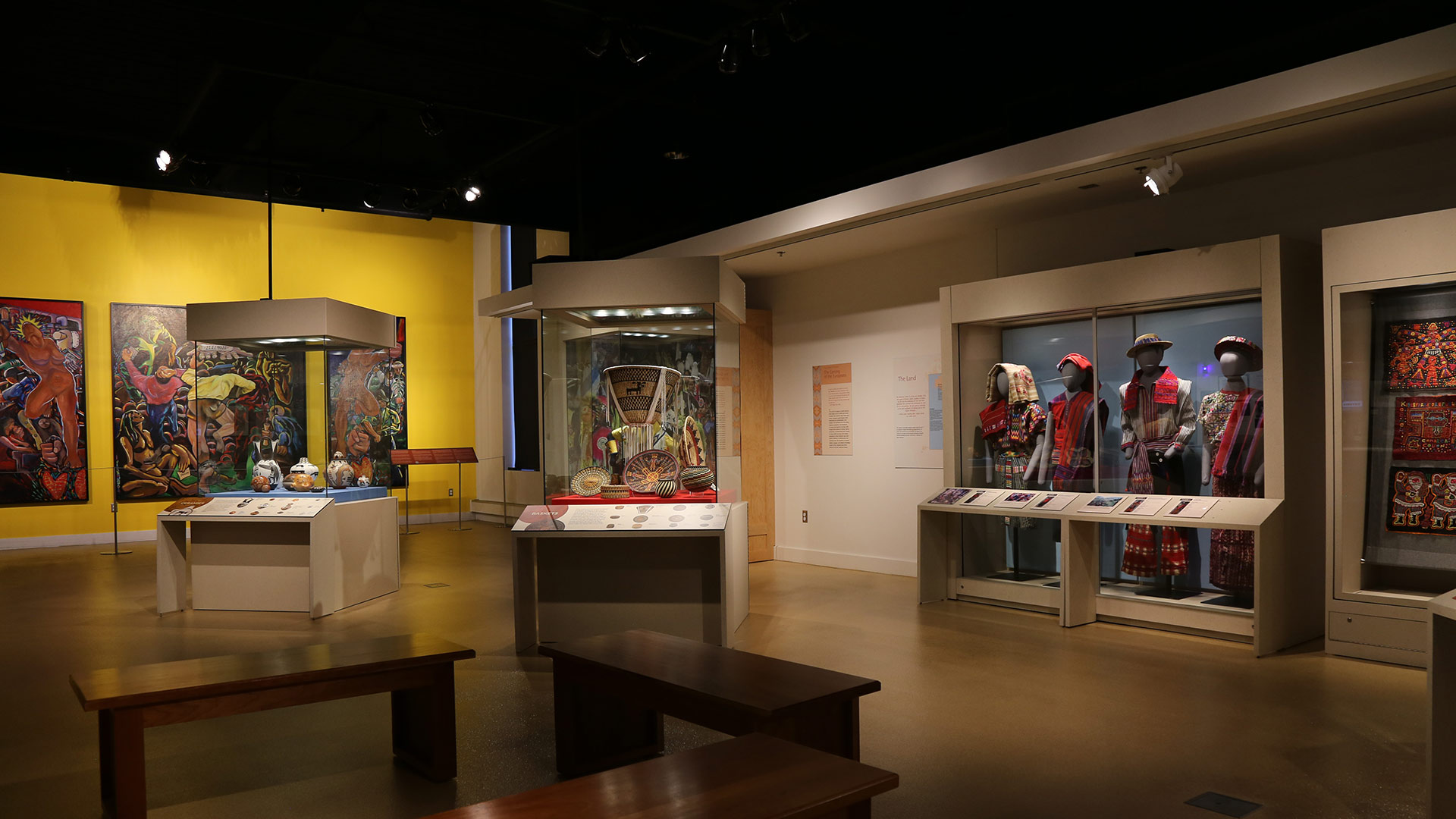