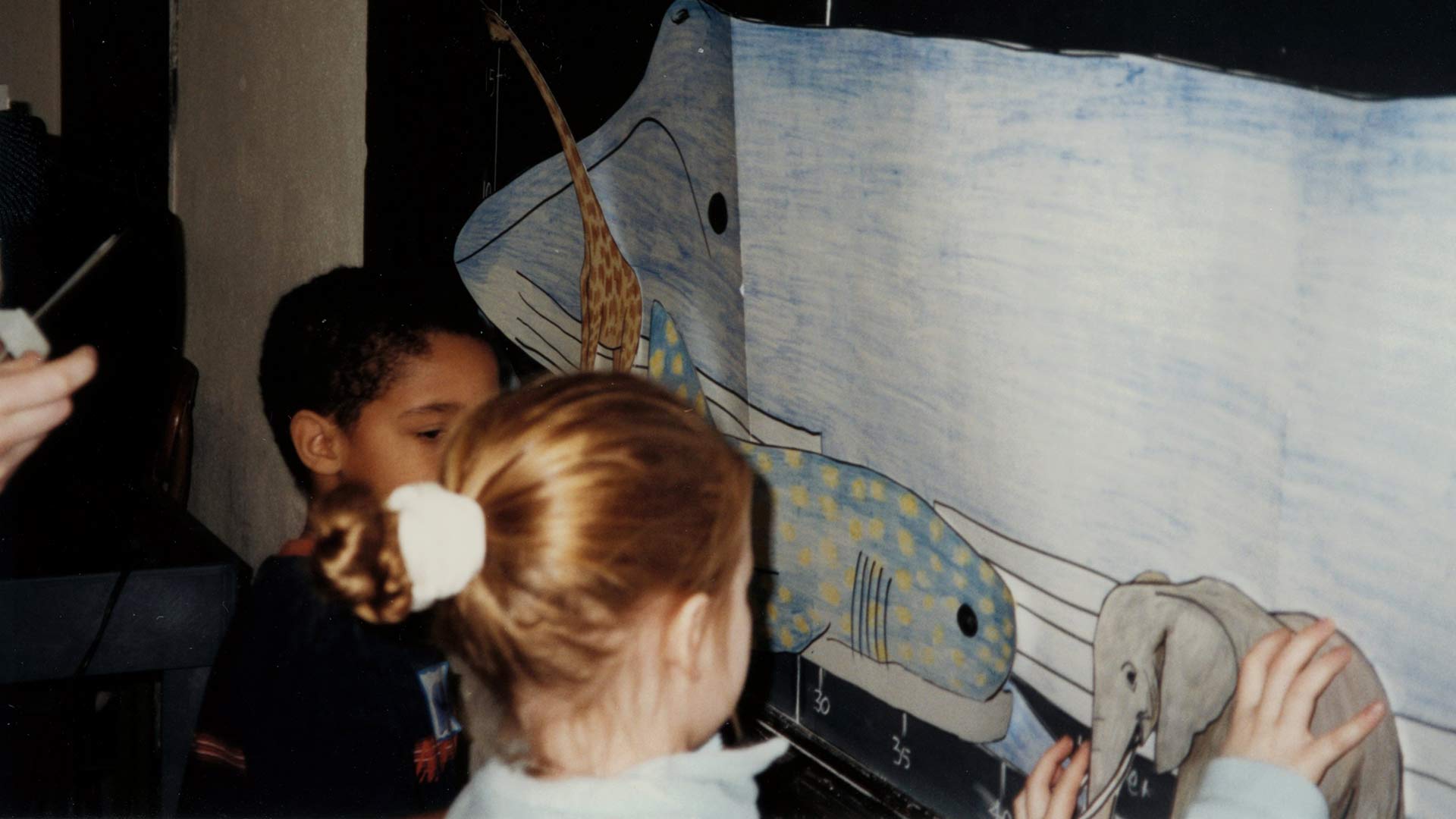 Just how big is a big animal? Big!

The participants in "The Big" Saturday Safari about the giants from a variety of animal species (even humans). From the blue whale and the elephant to the capybara (the largest rodent) and the komodo dragon, these kindergarten and first grade students discovered that being a big animal had both its advantages and disadvantages.

After each activity, such as measuring and running the length of a blue whale, learning how a whale shark using its baleen, walking like a giraffe and making origami whales, the class received clues about the days Mystery Big Animal. (Clue #4 What animal has eyes the size of basketballs?) After much suspense and much guessing as to its identity, the class finally met the mystery animal, the giant squid.