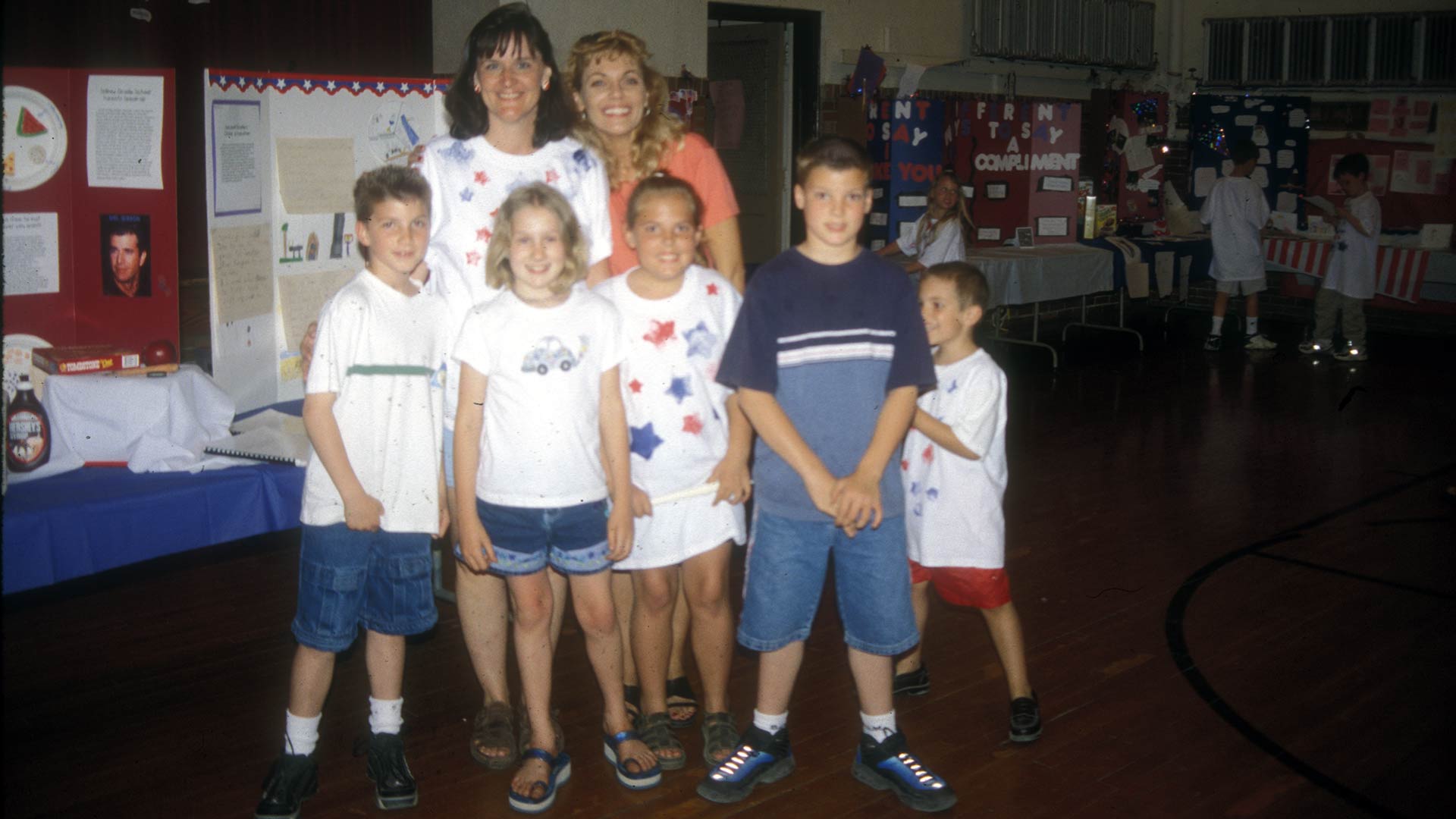 During the spring, 2001, semester, Sidney Grade School became Spurlock Museum South. In a semester-long museum/school collaboration, nearly 200 students, grades K–3, filled their gymnasium—twice—with class-created museums. Each museum was filled with opportunities for interaction. Visitors could inspect owl pellets, vote on their favorite brand of fast food french fries, or make shadow animals on a projection screen. Exhibition day was celebrated with a family picnic on the school grounds and an evening concert of patriotic music.

The students began with a practice museum that informed visitors about units each class had covered the previous semester. Exhibits taught information on eight different subjects ranging from Native Americans to Rudolph the Red-Nosed Reindeer.

The final museum honored the Four Freedoms (Freedom from Want, Freedom of Worship, Freedom from Fear, and Freedom of Speech), as expressed by President Franklin Roosevelt and illustrated by artist Norman Rockwell. For example, The Freedom from Fear exhibit featured a Bravery Museum. There visitors faced such challenges as tasting food that was not its usual color and holding a hissing cockroach.

The project was supported by a grant from the Illinois State Board of Education, which allowed for a strong, well-developed collaboration between the school staff and Kim Sheahan, the Museum's assistant director of education. Through a series of meetings, the team designed lesson plans and arranged times when Kim would teach exhibit creation in the classroom. It was a wonderful learning experience for everyone involved.