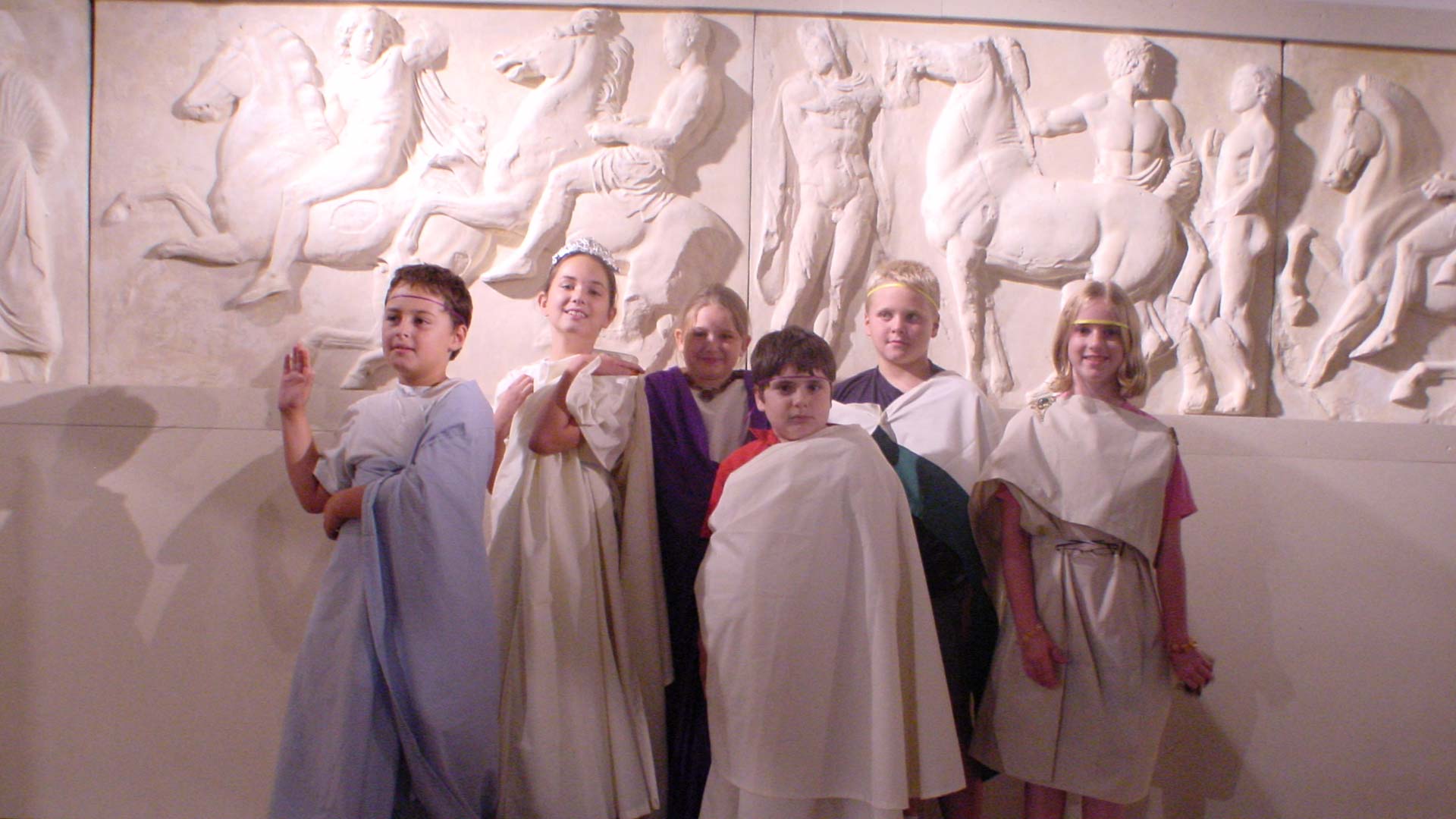 The Museum staff loves to collaborate with local educators, and when a call came in requesting Museum programs for the Urbana Park District's Ancient Explorers summer camp, the tie-ins were obvious. Over the course of the two-week camp, the Explorers visited the Museum 3 times: once for a general tour with extra time on Africa, once to study ancient Egypt, and once to learn more about the ancient Mediterranean.

The program in the Ancient Mediterranean Cultures Gallery covered many aspects of ancient life: religion and mythology, warfare, pottery, clothing, and the Olympic games. The students heard the stories of the hero Perseus and the end of the Trojan War. They searched the gallery for examples of Greek pottery shapes and for evidence of the different styles of clothing worn in the ancient world as seen in paintings, reliefs, and free-standing sculpture. As a clothing style was discussed, one of the students was then dressed in that outfit. Everyone had a wonderful time and we got some great pictures to share. 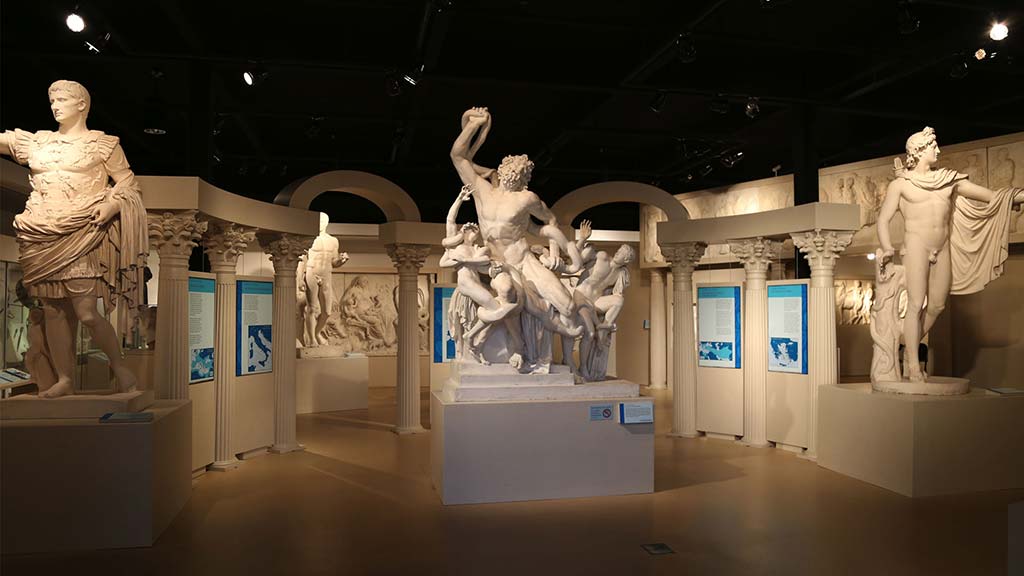 Ancient Mediterranean: "The Dawn of the Individual" Permanent Exhibit