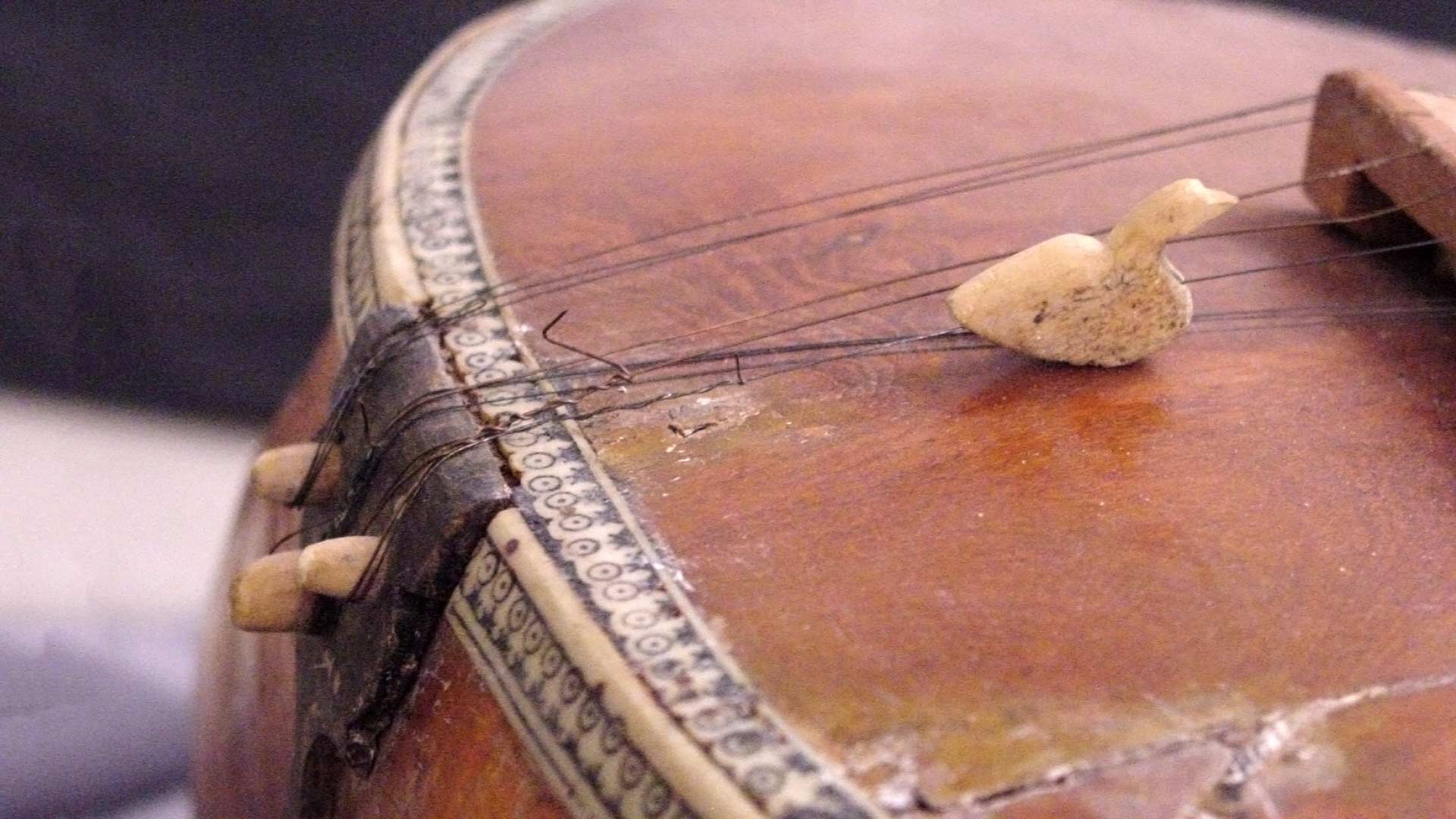 A blend of cultures and materials, the sitar has been a staple of Hindustani music in India for more than 300 years. The sitar is one of the best-known and easily recognizable of the Indian instruments. Legends trace the origins of the sitar to the thirteenth-century poet and philosopher Amir Khusru; however images of the sitar only begin to appear ca. 1800, making this explanation unlikely. Other oral traditions trace the sitar to another Amir Khusru, an Indian holy man who lived during the eighteenth-century. What is clear is that the sitar emerged out of the musical traditions of many cultures.

In the early sixteenth-century the Mughals, led by Zahir-ud-Din Babur, moved across Asia and began their invasion of India. The Mughal Empire was Islamic, whereas most of the population of Hindustan (India) was Hindu. Under the rule of Babur’s grandson, Akbar, the empire made great strides in reconciling differences between the two cultures. His successor, Jahangir, married a Persian princess named Nur Jahan. After their marriage, the Mughal imperial court became a center for Persian artists, poets, philosophers, and musicians. Most likely, the sitar emerged as a melding of Persian lutes, known as sehtars, with the lutes of northern India. The sitar is a legacy of the cultural integration that existed during periods of the Mughal Empire.

The sitar can be made from a variety of materials such as bone, metal, wood, gourds, bamboo, and sometimes ivory. Characteristically, the sitar is made out of large gourd that acts as a resonator, a long wooden neck, and a varying number of strings, with seventeen being the standard. The frets are made out of curved metal rods that allow for great variation in tones. A series of unplayed strings run under the metal frets and vibrate whenever the corresponding note is played. A high level of craftsmanship is involved in making a sitar, shown by a sophisticated degree of decoration. Many sitars are decorated with ivory inlays, ornately carved tuning pegs, and wooden leaves.