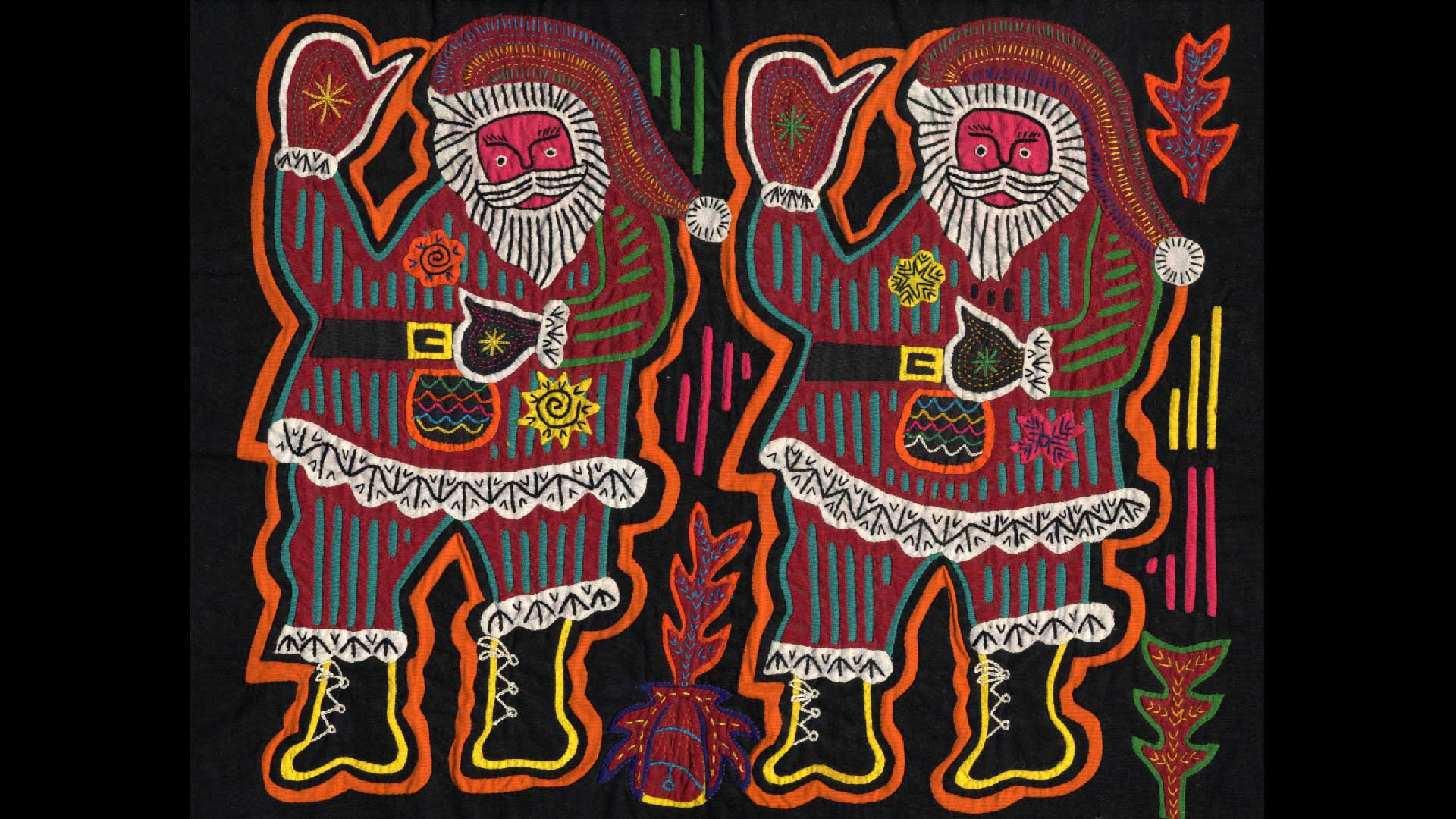 Spurlock’s Americas gallery has several new exhibit cases highlighting cultures from across the western hemisphere. These include displays of objects from western Illinois, the US Southwest, Guatemala, Panama, and the Arctic. This post will focus on the current selection of molas from northeastern Panama.

These 2-sided appliqué pieces are made by the Kuna indigenous people of the San Blas Islands in northeastern Panama, in their autonomous territory known as Kuna Yala (Kuna land).

The origin of molas is found in the pre-Columbian body painting and body adornment bark painting by women. The Kuna later replicated these designs in imported cotton cloth and threads and then elaborated creatively on the designs.

The making of a mola is very labor intensive. Many of the finest molas are made by women for their own use. When the makers tire of the design, they put the exquisite pieces up for sale directly to tourists or to commercial entities that market the artworks throughout the world.

The Spurlock Museum has approximately 80 molas, of which 6 are displayed in the new case between the North and South American exhibit areas. The range of subjects depicted in those on display include various animals, an octopus-human figure, geometric patterns, a religious scene, and even Santa Claus.

Want to know more? Look for an expanded version of this article in our 2019 magazine. 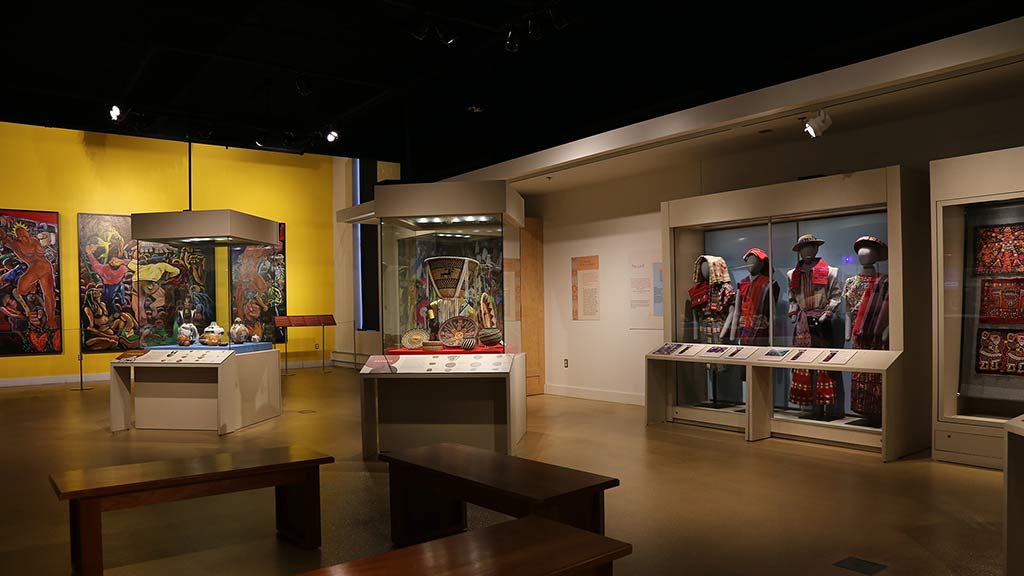 North and Central America: "Many Nations, Many Peoples" Permanent Exhibit