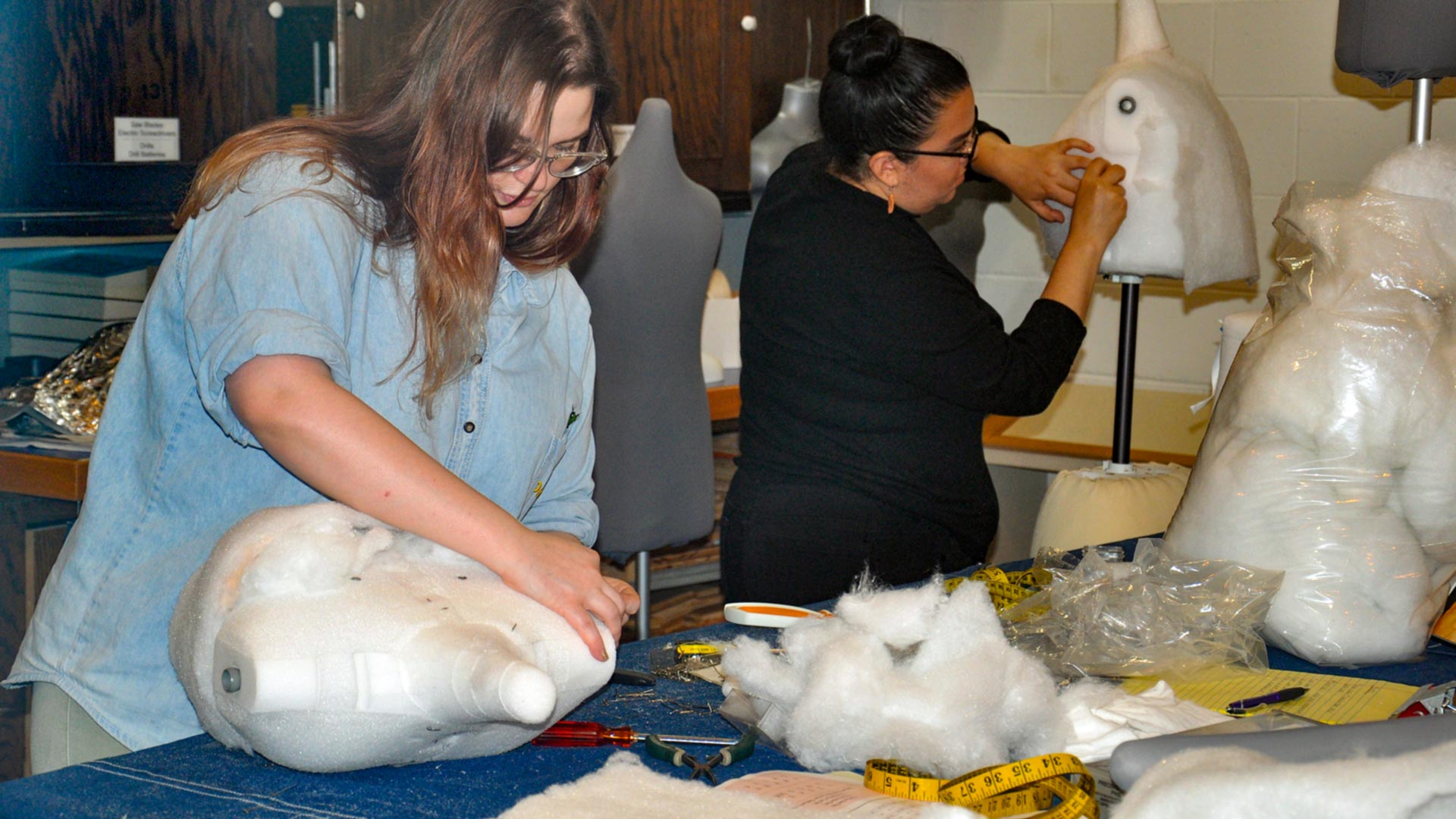 Student Involvement in Creating the In Her Closet Exhibit

In Her Closet—How to Make a Drag Queen takes a step into the closet of a drag queen and highlights the aesthetic practices of the costuming and styling that make her fabulous. The exhibit showcases a selection of costumes and materials donated by several drag performers connected to the Champaign-Urbana area.

Curating In Her Closet was truly a community effort. The Spurlock Museum worked with both local drag queens, as well as with undergraduate and graduate students from the University of Illinois. The main part of the exhibit is the runway with mannequins displaying stunning costumes, which was mostly the work of students. Here are some of the students who made this exhibit possible:

When developing an exhibit like In Her Closet, student passions and skills can be used in many different and interesting ways, which the Museum is grateful to facilitate and use.

Why a Drag Exhibit at the Spurlock Museum?

2019 marked the 50th anniversary of the Stonewall Riots. Stonewall Inn was a gay bar in New York in the 1960s, during a time when the solicitation of same sex relations was illegal and police harassment of gay bars was incessant. Stonewall Inn became a key gay bar, one that was spacious, cheap, and welcoming of drag queens. When the police raided the bar and aggressively manhandled people, patrons and residents began to throw things at the officers, fed up with the constant harassment and discrimination. The Stonewall Riots serve as an important event in the history of LGBTQ+ resistance. In our Champaign-Urbana community, Chester Street Bar was an iconic bar (open since the 1970s and also where Sasha Velour performed before going to RuPaul’s Drag Race) for the local LGBTQ+ community before closing in 2017. Chester Street Bar had been one of the only places for drag shows in Champaign-Urbana. Recognizing our own local community of drag artists, the 50th anniversary of the Stonewall Riots, and the popularity of RuPaul’s Drag Race, In Her Closet serves as a way for the Spurlock Museum to highlight and honor the community by exploring gender, performance, and healing in a way that is truly empowering for our community.

In Her Closet—How to Make a Drag Queen Temporary Exhibit