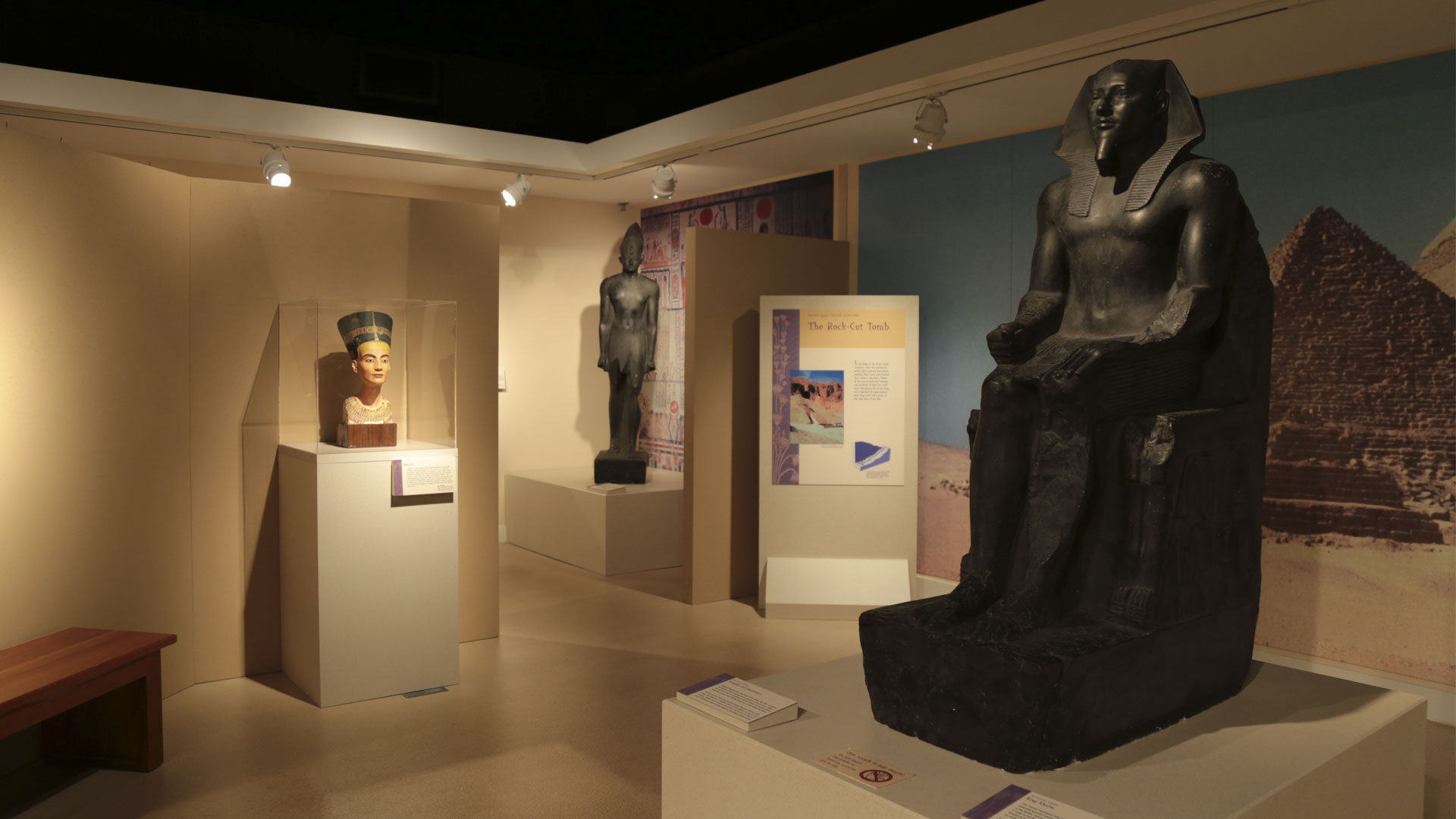 Egypt: "The Gift of the Nile"

For 3,000 years, the ancient Egyptians enjoyed a civilization of unparalleled stability. Their culture was defined by the Nile Valley environment—the annual flooding of the river, the animals supported by its waters, and the cycle of the sun. Beliefs, rituals, and gods evolved from an attempt to explain this natural world; religion and life became one. Agriculture, astronomy, medicine, geography, art, and civil law—virtually every aspect of Egyptian culture—were manifestations of religious beliefs.

An important feature of Egyptian culture was the awareness of death and the preparations made for life after death. Tombs, planned and prepared from a person's early adulthood, provided both a safe home for the body and a continuous supply of the materials necessary for a comfortable afterlife.

All objects in this exhibit
Egyptian Mummification Online Exhibit