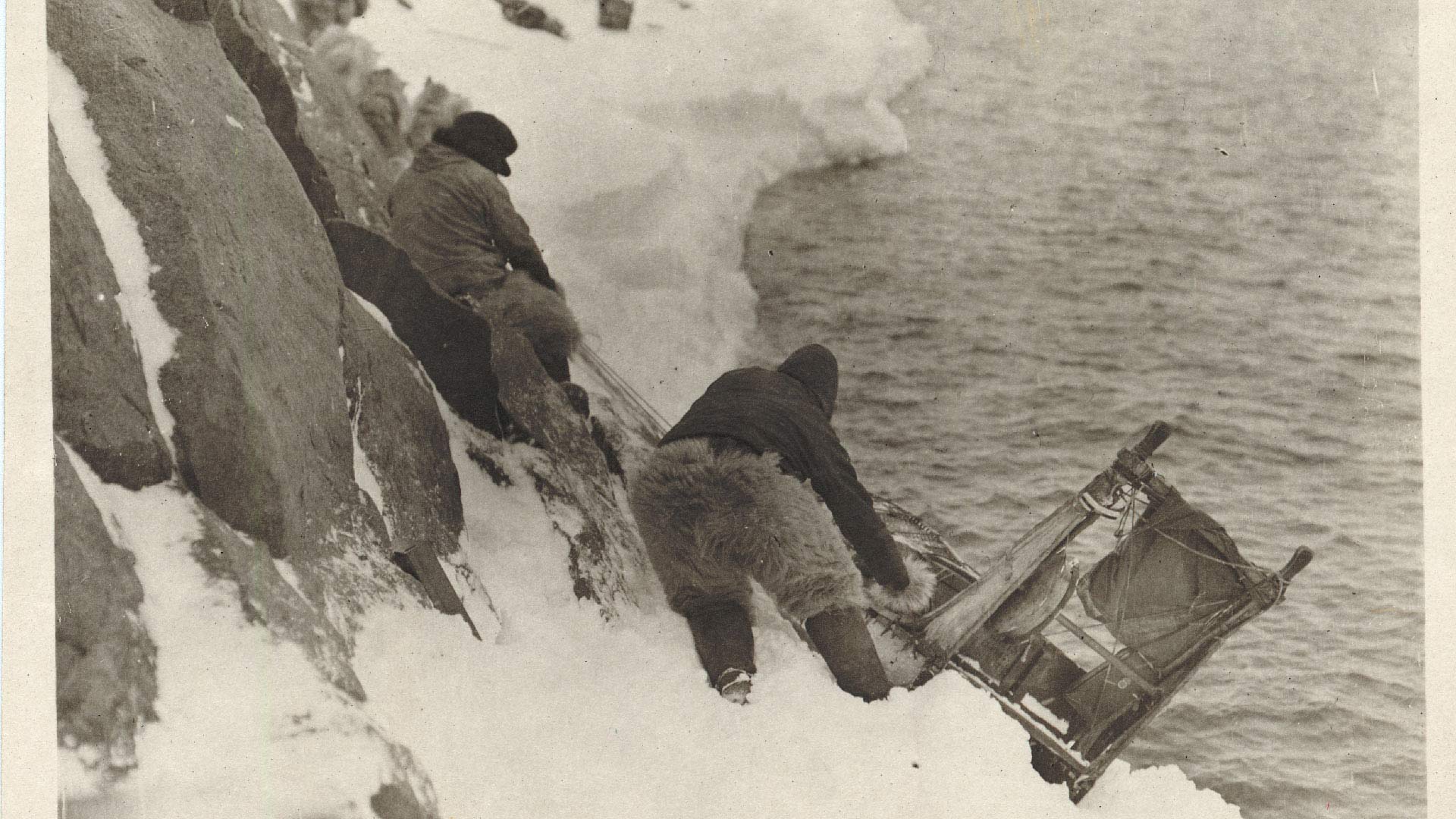 Spurlock’s Americas gallery has several new exhibit cases highlighting cultures from across the western hemisphere. These include displays of objects from western Illinois, the US Southwest, Guatemala, Panama, and the Arctic. This post will focus on the current selection of objects from an Inuit group in northwest Greenland.

In 1913, seven Americans set out on a scientific expedition to explore Crocker Land, a land mass thought to be over a hundred miles across the Arctic Ocean from the northeastern tip of Canada. Organized by the American Museum of Natural History in New York, with support from the American Geographical Society and the University of Illinois, the party hoped to explore and map Crocker Land. Their additional tasks included searching for other unknown lands, reaching the central ice cap of Greenland, and undertaking a range of study in natural sciences and anthropology. The Spurlock Museum holds about 270 cultural objects and 4,500 photographs from the Crocker Land expedition.

Greenland has been inhabited for over 4,000 years. The groups of Inuit living in northwest Greenland call themselves Inughuit. They are descendants of people from Canada who began arriving in Greenland in waves by around 1200 CE. Etah, where the expedition was based, was one of the northernmost settlements in the world. The Inughuit hunted land and sea mammals and birds for most of the essentials of life: food, clothing, transportation, tools, shelter, heat, and light. The selection of artifacts and photographs currently on display focuses on water- and land-based hunting.

Artifacts and photographs can tell us a lot about a culture, but they can’t tell us everything, particularly when they have been transmitted by outsiders to that culture and were accompanied by little contextual information. If your coffee cup, light bulb, or doll went on display at a museum thousands of miles away, a hundred years in the future, what could it tell strangers about you, your family, or your community? How accurate and thorough a story could that be?

Previous Post: All Eyes on Eyrops
Next Post:Here Be Dragons